Participants of the Northern Rivers and North West racing community came together for a Racing Mates BBQ at the Inverell race meeting last Friday (20th May).

Following consecutive yearly floods that affected much of the regions, participants were treated to a sausage sizzle and ‘a chat’ which was hosted by Racing Mates ambassador, Pat Webster. 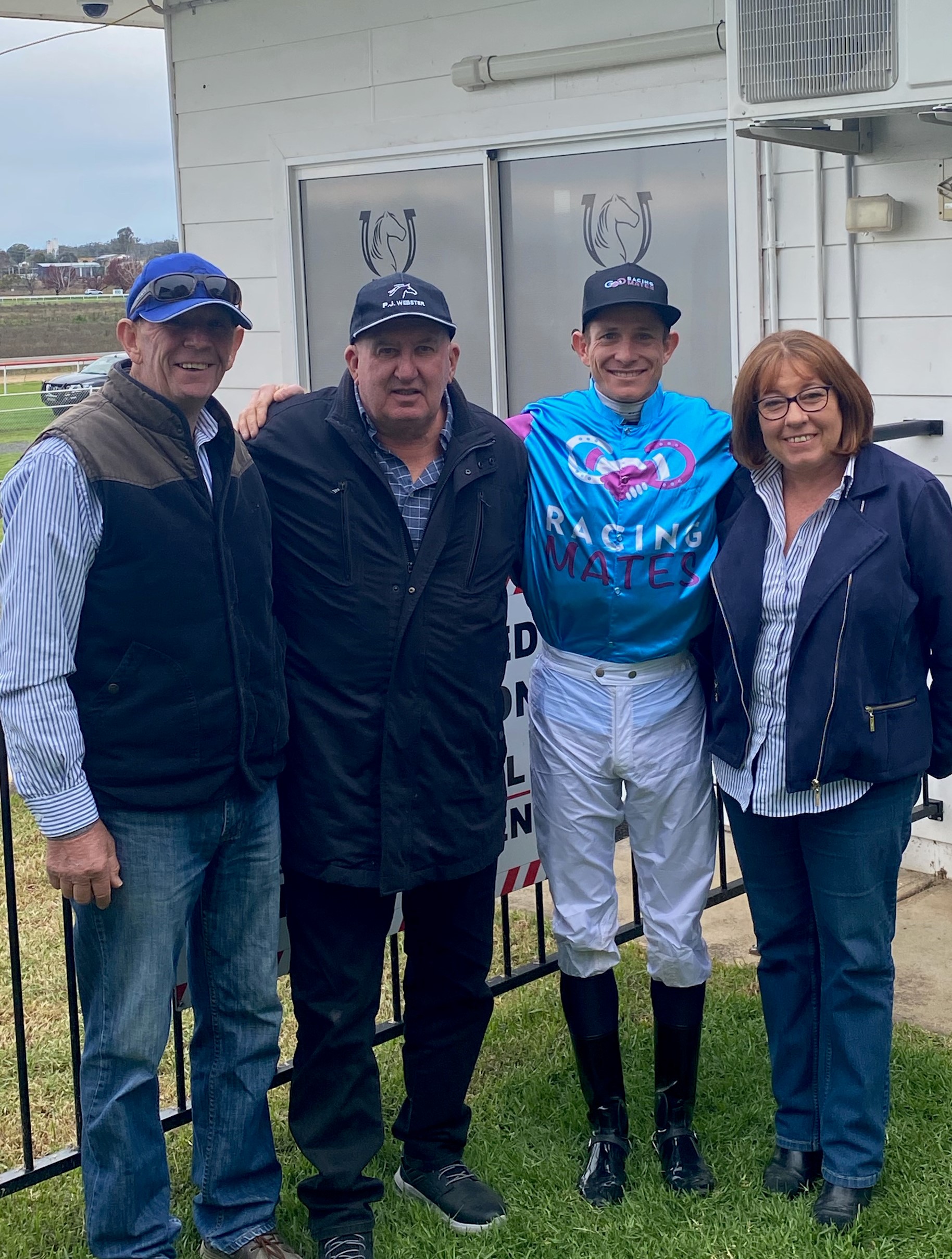 “Most importantly, its about getting participants to talk to one another,” Webster said.

The day was a success, thanks to the support of Inverell Jockey Club which provided the BBQ and helpers to man the tongs.

“Racing Mates is extremely grateful for Inverell Jockey Club and their secretary, Karen Fontane for hosting the BBQ,” Webster said.

“The support of race clubs is crucial to the success of our Racing Mates get-togethers, which provides the opportunity for participants to come together and talk to one another.

“Sitting down for a chat can make all the difference in someone’s life and Racing Mates plays an important role in providing the link between those in need and the required support.

“The sausage sizzle also provided further relief to participants on what was a cold day.”

Jockey Danny Peisley is among the many participants to praise the Racing Mates initiative.

Following some ups and downs, Peisley has been able to get his career back on track thanks to the help of Pat Webster and Racing Mates.

Peisley has already ridden his share of winners in his recent comeback, topped off by taking out the Inverell Cup in January aboard the Wayne Oakenfull-trained Renegade.

“Pat has been such a positive influence and has regularly kept in touch which has helped me change my life with positive things,” Peisley said.

“Having someone to talk to has made a huge difference. Racing Mates regularly assists other participants who are in need.”

“The day was a great success at bringing participants together and we look forward to continuing this initiative,” said IJC's secretary, Karen Fontane.

Further information about Racing Mates and its Ambassadors can be found at online at racingmates.com.au