Baker Racing Manager, Jack Bruce, provides an insight for punters on revealed form and debut maidens throughout eight TAB races at the popular track, where the feature is The Oriana $65,000 Orange Gold Cup (2100m). 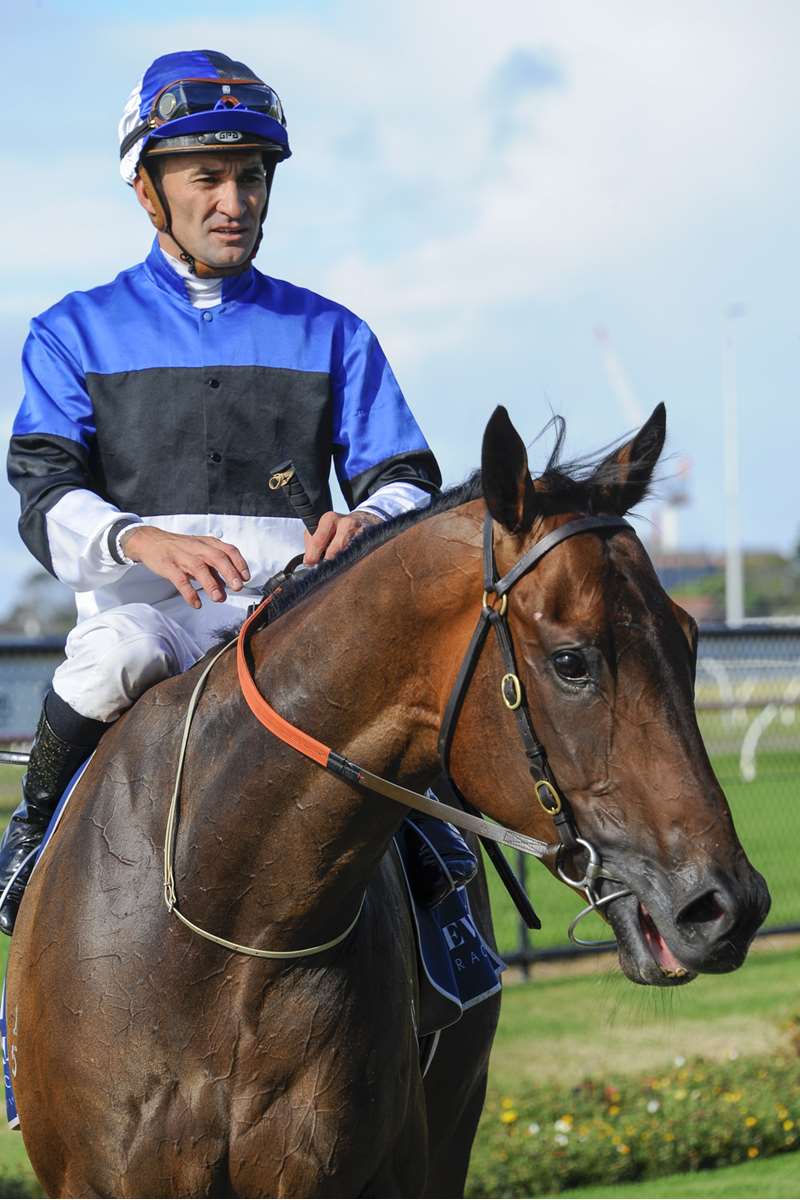 Corey Brown returns after winning on Soldier of Love at Newcastle. Image by Bradley Photographers

Chad Lever is the jockey to follow, on the majority of Baker contenders, as well as credentialed runners for other stables.

The Baker team is buoyed following a recent Warwick Farm winning double and have been prolific winners at Orange and record-setting at Bathurst.

The strongest Baker and Lever push is for promising three-year-old dual-race winner Soldier of Love, who was nominated for the Cup but instead of taking on older performed stayers, will contest a restricted BM 66 1600m.

In the On-Trac AG $30,000 race, Soldier of Love, coming off a Newcastle win and Wyong placing, carries 59kg for Lever from an ideal barrier 2.

“This race was the better option, he’s really progressed this prep, won well at Newcastle and his Wyong placing was also solid in the heavy. And he’s back a little in grade here,” Bruce offered.

Strong finisher and consistent galloper Big Bad Bruce has accepted for the opening event from a wide draw and also at Newcastle with a decision yet to be made.

“This mare can be a big improver, she’s trialled well, had no luck caught deep last start and she’s fitter getting out to her right distance range.”

Bruce assessed debut youngsters, Glamarama in the fourth race maiden, and Scarab and O’Mudgee in the fifth, also a maiden event.

“Glamarama is a filly with ability, she had some setbacks so we turned her out after she trialled nicely last prep. But she’s trialled up well again to return.

“She’s got a soft drawn for the ‘1000’ at this stage, but she’ll be more effective getting out to 1200m or further. Scarab and O’Mudgee have both trialled well enough to be competitive.”

The Lever-ridden Baaed is the horse to beat coming off a Bathurst win and placing into an Angullong Class One (1400m).

“He’s fitter, drawn ideally and coming back in grade from a strong race at Muswellbrook,” Bruce said.

Significantly, the Pins three-year-old gelding started a short-priced favourite on race debut in a strong Hawkesbury maiden in September. He showed similar ability in subsequent Rosehill Gardens trials leading up to his appealing Bathurst form.

Performed track specialist Cowboy’s Karma is the galloper to beat in the Gold Cup after his dominant front running win over topweight Letter To Juliette in the recent Cup prelude.