Lismore trainer Daniel Bowen, fresh from posting his first ever treble last Saturday, can maintain that winning momentum when his talented mare Queen Of Kingston steps out at Grafton on Friday.

Queen Of Kingston ($2.40 favourite on TAB fixed odds), having her first start since her terrific fourth behind exciting prospect Noble Boy in the $500,000 Country Championships Final (1400m) at Randwick on April 6, takes on a smart field of sprinters in Friday's Brushgrove Cup (1215m).

Bowen is confident the mare can maintain her excellent record at Grafton on Friday and possibly earn a crack at much tougher opposition in Brisbane in the coming weeks. 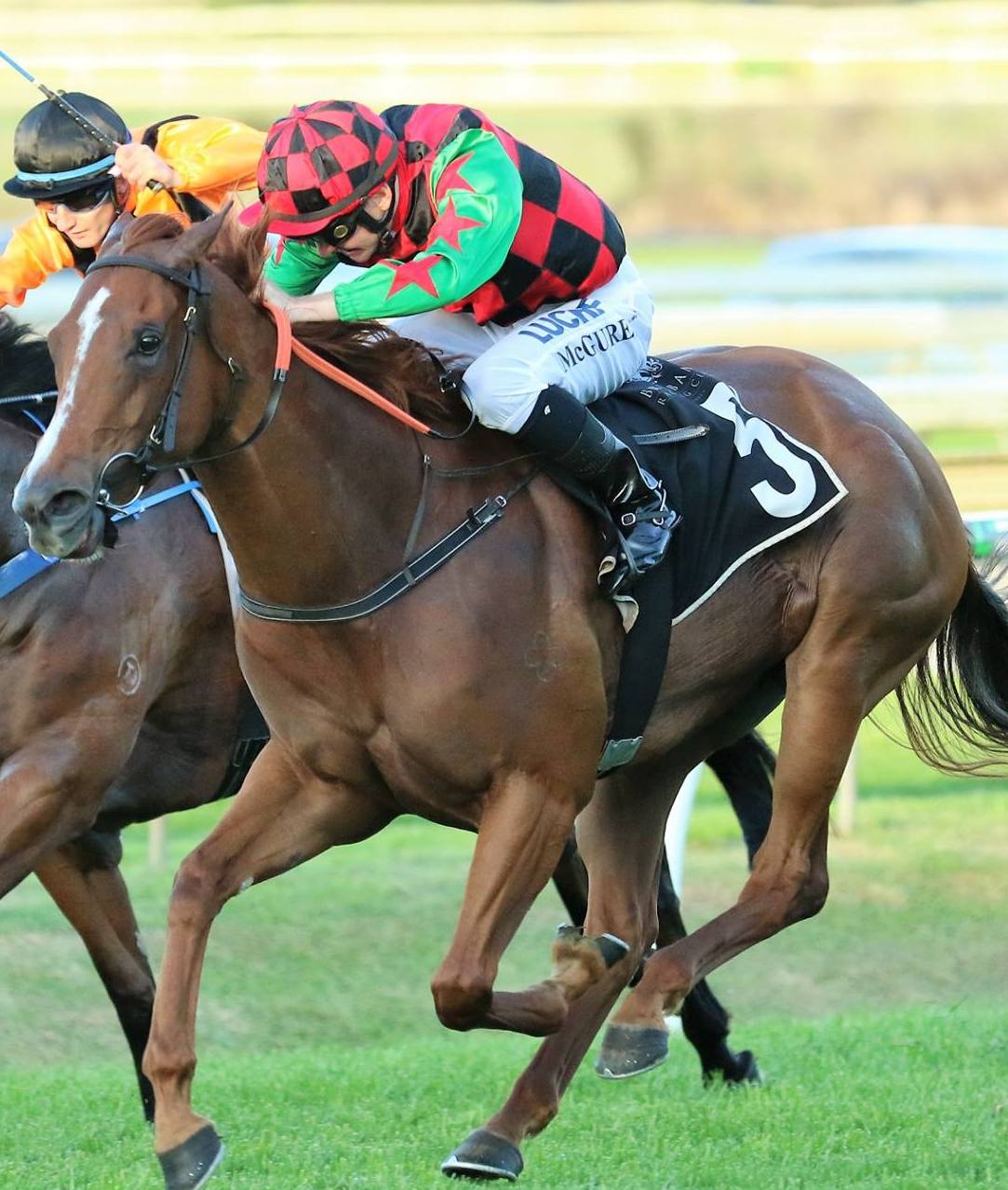 Queen of Kingston - will prove hard to beat at Grafton on Friday. Image by Darren Winningham

Queen Of Kingston has won two of her three previous starts at Grafton, her only defeat there was a terrific second to La Scopa in the NRRA Country Championships Qualifier (1400m) on March 17.

That effort secured Queen Of Kingston her place in the $500K Country Championships Final at Randwick where she ran an eye-catching fourth to Noble Boy.

Drawing the outside gate at Randwick, Queen Of Kingston missed the kick slightly and was shuffled back to last of the 14 runners at the 400m before finishing off the race strongly to be beaten 3.5 lengths by the winner.

"Her run in the Country Championships was a terrific effort but she's a highly-strung mare and that run took a little bit more out of her than I'd hoped," said Bowen.

"She was an acceptor at Doomben last Saturday but drew a bit awkwardly so we scratched her. I didn't want to give her too hard a run after a freshen up, so we've kept her for this easier option at Grafton.

"She's also drawn a bit awkwardly in Friday's race (barrier 11), but there appears to be plenty of speed in the race on paper, so the field should break up a bit and hopefully she can slot in from her draw. I'm confident she'll be very hard to beat."

Bowen will use Friday's race as a guide to where he heads next with the mare who has compiled the consistent record of five wins and seven placings from her 17 starts.

"I think she deserves a crack at a good fillies and mares race in Brisbane and the Dane Ripper Stakes at Eagle Farm in a couple of weeks (June 8) is one option, but she'd have to be winning very impressively at Grafton on Friday to head in that direction.

"If things don't work out as expected at Grafton, there's also a 'Plan B' and she could back up in the Beef Week Cup (1400m) at Casino next week (May 24). We can weigh up our options after Friday's race."

Bowen has his team flying at the moment and has saddled up four winners and three second placegetters from his last 10 starters, including a treble across two meetings last Saturday.

He posted a double at Lismore on Saturday with Kidlat ($1.90 fav) and Chiaki ($12) while his two other runners at the meeting - Madison Point and Humility - both finished second.

Bowen completed his treble later on Saturday when Almas ($15) returned to his best form with a win in a Benchmark 75 Hcp (1100m) at Toowoomba.

"I've had plenty of doubles before, but Saturday was my first treble," said Bowen. "It was almost the perfect day and Almas returning to winning form at Toowoomba was a great result."

Grafton-trained Dantga has won five of his 10 starts around the Grafton circuit, including three from five over the 1200m trip.

The Daniel Want-trained sprinter is coming off a last-start seventh of 10 behind Meet Mr Taylor in a 1MW Hcp (1110m) at Doomben on April 20 when he sat three-wide without cover for much of the race run on a heavy 8 surface.

But his two previous runs - both at Grafton - netted strong front-running wins. He scored a 1.75 length win over Water Boy and Hydrazine in a Benchmark 78 Hcp (1200m) on March 17, then absolutely bolted in at Grafton again on April 2, trouncing a Benchmark 74 field by almost five lengths.

Murwillumbah galloper Chloride puts his unbeaten Grafton record on the line in Friday's race. The Paul Robbins-trained gelding has won each of his three starts at Grafton, the most recent back in October last year when he resumed to win a Benchmark 58 Hcp (1200m) at big odds.