Hawkesbury apprentice Qin Yong is on a roll.

The Chinese-born rider, apprenticed to Hawkesbury’s leading trainer Brad Widdup, extended his lead in the 2019/20 Rising Star Series with another victory at Dubbo on Monday. 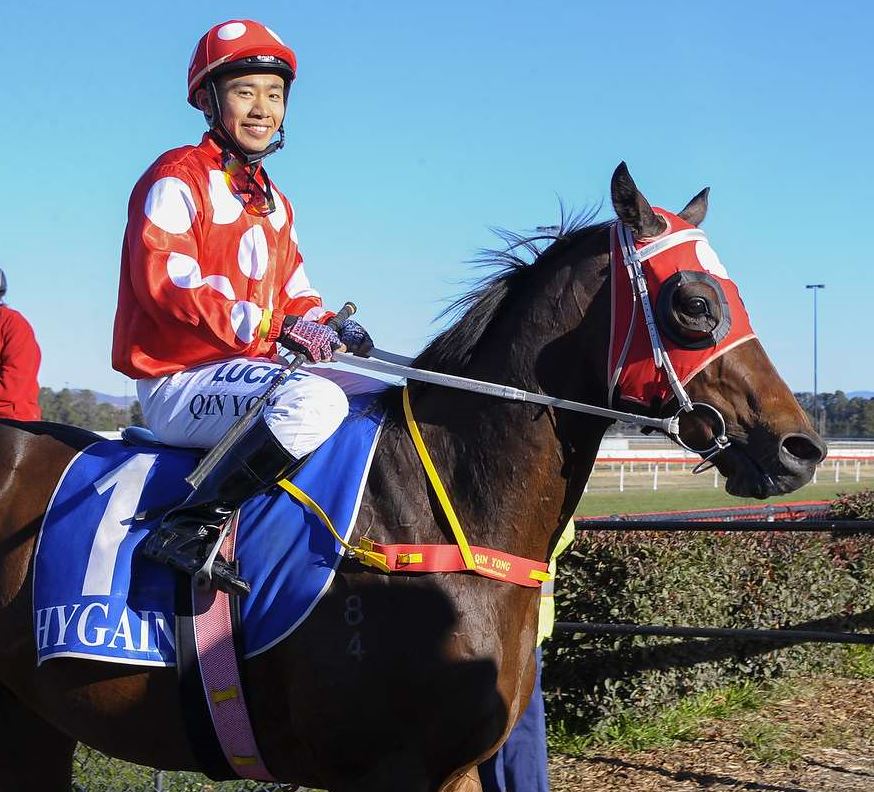 Qin Young after riding a winner - is a clear leader of the Rising Star Series. Image by Bradley Photographers

Qin Yong’s success in the ninth heat on Drusilla made it two in a row in the Rising Star Series as he had also won the previous heat at Wellington on December 9.

On that occasion, he rode $19 roughie Song One for Gilgandra trainer Bryan Dixon and beat another odds-on favorite Lulu’s Destiny in a Benchmark 58 Handicap (1400m).

The two wins have catapulted Qin Yong to 29 points, 12 ahead of nearest rival Billy Owen with Sam Clenton and Yvette Lewis on 12 points.

The current series began in early October and will conclude with the 25th and final heat on Qin Yong’s home track at Hawkesbury on Thursday 30 July.

Racing NSW introduced the Rising Star Series in 2000, and it is restricted to NSW and ACT apprentices who are enrolled at Racing NSW Apprentice Schools.

Qin Yong has had seven rides so far in the series for two wins, a second (five points) and three thirds (three points each). His only unplaced ride (10th on $101 shot Dream Habit) was at Warwick Farm on 27 November, when he earned one point.

In between his Rising Star wins this month, Qin Yong was invited to compete at the opening of Royal Saint Lucia Turf Club’s new track, and stole the show by riding a double, including the feature event, the Pitons Cup, on Casting Crowns.