Prelude Winner "Better Than A $10 Chance" For Grafton Cup

The Sally Taylor-trained Rednav completed the Prelude-Cup double in 2016 while Chris Munce's First Crush won the Prelude in 2017 and returned to win the Cup a year later. 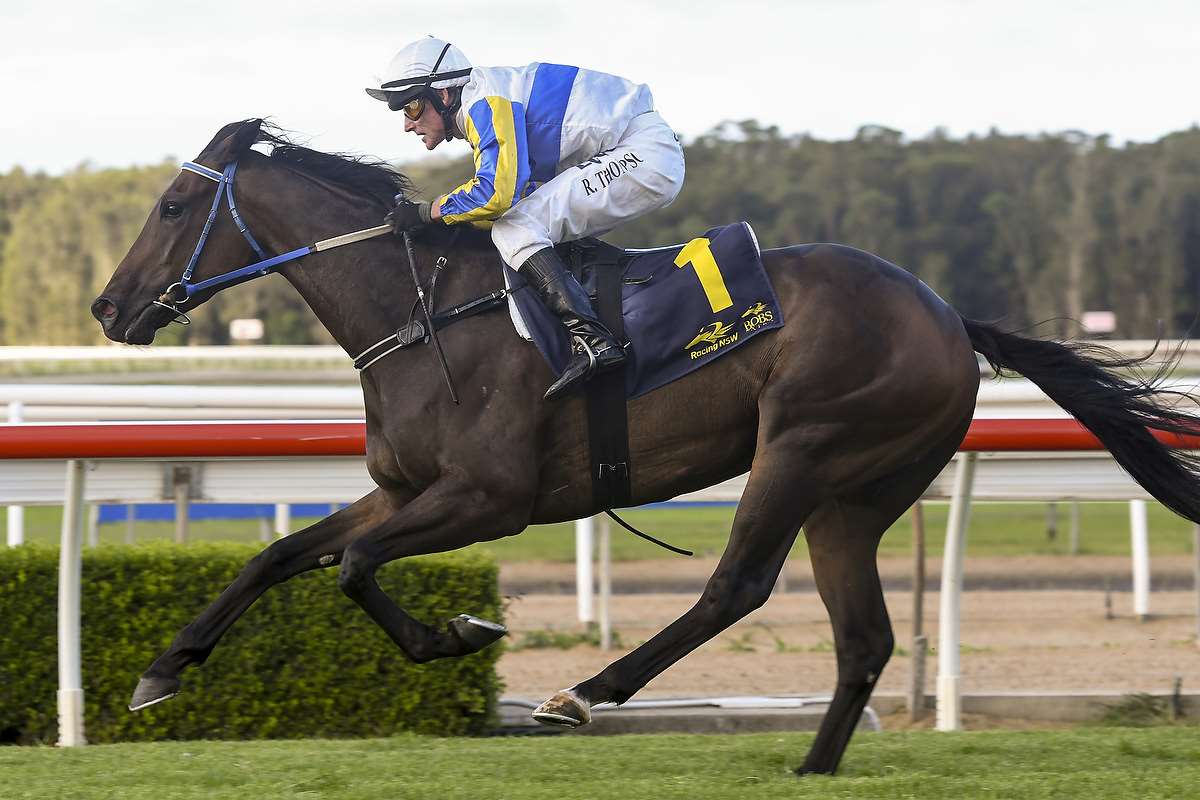 Happy Go Plucky obviously meets much stiffer opposition on Thursday than he trounced in the Prelude and is currently on the fourth line of betting at $10 behind New Zealand stayer Igraine ($3.20), Victorian visitors Sopressa and He Ekscels (both at $5.50) and the Chris Waller-trained Exoteric at $6.

Gilmore decided to set Happy Go Plucky for the Grafton Cup after he won a Benchmark 75 Handicap over 2200m at Eagle Farm back on December 22.

"I originally bought this horse as a yearling for $7300 at the Magic Millions sale and he is raced by my son Corey and some of his mates," said Gilmore.

"But not long after we bought him I went to work over in China, so we sent the horse down to Allan Denham to train. Allan and I have been good mates for 40-odd years and he did a great job with him, winning five races.

"Allan brought him up to Queensland last year for a few races and Corey and the boys thought they'd like to see him race a bit more often, so they decided he'd stay up here and I'd train him.

"We started to put him over more ground and after he won in record time over 2200m in that Eagle Farm race last December a few people said to me that they thought I had a pretty handy stayer in the making. I decided then that we'd set him for the Grafton Cup.

"He had the worst prep leading up to the Cup Prelude because there were just no suitable races for him.

"He couldn't win any of those races because he just didn't have the miles in his legs, but he was spot on for the Grafton Cup Prelude, dropping back to the 2220m.

"I think he's certainly better than a $10 chance in Thursday's Cup. This is a very winnable race for him. I know he has to prove he's up to the better class of stayer but I think he's ready now.

"He was very dominant in the Cup Prelude with 61kg and drops to 54kg in Thursday's Cup - the lightest weight he's had for a long time.

"He's drawn well, he handles all types of tracks and he's thriving in his work. Ryan Plumb got off him after winning the Prelude and told me the horse had never gone better and his trackwork rider told me the other day he can't believe how well the horse is going.

"I can't fault him. I can't have him any fitter and all the indicators are there that he'll run a big race on Thursday."

Ryan Plumb couldn't make the 54kg for Thursday's Cup and Gilmore has booked top Brisbane jockey Jim Byrne, who is yet to win a Grafton Cup: "I hope I can give Jimmy his first," said Gilmore.

Gilmore, 71, has been training at the Gold Coast on and off for more than 30 years, but Happy Go Plucky will be his first runner in one of the Grafton features.

The trainer has also spent several different stints working in the racing industry in China and Macau. He returned to the Gold Coast in 2016 after completing a successful training contract in China.

"I won a lot of races over there (China) and I was also in Macau for seven years and won the first ever Macau Derby," he said.

Byrne also has good rides in two of the other feature races on Thursday's eight-race Cup meeting, including Gold Coast gelding Boom Chicka Boom in the $50,000 Sir James Kirby Hcp (1000m) and Murwillumbah filly Karaja in the $45,000 NBN Springboard To Fame 2YO Plate (1200m).

The Les Kelly-trained Boom Chicka Boom, drawn ideally in gate four, looks hard to beat after his recent placings in the Bat Out Hell (900m) at the Gold Coast on May 4 and his last-start second with 60.5kg in a Benchmark 75 Hcp (1000m) at Eagle Farm on June 22.

The Matt Dunn-trained Karaja will also be tough to beat stepping up to the 1200m after her third to Jeweliana and Sugar Boom in the $75,000 Bundamba Plate (1100m) at Ipswich on June 15 and her latest second to Raging Pole in the $75,000 Bruce McLachlan Classic (1000m) at the Sunshine Coast on June 29.