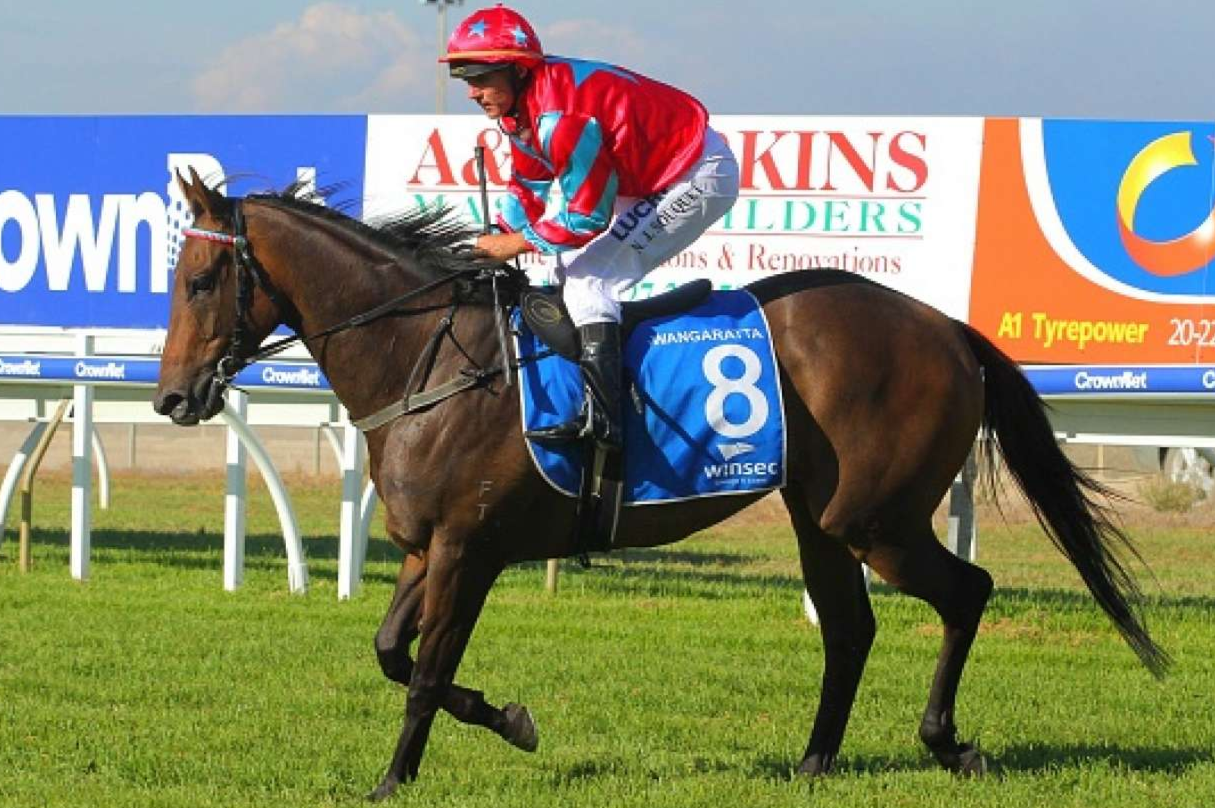 The Albury Cup and City Handicap both went the way of Widdison on the same day 12 months ago and with the carnival back to two separate days, the trainer hopes to be among the winners.

Cash Crisis has been carrying big weights in most of his recent starts including 61 kilograms when narrowly beaten last start at Wangaratta.

The five-year-old faces some of his opponents from last year’s victory including Bring A Secret ($6) who only needs to overcome a wide draw in 11 to be in the finish.

Triple Shot ($5) – with three wins and two placings from his past five starts – could attempt an all the way lead from barrier four as he did last start when he left his rivals floundering at Wagga.

Widdison feels from barrier six and with less weight on his back than he has been carrying, Cash Crisis is well up to winning.

“I think he is going every bit as well as last year - he just has that extra four kilograms to carry and we have the same jockey back on,” Widdison said. “He is only a small horse and the weight makes a big difference.

“Nikita gave him every chance to win last time staying on the rails and taking an inside run and from barrier six he should get a similar run.”

Cash Crisis has the benefit of four starts this campaign so race fitness won’t be a problem. His trainer feels the added weight in the country has limited Cash Crisis to some degree.

“He has been carrying big weights for a small horse, but the 58 is a bit less than what he has been lumping,” he said. “He is very honest, tough and I think he will give the race a real shake.”

O’ So Hazy ($18) ran second to Cash Crisis last year and indicated she nearing another win with a solid second behind Triple Shot in the Wagga Whirlwind. Her trainer Scott Spackman feels O’ So Hazy is one of many chances.

“It’s a tough race and she has to be a good chance, but there are plenty of others who look up to winning as well,” he said.

Mount Horeb ($2 favourite) has won three of his past four starts, is well drawn and looks ideally placed to provide jockey Blaike McDougall with another feature race at home. The jockey took out the Country Championships qualifier on Bennelong Dancer and will team up with astute Victorian trainer George Osborne with Mount Horeb.

Wagga trainer Chris Heywood will run Fermanagh Lad ($101) and Leucura ($71) – the latter having his second start back from a spell. Fermanagh Lad won consecutive races prior to his last two runs and is capable of a forward showing.

Locally owned Kooringal Star ($12) led when a close third at Hawkesbury last start and is also set to be prominent from gate two.