It’s their time to shine – NSW’s approved riders (termed ‘amateur’ jockeys in years gone by) will grab their one chance all year to show off their wares on Sky Racing’s national TV at Dubbo this afternoon.

Racing NSW introduced the Showcase Picnic Championship Series three years ago whereby points are accrued by horses around the picnic circuit during the year.

Gallopers that accumulate the most points are first into today’s $50,000 Final over 1400m with a final field of 12 runners and four emergencies. 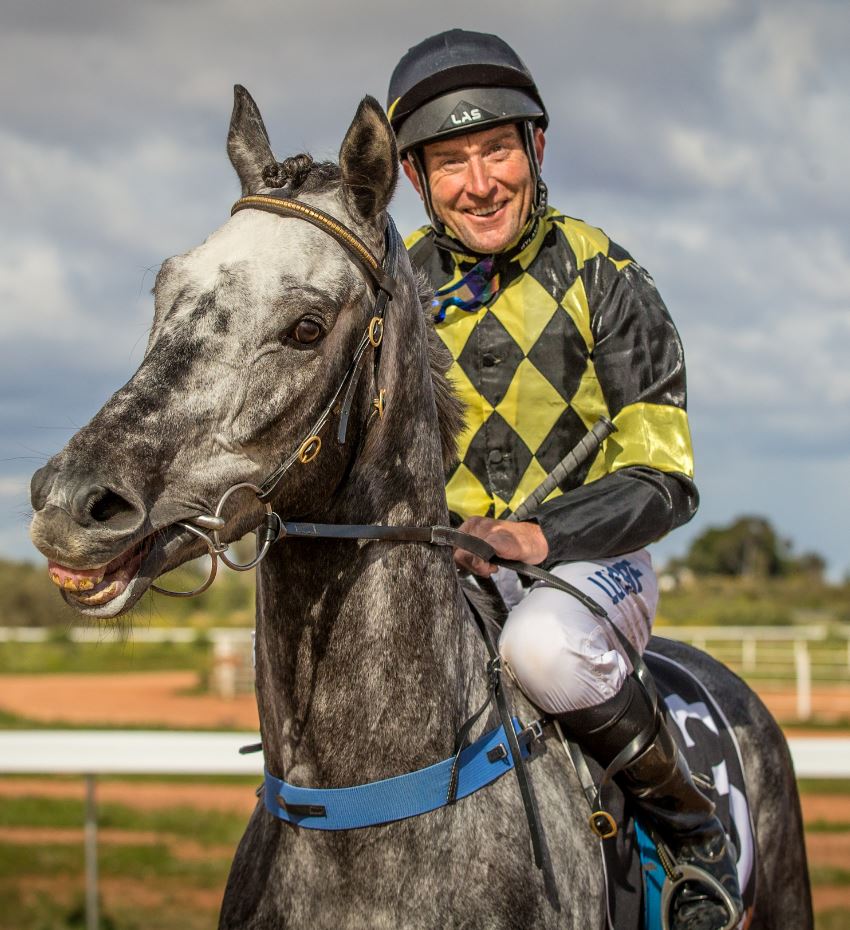 Both Ricky Blewitt and Wilburglen share a laugh after they combined to win at Cobar. Image by Janian McMillan (Racing Photography)

It’s also the sole race for approved riders during the season that is covered by TAB.

Scone-trained Military Bay finished as the top points scorer with 34 points ahead of Another Plan (29 points), Drummed Out (25) and Zoutenant (24).

All four horses will contest today’s Final where Rogue Runner has been installed as the $2 favourite with TAB.

Rogue Runner – a last start Mudgee winner – could give Dubbo trainer Rodney Robb his third winner in the race from just four runnings.

The leading points scorers are also well in contention on TAB, with Military Bay a $6 chance, Another Plan and Drummed Out ($12) and Zoutenant ($31).

One of the state’s top picnic riders, Ashley Boyd, takes the mount on Military Bay.

The five-year-old has been in good form with victories at Nyngan and Gunnedah before fourth at a Dubbo TAB meeting and a last start third in the Cobar Sprint Trophy.

Ricky Blewitt, who has taken out numerous approved rider premierships, will be aboard the well-fancied I Am Dynamic ($6).

The nine-year-old won at Cobar before finishing seventh in a Moree TAB race on September 6.

It will be a triumph for Blewitt, one of the most popular jockeys on the picnic circuit, who was seriously injured in a race fall at Tomingley in April last year.

Blewitt was sidelined for more than five months after he received spine fractures that took months to heal, as well as a scapula fracture and a rib fracture.

Blewitt, 41, returned from the injuries in great touch winning five races from his first 14 rides back.