Out Of Form Galloper Thrives In New Environment (Scone, Thurs)

Phillipe and Tara Vigouroux have a simple philosophy about their training methods.

And it’s working well for the Hawkesbury husband and wife combination, with recent acquisition Elenara, an impressive Scone winner on Thursday, further testament.

Having only her second start for her new stable, Elenara ($19) overpowered her rivals in the Benchmark 66 Handicap (1100m), clinching the third victory of her 11-start career. 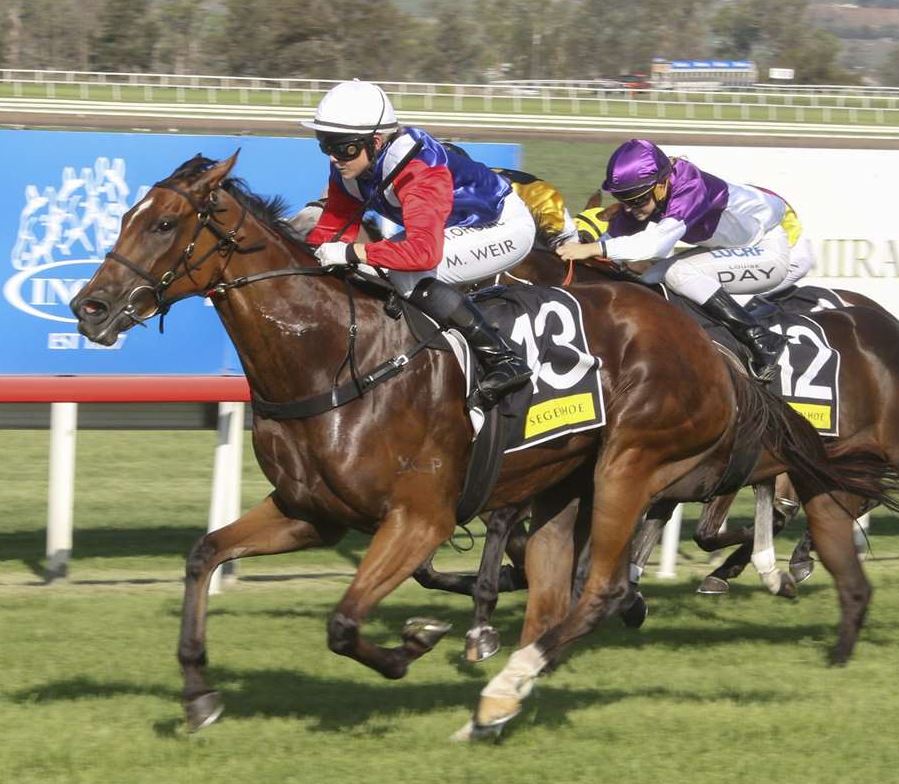 “We like to keep it really simple and keep our horses happy,” Tara Vigouroux said this morning.

“One of our clients Andrew Tutureski purchased this mare (Elenara) last year and syndicated her amongst a group of his friends, a number of whom are first-time owners.

“She was out of form when she came to us, so we gave her a break and put on decent condition to start another preparation.

“It was such a pleasure to get a good result for the owners, who are really passionate about their racing.

“Elenara is a very strong mare and easy to train, and we were confident she could at least run a place. She has pulled up well, and hopefully is set for a good campaign.”

Elenara, a four-year-old daughter of Smart Missile, won consecutive races for her original trainer Bjorn Baker at Orange and Nowra in December 2018 and January last year.

She subsequently was prepared by Theresa Bateup, but was put on the market after four unplaced runs last winter, the latest when seventh in a Benchmark 65 Handicap (1280m) on Canberra’s ACTON (synthetic) track on August 9.

Elenara made her debut for the Vigouroux stable when a good fourth to Iconic Star (a subsequent Warwick Farm winner last Monday) in a Class 3 Plate (1000m) at Taree on January 13.

Newcastle filly Xiaoli’s Ying was runner-up at Taree and, despite the fact that the Hawkesbury mare had 1kg better of weights and was stepping up to 1100m, punters virtually ignored Elenara, although $26 was bet before she started at $19.

Although forced to race wide, Elenara was much too strong over the closing stages for $2.05 favorite Xiaoli’s Ying and another Newcastle mare Martinique ($19), who made the running.

Elenara, who initially fetched $30,000 at the 2017 Inglis Classic yearling sale, is the fifth foal of the More Than Ready mare Sienna Gold, who raced only twice for Team Hawkes in Melbourne and started odds-on when unplaced at her debut run at Moonee Valley. She was exported to New Zealand in 2016.

HOOFNOTE: Apprentice Mikayla Weir has ridden two long-priced winners for Hawkesbury trainers in the past week.

She rode Just A Horse ($21) for Terry Croft in a Port Macquarie victory last Friday before scoring on Elenara on Thursday.