Veteran Brisbane trainer Sam Strazzieri has already comfortably recouped the $11,000 paid for ex-Sydney galloper Drifter earlier in the season and thinks the well-bred four-year-old can build on that return when he chases a fourth straight win at Murwillumbah on Sunday.

Drifter, by Snitzel out of the imported Cape Cross mare Gabriella, was formerly trained at Warwick Farm by Joe Pride, winning one of his first nine starts.

Strazzieri bought Drifter at the Inglis Digital online auction last August for $11,000 and the gelding has already won three of his only four starts for the Deagon-based trainer. 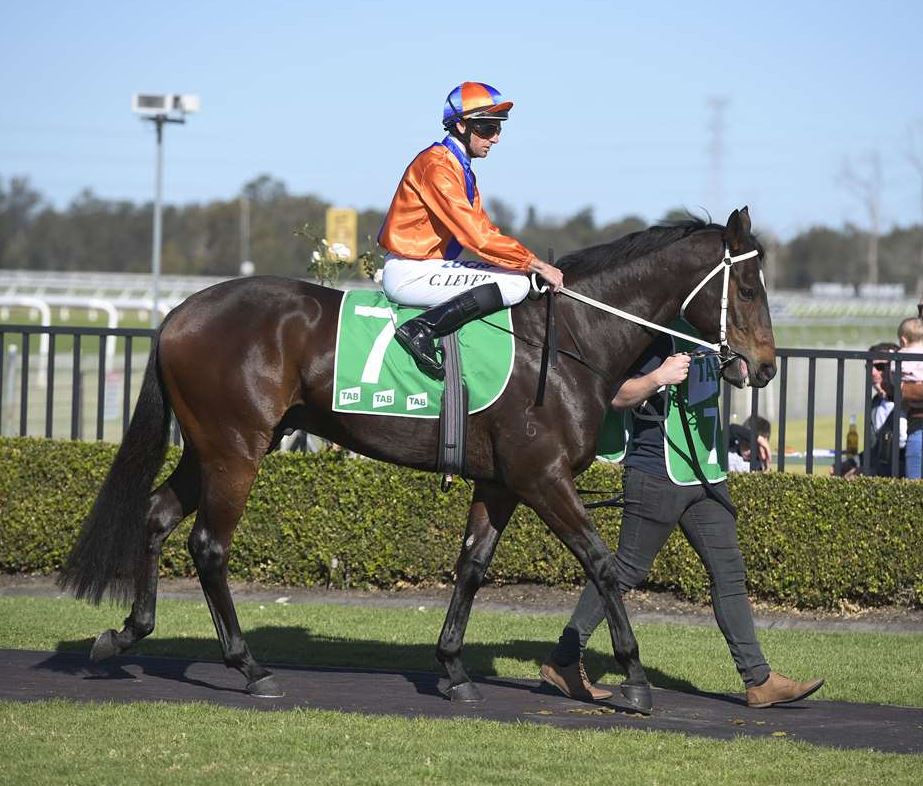 Drifter (Chad Lever) parades when trained in the city. Image by Bradley Photographers

Drifter broke through at his second run for Strazzieri at Kilcoy on December 20, won again at that tight track north of Brisbane on January 4 and last-start handled the heavy 8 conditions to win a Class 3 at the Sunshine Coast on January 19.

Those three wins have netted just under $33,000 in prizemoney and Strazzieri thinks Drifter can add to that tally in Sunday's Blue Pacific Bistro Benchmark 66 Handicap (1200m) at Murwillumbah.

"I made a few inquiries when I saw he was up for sale and we were able to get him for $11,000 at the online auction. I thought he may have gone for a bit more, so I was happy with that price and he's quickly paid for himself.

"Joe Pride rang me after I bought him and told me the horse had had no issues when he had him and thought he'd go well up here."

Strazzieri, 75, has been training in Brisbane for 50 years but rarely has more than a couple of horses in his stable at any time. But he has won four races from his past five starters - three wins to Drifter and another Sunshine Coast victory for Volomite back in mid-October.

"Volomite has now gone for a break, so Drifter is the only horse I have in work at the moment," said the trainer.

"I've been training now for around 50 years, but rarely have had more than a couple in the stable at any time, so it's nice to have won four races from my last five runners.

"Hopefully, Drifter can keep on winning on Sunday and make it four straight. He's drawn well (barrier two) and the Murwillumbah track should suit him as he's liked it around Kilcoy."

Jockey Alannah Fancourt, who has partnered Drifter at his past two starts, continues the association in Sunday's race.

One of Drifter's main threats in Sunday's race looks to be the Gold Coast sprinter Lyrical Prince, narrowly beaten last time out behind Bel Burgess in a Benchmark 78 (1300m) in heavy conditions at the Sunshine Coast on January 19.

The Matt Dunn-trained Tivoli Street looks primed for another big performance on the Murwillumbah track when he steps out in Sunday's Kingscliff Beach Bowls Club Cup (1530m).

Winner of three of his past five starts, Tivoli Street's one previous run at Murwillumbah was two starts ago on December 29 when he trounced his rivals in the Ballina Cup Prelude, also over the 1530m.

The six-year-old powered home from back in the field that day to blitz Boncosta by almost four lengths.

Tivoli Street struggled in tougher company at his latest start behind Group 2-winning Melbourne mare Etana in the $250,000 Magic Millions Quality (1800m) at the Gold Coast on January 11, but should remain unbeaten at Murwillumbah after Sunday's race.