Kiwi trainer Robert Priscott will be aiming to join a long line of New Zealanders to win the time-honoured Grafton Cup when he heads to the Northern Rivers with his stud bound mare Igraine next week.

The $165,000 McMullan Contracting Grafton Cup (2350m) has been a popular target for New Zealand trainers since the early 1970s.

The trend started when former NZ great Syd Brown won the Grafton Cup in 1973 with Jardel, not long after he had moved to Sydney to establish a stable at Warwick Farm. 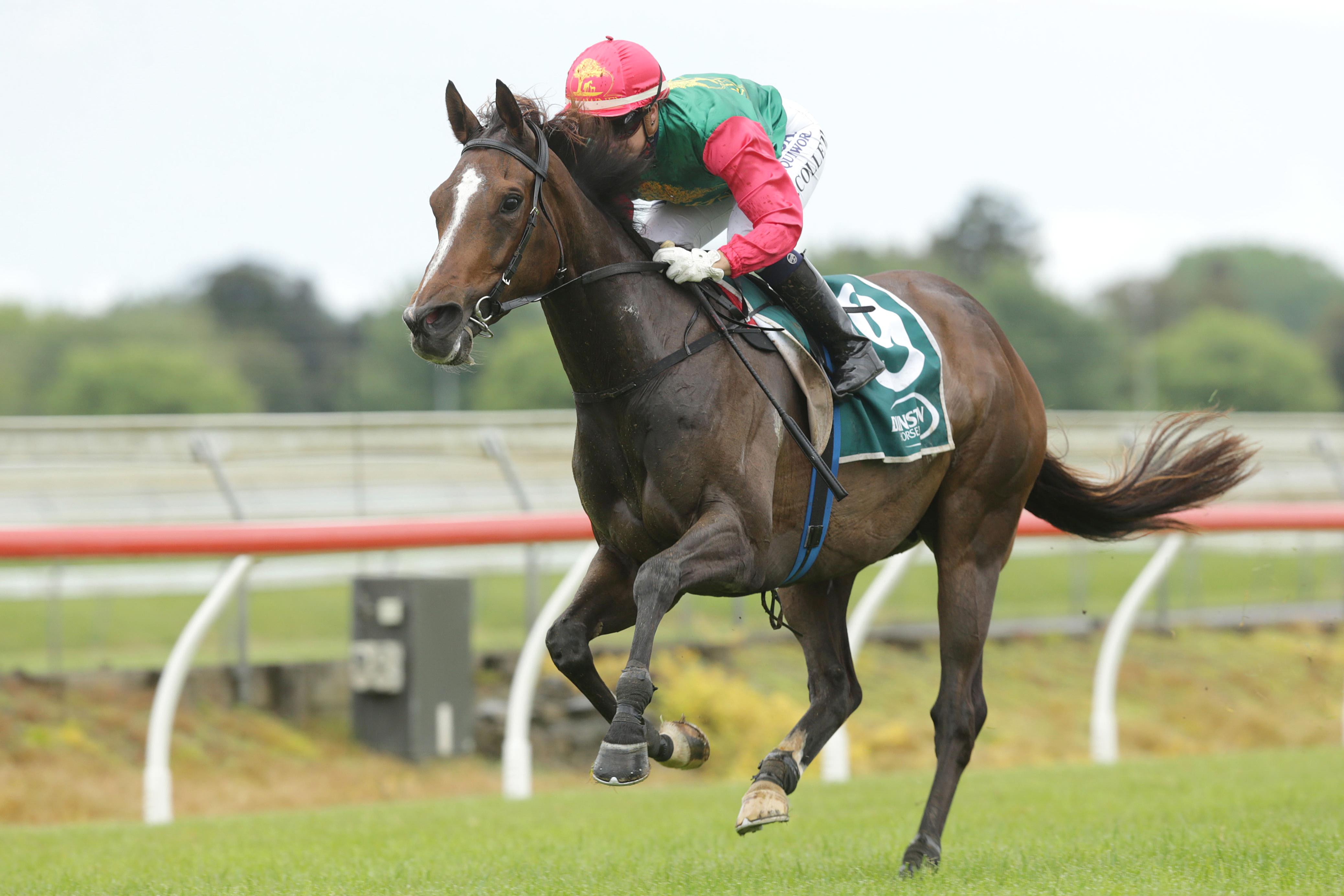 Jardel was a former country-trained mare who also won the 1972 Grafton Cup when trained at Gunnedah by Arthur Gore. She gave Larry Olsen the first of his five Grafton Cup wins in 1973.

Another eight Kiwi trainers – either crossing the Tasman Sea on a winter raid or New Zealanders who had moved to Australia to establish permanent stables – have won the Grafton Cup since Brown’s win with Jardel in 1973.

Jim Hely, a former top NZ jockey training out of Mornington in Victoria, followed in 1974 with the top class winner Wave King. A prolific winner up to Gr 1 level in Australia, Wave King gave Olsen the second of his Cup wins.

New Zealand interest in the Grafton Cup went up a gear in the 1980s and led to Graeme Rogerson’s 1985 victory with Rushcutter (Peter Cook) at a time when he was making annual winter raids from his NZ base prior to his move to Sydney.

Rogerson was followed by Errol Skelton who called on Larry Olsen to ride his top-class mare Shuzohra to victory in the 1989 Grafton Cup.

Graeme Sanders, another Kiwi who was a frequent visitor to Australian carnivals, won the 1991 Grafton Cup with Rural Prince ridden by Larry Cassidy.

It was the second of Cassidy’s Grafton Cup wins and he made it three in 1996 on Praise Indeed, a popular stayer trained at Wyong by former New Zealander Neville McBurney.

McBurney took great delight in beating his old boss Brian Smith to the punch in the Grafton Cup. Smith had moved to Australia after his success with the champion Balmerino in the 1970s and brought McBurney with him as his stable foreman.

However, it took Smith until 2000 to win the Grafton Cup with Simigan, ridden by the inimitable Newcastle jockey Allan Robinson.

John Collins was the next Kiwi to win the Grafton Cup, the New Zealand-born trainer coming from his Victorian base to land the prize with Art Success (Jeff Lloyd) in 2008.

Donna Logan, one of New Zealand’s most accomplished female trainers, made it back to back Grafton Cup wins for the Kiwis in 2009 when she arrived with the tough stayer Castle Heights, ridden by the late Stathi Katsidis.

Logan, now training successfully in Singapore, is among the elite group of five female trainers to win the Grafton Cup.

It’s now been 10 years since a New Zealand trainer won the Grafton Cup despite the efforts of Chris Waller, the most successful Kiwi to train in Australia, to win the race for the first time.

Waller’s constant flow of Grafton Cup runners over the last decade has come up short with just two minor placings in 2014 (second with Secessio) and 2017 (third with Montauk).

Robert Priscott will be making his first visit to the Grafton carnival with Igraine, who is likely to be served by Coolmore Stud’s champion sire Fastnet Rock in the spring.

The Grafton Cup was confirmed as the final career start for the Trelawaney Stud-owned mare after she won last Saturday’s Listed Caloundra Cup at the Sunshine Coast. The win added to Priscott’s impressive training record on both sides of the Tasman.

He has won more than 30 Group and Listed races among more than 500 wins since his training career began in the 1990s, including four G1 wins with the outstanding mare Hill Of Grace.

Hill Of Grace started in 26 G1 races during her career with her Australian wins including the G1 Ansett (Storm Queen) Stakes at Rosehill and G2 Moonee Valley Fillies Classic in 2000.

Priscott’s other Australian wins include the G2 Empire Rose Stakes at Flemington with Sequel in 2000 and the G3 Caulfield Guineas Prelude with Pure Theatre in 2001.

Igraine, an imported mare by the world champion sire Galileo, crossed the Tasman for the winter after finishing second in the Listed Hawke’s Bay Cup (2200m) at Hastings in April.

In her first Queensland start Igraine finished second in the G3 Chairman’s Handicap (2000m) at Doomben on May 11 followed by a close third in the G3 Premier’s Cup (2200m) at Eagle Farm on May 25.

She disappointed Priscott when only sixth in the G2 Brisbane Cup (2400m) at Eagle Farm on June 8 but bounced back at Caloundra, aided by the heavy conditions as her best form has been on wet tracks.

Igraine was originally bought as a broodmare prospect for Waikato’s Trelawney Stud after winning one race from her first six starts in Europe. Well-known New Zealand bloodstock agent Paul Moroney paid 65,000 guineas for the mare at the 2017 Tattersalls December Mares Sale.

Her earnings from five wins and five placings in just 14 starts now stand at almost $290,000.