Shoalhaven City Turf Club is delighted to announce that prizemoney for the Nowra Cup to be held on Sunday 6th December has been increased to $65,000 (from $45,000).

SCTC’s CEO, Paul Weekes said: “We’re thrilled that the prizemoney for the Country Motor Group Nowra Cup will be increasing this year.

“The December Cup meeting, which is the first to be held in this new time slot, will benefit greatly from this prizemoney increase which is certain to give the meeting a wonderful platform for 2020 and beyond. 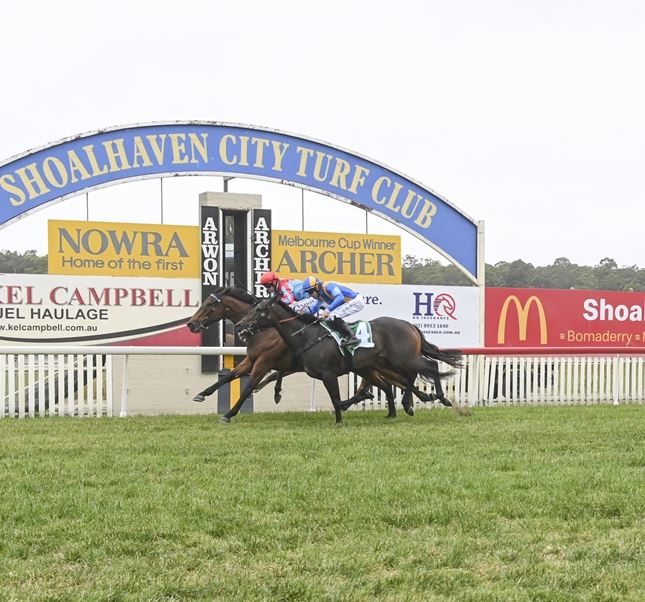 “We would like to thank Racing NSW for its assistance and without their support this increase would not have been possible.

"I’m sure I speak for all participants in welcoming this additional prizemoney boost for our Cup this year.”

Dream Runner has not been seen since July when an impressive winner at Kembla Grange (1600m) beating Brutality into third place, with that gelding winning at Warwick Farm two runs later.

Dream Runner has only raced on four occasions for three wins with a double at Canberra in May-June and has untapped ability.

Scarleo followed a Moruya win (1425m) with a TAB Highway victory over 1500m at Rosehill Gardens to record his third win in 11 starts.

Goulburn’s Kurt Goldman will be represented by Ruthless Agent after he dodged the wet in the recent Stan Sadleir Stakes meeting at Wagga meeting to head to Gundagai.

Ruthless Agent finished 10th in the 2018 Cup and comes into Friday’s race with good form, having returned from an 11-week let-up to finish third to Harlem Luya at Kembla (1200m) before just behind the placegetters at Canterbury Park (1250m) in the race won by Best Stone.

Canberra-based jockey Kayla Nisbet will be chasing her third win in the Snake Gully Cup in the space of four years.

Unfortunately, Nisbet’s mount Viceroy was scratched last year robbing the jockey of any chance to land a hat-trick of winners in the Cup.

The Snake Gully Cup is supported by the $50,000 Snake Gully Flying (1000m) and is part of the two-day racing carnival.

“There are no tickets available at the gate with a limit on tickets for both days with only pre-purchased tickets (for the general public), existing members and their guest, named racebook owners and syndicate managers who have runners on the day,” said race club president, Michael Crowe.

And finally, Inverell Jockey Club has altered the conditions to its Battlers Cup to be run during the Sky 2 race meeting this Saturday.

The race is normally restricted to horses that have competed at the small one-day meetings in the north of the state, however, this year it will be a special conditions reverse ballot order Benchmark 50 Handicap (1400m) with $15,000 prizemoney.

“The loss of most of the one-day meetings due to COVID restrictions necessitated the change to the race that was originally designed to provide a ‘grand final’ for the horses at the lower end of the scale who support community meetings,” explained IJC committeeman, Mike Witherdin.

“The race is open to all nominations should a ballot be required, horses above the Benchmark 50 will be eliminated first in the ballot order.

“After a dry spring, the course enjoyed 40 millimetres of gentle soaking rain over the week after the club’s Everest day meeting so the course will be ideal on raceday.

“Inverell has staged two non-TAB racedays under COVID restrictions in order for the lower grade horses to be able to find suitable races and stay in work despite the loss of other meetings in the area.”