"No Interview" For Up And Coming Jockey (Corowa, Sunday)

However, it’s far easier securing an interview with Phil than young Tyler. 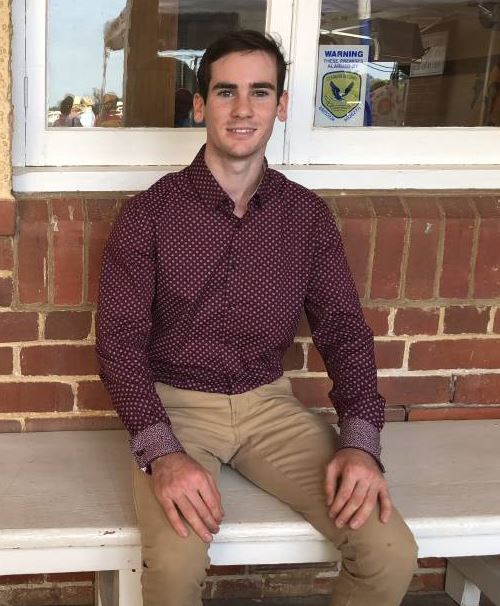 Schiller resumed from concurrent suspensions with a massive day for Osborne; he rides two more for the Kyneton stable on Sunday and a duo also for Sweeney.

He is high in demand with six rides on the seven-race Corowa program. But Sweeney is determined to keep it in perspective.

“No interviews for Tyler, he’s just come back after copping successive suspensions; I want a jockey, not a media performer - I’ve knocked back the TV previously,” Phil, the hard-marking veteran, stressed.

“Those suspensions were a reality check; a kick in the backside. He’s still got a lot to learn and for a period was riding really ordinary.

“But to his credit, the kid bounced back and the potential is there. We’ve set targets but he understands they stay private.”

Dean Yendall and Jarrod Lorensini were originally apprenticed to Sweeney.

“You’ve got to keep kids level-headed, focused and with the work ethic.

“I might be an old nark but Tyler has only been riding nine months, he doesn’t need publicity and pressure after being outed.

"He’s 21, only ridden a pony when he came down here. His background is harness pacing. His family back in Young were traditional horse people.

"My daughters Brooke and Sally are jockeys but they’ve been riding since they were toddlers.

"Tyler hasn’t had that background, but he’s balanced and confident and has the feel.”

Tyler rode his 47th career winner at Kerang and with an impressive 16% winning strike rate, remains in strong demand.

And the tip is increasing interest in Tyler from a prolific Melbourne Group stable.

On Sunday the best chance for Tyler and Sweeney is in the third event with four-race winner Critical Reaction.

With Tyler’s 2kg claim off 54kg, Critical Reaction is advantaged by big weight drop from a recent Albury placing and wins at non-TAB meets at Berrigan and Hay when ridden by Schiller.

On Sunday, Corowa races on a good three track rating in fine weather.