"No Excuses" For Mare To Land The Money At Grafton Today

Gold  Coast mare They Call Me Rose is primed to maintain her imposing record at the track and distance when she heads down the highway again for Monday's Big River Air Benchmark 66 (1410m) at Grafton.

Trained by Trevor Whittington on the Gold Coast, They Call Me Rose ($4.60 on TAB fixed odds) has compiled a formidable record during previous trips to Grafton which have netted four wins (all at 1400m to 1420m) and two placings from her eight starts at the track. 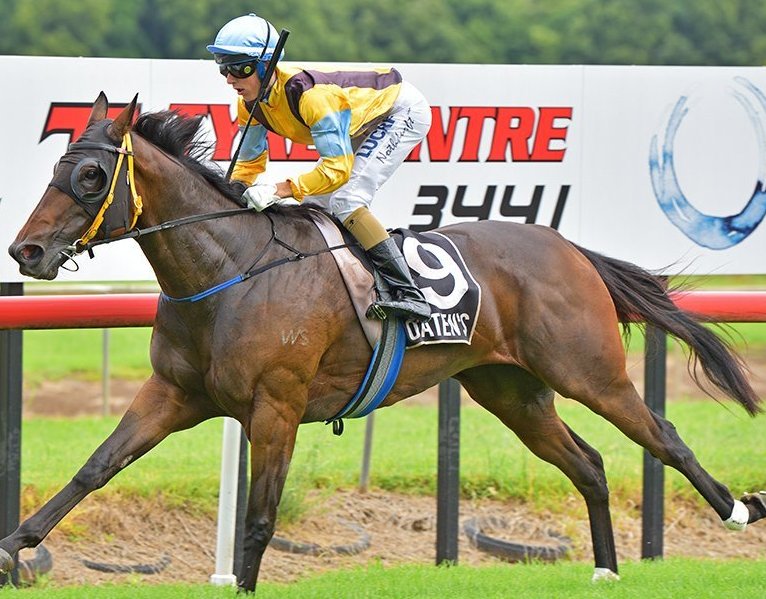 They Call Me Rose (Baylee Nothdurft) scores at Lismore. Picture by Return to Scale

The front-running Duporth mare last raced at Grafton back on October 30 last year, leading all the way to beat The Equalizer and Cool Prince in a Benchmark 66 (1400m).

The form out of that race proved pretty strong with the John Shelton-trained Cool Prince going on to win five of his next seven starts.

They Call Me Rose's most recent runs have been in Brisbane, the Sunshine Coast and the Gold Coast where she has run well each time without winning.

She ran two terrific races at Eagle Farm in January and February, finishing a close fourth to Brains in a Benchmark 80 and then produced another fighting effort out in front at her next start when a close-up fifth to the smart Get Stuck In who then won at his next two starts. Her most recent outing was at Doomben on March 13 when she finished fifth to Money Talk in a Benchmark 70 (1350m).

"Some of her recent runs in Brisbane were very good, but she's probably not quite up to city class," said Whittington. "I gave her a couple of weeks in the paddock after her last run (on March 13).

"She hasn't raced for seven or eight weeks, but she's right up to the mark and I've very happy with her going into Monday's race. There won't be any excuses.

"It's great to get her back to Grafton where her record over the 1400m speaks for itself and hopefully she can get the job done again on Monday."

They Call Me Rose does have to carry 59kg for senior rider Ryan Plumb on Monday, but Whittington sees the mare's outside barrier draw (12) and the prospect of a soft track rating only as 'positives'.

"If I could have booked a suitable 3kg-claiming apprentice I probably would have gone that way, but with Ryan she won't have to carry any dead weight," he said.

"And I think drawing barrier 11 is actually a benefit. When she's drawn an inside barrier in the past she's tended to relax in the gates and miss the kick. And a soft track on Monday is just another benefit to her chances."

Four of the mare's seven career wins have been on soft ground and she has also been placed in heavy ground. The Grafton track is rated a soft 6.

Nistelrooy rarely runs a bad race, relishes soft tracks and is coming off a last-start win in a Tamworth Class 3 (1600m) on April 5. He has drawn barrier two and should get a gun run for non-claiming apprentice Leah Kilner.

Ex-Sydney galloper My Song, formerly trained by Gary Moore, was having his first run for Ballina trainer Stephen Lee when he finished just behind the placegetters when sixth to Shauquinn in a Class 3 Hcp (1350m) at Ipswich on April 17.

That was his first run in almost two months and he should strip fitter for Monday's assignment. Drawn five, he will carry 61kg after Queensland apprentice Nathan Fazackarley takes his 1.5kg claim.