It could easily be seen as a very confident play the way Kody Nestor has approached Tuesday’s Newhaven Park WRA Country Championships Qualifier (1400m) at Coonamble.

The Dubbo trainer holds a strong hand with Jailbreak, a last start city winner, Activation and Eva’s Deel tackling the $150,000 feature but he’s playing it like a semi-final and not the be-all of their preparation. 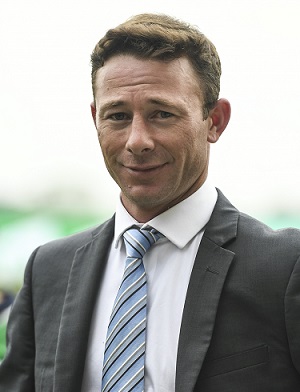 Don’t be mistaken, Nestor is playing to win. To repeat last year’s feat of qualifying two horses for the $500,000 grand final at Royal Randwick with a one-two Coonamble finish.

But he wants them to be at their absolute best on April 3 not March 16.

“I don’t like them having too many starts going into a heat, I think you can go off a little bit early,’’ Nestor said.

“We’ve purposely held them back so they’ve just had the one run and they seem to be firing at the right time.

“If I can give them a trial under their belt and a run I can have them 90 per cent right for the heat and if they happen to make it to the final they are cherry ripe.

“I don’t like having a horse five or six runs in especially if they are horses that are more genuine over a bit further.”

With that in mind it’s important to point out, of his trio, Nestor sees Jailbreak as a bit of an exception.

While the four-year-old is tackling the Qualifier second-up he’s doing so with two trials plus his first-up Canterbury win because Nestor suspects he could be a better chance of winning on Sunday than at Randwick.

“Eva’s Deel and Activation are more likely to sprint better fresh because they are genuine milers.

“I believe when you get to Randwick it’s a different kettle of fish and you need a miler to win the race.

“A horse like Activation or Eva’s Deel, if they happen to make it, would be more suited to Randwick whereas Jailbreak is more suited to the heat conditions.”

Nestor sent Jailbreak, a $17 chance with TAB to win the Final, to Sydney for his first-up run and he led all the way to win a 1250m benchmark 72 race at Canterbury, his fifth career win and that earned him top weight at Coonamble on 59kg.

You won’t hear any complaints from the trainer about the weight, in fact he says the gelding is pretty much weighted to win the race he’s targeted for 12 months.

Jailbreak won a benchmark 58 on Country Championships day last year and his preparation has seemingly been timed to perfection.

“He’s still well handicapped under the conditions, he’s an 86 rater and the closest to him is a 72,’’ Nestor said.

“He’s a big strong horse and will carry the weight no dramas.

“I just think he has to be tuned right up for it, he’s had a solid foundation so he’s done a lot more work than the others and been in a month or six weeks longer than the others.

“He’s wound up more than the rest for Sunday’s event.”

Activation was earmarked by Nestor as a Country Championships horse from the moment he left the Chris Waller stable and joined the Dubbo yard.

He was a certainty beaten at his stable debut at Coonamble before winning easily at Dubbo and Warren and producing an eye-catching fourth in a TAB Highway at The Gong meeting at Kembla Grange.

Nestor was satisfied with his first-up third under 61kg at Mudgee.

“There was a lot of improvement in him, he’s a horse that’s had his issues and has a very ordinary racing pattern but the other day he really raced fresh,’’ he said.

“He ran out of gas the last bit which was expected and he drops a hell of a lot in weight. His best asset is his turn of foot so we won’t be riding him out of his comfort zone, it’ll depend on how he jumps.”

Jailbreak wins at Canterbury on February 26

Eva’s Deel is regarded as the “knockout” horse by Nestor, she’s a mare who has won up to 1800m (a TAB Highway back in December) and hit the line strongly first-up over 1200m at Mudgee under 60.5kg.

“She’s only a little tiny thing and she’s really flourishing at the moment,’’ he said.

“We’re keeping her on fresh legs and she could be the knockout one, she’s a handy horse on her day.

“She hasn’t done much between her Mudgee run and this run and I don’t believe she is a genuine weight carrier so she drops right back to 55.5kg.”

The general consensus among trainers across the state is that the $500,000 Newhaven Park Country Championships Final (1400m) is up for grabs.

Nestor finished fourth with Fast Talking, beaten 0.4 lengths, in the 2020 Final while Sneak Preview ran tenth and was only beaten 2.3 lengths.

“There’s no real standout, I think every horse that makes the final this time in is a genuine chance of winning it,’’ he said.

All the fields, form and replays for Tuesday's Country Championships meeting at Coonamble