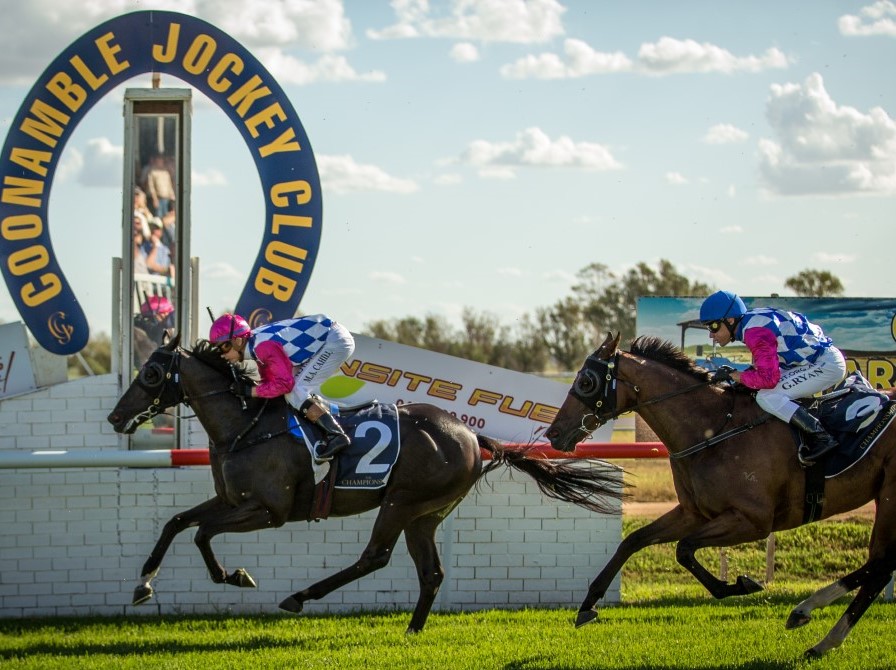 Sneak Preview was just off the pace and poised to pounce and when Cahill gave the four-year-old his head, the galloper shot clear and set up a winning break.

Fast Talking finished strongly for second, cutting California Fox (Ken Dunbar, $26) out of a start in the Country Championships Final.

"Both horses are owned by a great bunch of people in syndicates we put together ourselves," said Kody Nestor.

"They didn't have the easiest of runs but they were too good. We've got great staff, great owners and they let me do my job the way I want to.

"I couldn't split them before the race and I think it only came down to the runs they had. If you swap runs you probably swap the result; they're both handy horses."

Winning rider Mathew Cahill said: "We tracked into the race nicely from the 600 metres and he got to the front and quickened.

"I saw the second horse coming and thought he was going to make it interesting but my fella found again and it was a good win."

The race was delayed for at least five minutes with Adsum (trained by Clint Lundholm) and Festival of Light (Rodney Robb) being scratched from the race at the barriers.

View the full results with race replays for Coonamble here