Nelson Has A Mountain To Climb At Gilgandra

Narrow Neck Nelson may have only won just the one race from 31 attempts, but Wellington trainer Peter Stanley still has a soft spot for the rising six-year-old.

“He’s a beauty,” Stanley remarked. “He is as honest as they come and apart from that win, he has run ten placings for more than $50,000 in prizemoney.” 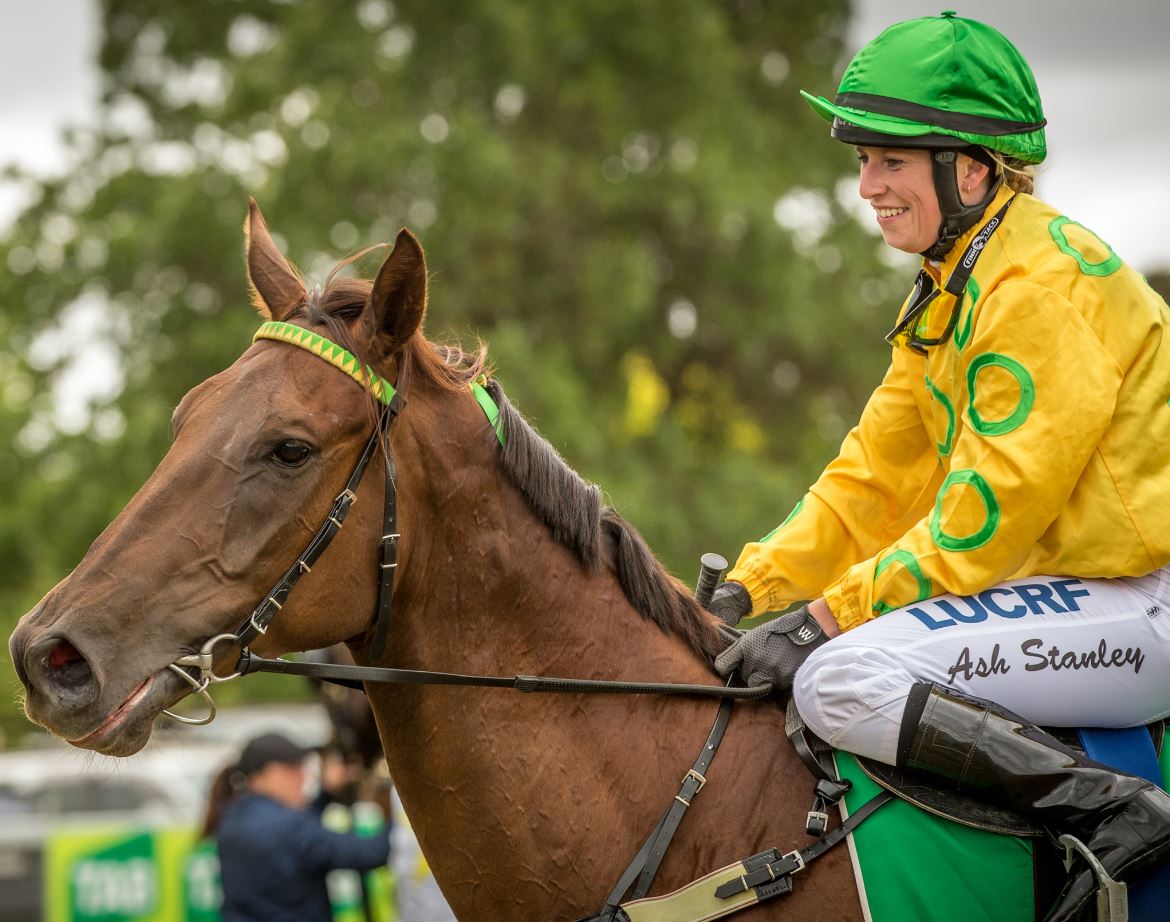 Ashleigh Stanley returns on Narrow Neck Nelson after his only win at Orange. Image by Janian McMillan (Racing Photography)

Named after the mountain range that’s part of the Blue Mountains, Narrow Neck Nelson will do battle in the $12,000 Benchmark 50 Handicap (1800m) at Gilgandra’s TAB meeting on Saturday.

The gelding’s sole win was at Orange when ridden by Stanley’s daughter, Ashleigh.

“He doesn’t really have a sprint; he just makes one sustained run so the further the better.”

At his latest appearance, Narrow Neck Nelson came from last to finish third behind The Sledgehammer and Mr Plow at Dubbo (1620m).

“It was a good run but he’s now looking for more ground. He needs 1600-metres or longer as he’ll stay all day.

“I’m hoping to get Ken Dunbar to ride him as he’s a strong jockey.”

Stanley also intends to take Stolen Gift and Twice the Value to Gilgandra.

Stolen Gift came up from Queanbeyan and has only had the one start for Stanley when seventh at Wellington: “He may need another run or two before he hits his straps.”

Twice the Value scored at Mudgee two starts back before eighth at Dubbo: “She goes alright and we’re just starting to work her out,” Stanley said.

“I trained her mother (Dane’s Jewel) who won ten races for me including the Forbes Cup. I’ve only got a small team but they’re all going well; we’re managing to keep our heads above water.”

Meanwhile, the Colt Prosser-trained Tallis will be chasing back-to-back victories in the East Cessnock Bowling Club Handicap (1150m) at Cessnock on Monday.

The three-year-old led all the way to win a TAB Highway on the Kensington Track last start and will be asked to carry 60kg with Belinda Hodder aboard.

He will have a formidable opponent in the Kris Lees-trained filly Illecebrous (Andrew Gibbons) who has impressed with successive wins at Port Macquarie and Grafton.