Muswellbrook's Wildcard Just Around The Corner

“We’re thrilled to be once again staging the Country Championships Wildcard which has become a quality event,” said MTC’s GM, Duane Dowell.

“This will be the sixth time we have hosted the race and it constantly attracts top-class horses. 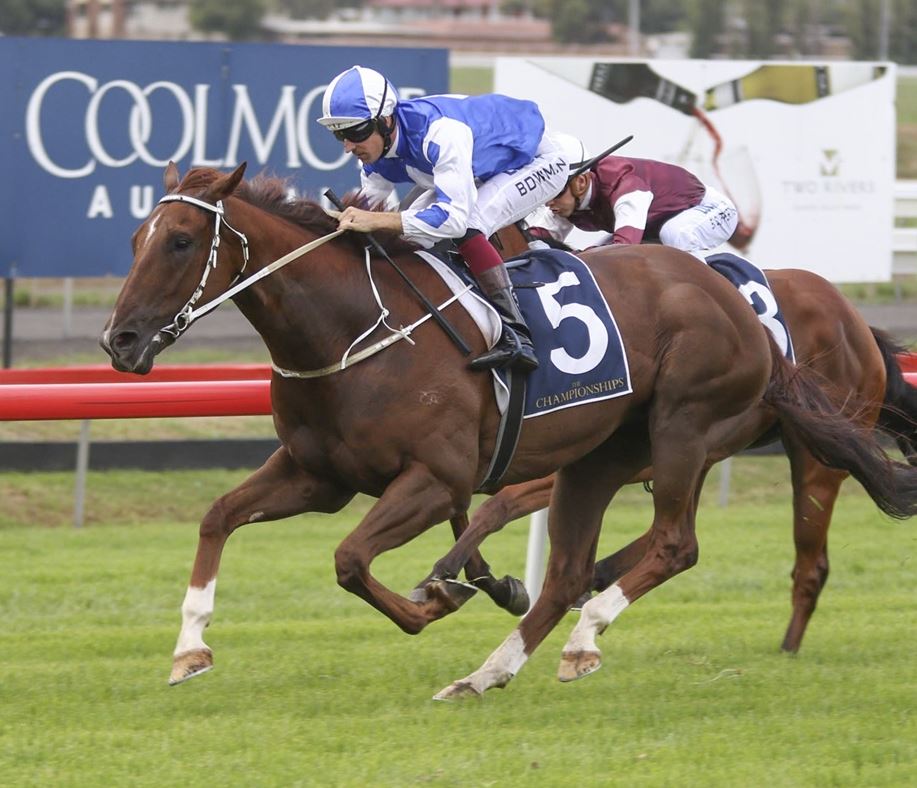 Noble Boy (Hugh Bowman) races away with the 2019 Wildcard at Muswellbrook. Image by Bradley Photographers

“In the five runnings of the Wildcard we’ve had two horses – Artlee and Noble Boy – go on and win the Championships Final at Randwick, and another Don’t Give a Damn run second.

“And last year’s winner was Two Big Fari who has since won at Rosehill, so the form really does stack up.”

Muswellbrook has a strong eight-race card tomorrow with one of the most interesting runners all day being the Kim Waugh-trained Tinka’s Lad who will line-up in the final race, the Godolphin Class 1 Handicap (1000m).

Part-owned by former great Aussie cricketer, Mark Waugh, the three-year-old has only raced on three occasions for a win and two placings.

Two starts back he powered home to win impressively at Scone before working hard out wide from the 600m when run down late by the Godolphin-owned Geist.

Kim Waugh will have another two runners on the program, The Mistral in the Muswellbrook Cup Day 26th March Maiden (1000m) and Right Bower (Cup Day Tickets on Sale in February Maiden Plate, 1450m). All three gallopers will be partnered by Serg Lisnyy.

The track was inspected by Hunter & North West Chairman of Stewards, Shane Cullen and Racing NSW Racecourses Manager, Dave Hodgson after three horses had galloped on the course proper.

Officials and riders involved confirmed that the work which had been carried out by the Club at the direction of Dave Hodgson since the two racedays in December were lost, had been successful and the consensus was that the track will present in terrific order for Thursday’s Tamworth Country Music Capital Raceday.

Tamworth General Manager, Wayne Wood said the Club was looking forward to welcoming back to the track its members and patrons, not having raced since Melbourne Cup day in early November.