Moruya Jockey Club concludes a busy winter and spring racing period on Friday, with their next race meeting not until 22 December. 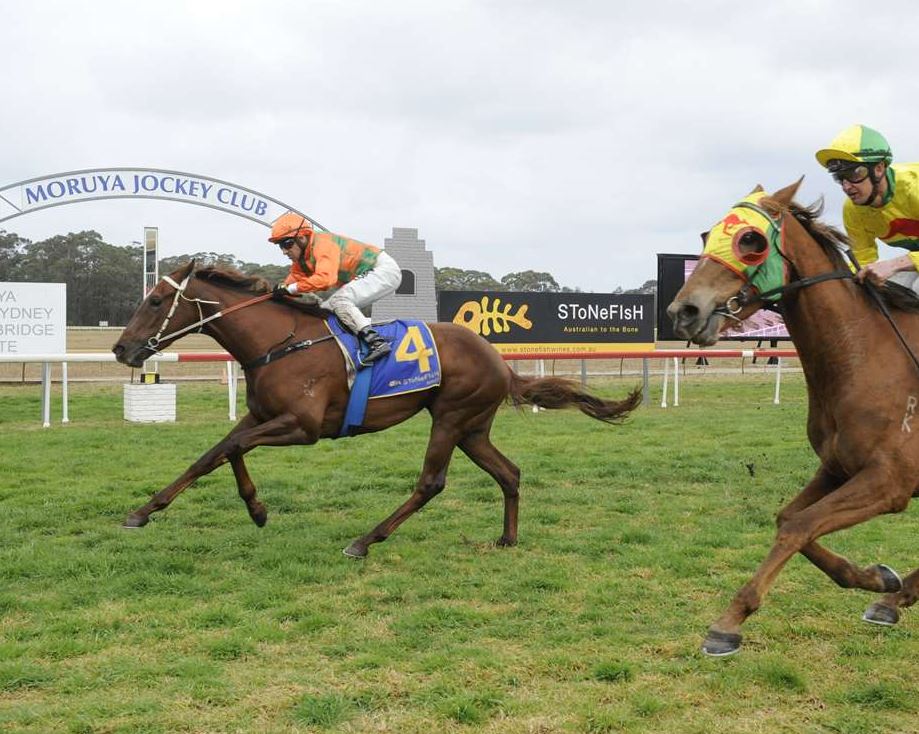 The racing action is at Moruya next Friday (4th October). Image by Bradley Photographers

“This will be the seventh Moruya meeting since late June and the track has held up brilliantly, coping with both the racing and the drought,” said MJC’s CEO, Brian Cowden.

“Following next Friday’s race card, the track will get a break until the summer carnival warms up during December and January with the highlight the [$75,000] North Ryde RSL Moruya Cup on Monday 6 January.”

The feature of next Friday’s meeting is the $35,000 Batemans Bay Cup to be run over 1650m with seven other races on the program each carrying $30,000 in prizemoney.

“Friday is the beginning of a big sporting long weekend with the Epsom and The Metropolitan meeting at Royal Randwick on the Saturday, and the NRL Grand Final on Sunday.

“Spending the weekend on the south coast to enjoy the local attractions and watch the sport is highly recommended,” he added.

“This is fantastic news and no doubt we will get strong entries,” KRC’s GM, John Graham, said.

“With Racing NSW having upgraded our Cup meeting, it is a real positive and shows that we are doing things right.

“Already we have had nearly 70% of corporate areas booked up and no doubt we will have a large crowd coming from nearby tourist hot spots such as South West Rocks and Crescent Head.”

Aside from the $40,000 Akubra Kempsey Cup (1450m), one of the feature races is the $30,000 Steve Keir Memorial (1000m), honouring the former king of the famous Akubra hats that are still manufactured in Kempsey.