WorkAbility client Sean Cousins enjoys his job so much he’s given himself the title of 'Divot  King'. 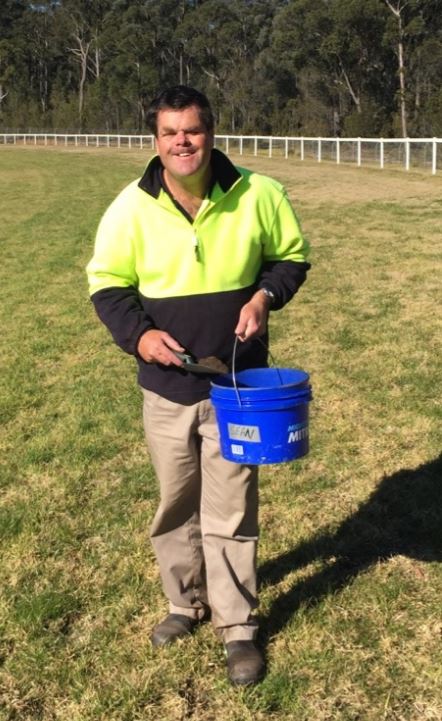 Sean is employed as a Groundsperson with Sapphire Coast Turf Club and is part of a hard-working team responsible for maintaining the racetrack.

“Work is a place where Sean feels at ease, purposeful and part of the team,” said Workability  Employment Consultant, Karen Roscoe.

“A large part of Sean’s job is filling divots in the racetrack.

"With support in the workplace,  Sean has been able to expand his responsibilities to include mowing, whipper snipping and other tasks."

“Sean is a valued and reliable member of the team. He’s dedicated to his job, gives it his best effort and takes great pride in his work.”