In-demand jockey Blaike McDougall, with the momentum of a winning double on Launceston Oaks Day, combines with young Scone trainer Mark Schmetzer to provide the strongest possible punting push for the traditional Digger’s Cup TAB meeting at Cowra on Monday.

The star Riverina jockey rides four contenders for Schmetzer and has a near full book amidst successive phenomenal seasons.

Last season McDougall rode 141 winners and with 118 so far in the new year, his strike rate again is up with the nation’s finest. 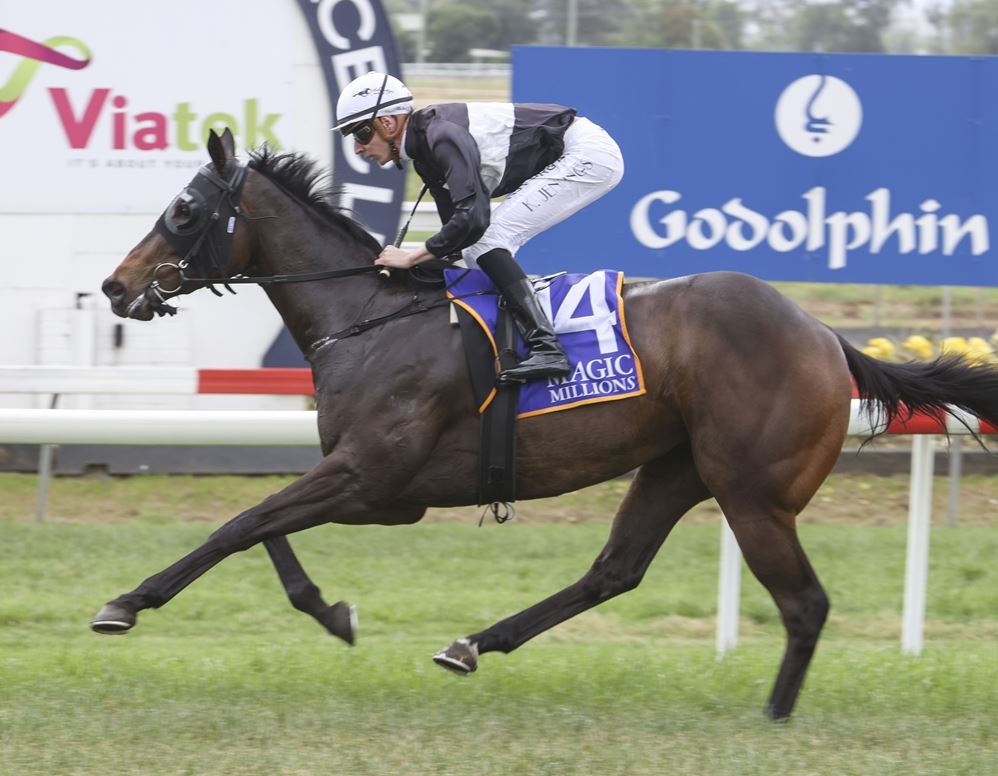 “I love the way he rides; balance, judgement, horses travel for him that’s why he wins anywhere, we’ve had success before,” enthused Schmetzer, with a productive season since he moved stables from Muswellbrook to racing heartland Scone.

In particular, Schmezter has a high opinion of debut maiden-winning filly, Winside who contests the Digger’s Cup a 950m flyer with 58kg for McDougall. The three-year-old Sidestep protégé is primed for a return with an impressive recent Muswellbrook trial win.

“This filly will win better races, her ability is untapped, she’s up to a Highway and we’re planning that way with the prizemoney levels,” Mark enthused.

Schmetzer is undeterred up in grade and drawn wide, taking on older and more experienced sprinters in a BM 58 dash.

Inside draws are vital at the tight Cowra track, but off an unextended debut maiden win by near three lengths in smart time at Muswellbrook, her upside and natural speed might carry the occasion. Importantly Schmetzer and his jockey think so.

They combine earlier with Hustled in a Terry Kiely Memorial Class 2, 1375m.

“This gelding has his share of ability, he’s not quite there mentally yet but his wins at Scone and Moree were in decent quality races and once he puts it all together he’ll make a nice horse.”

Maiden gallopers Accelerant and Pocket Pistol in respective races are discards from Victoria and Queensland bought off the website by Mark’s clients.

In particular, Accelerant is fitter off a Quirindi second and a barrier trial: “He’s been placed eight of his 10 starts, that’s paying his way so there’s certainly a lot slower horses going around than him.

“He’s done well since he came here and those early Werribee placings are good form for a Cowra maiden. He’ll break through more sooner than later.

“And Pocket Pistol has been racing in better grade up north as well, I’m happy enough with both of them in suitable races.”

At present Cowra is rated a Good 4 track in fine weather.