There was double the fun for Bathurst trainers during Saturday's meeting at Mudgee with Roy McCabe and Peter Stanley finding victories with Gaze Beyond and The Long Run respectively.

Gaze Beyond had narrowly missed out on placings in her past two starts but wasn't going to miss out again when she shot from midfield to win the Bondi Ice Bergs Club Benchmark 50 Handicap (1400m).

The Intergaze mare improved to four wins from 19 starts with her latest success, this one being the first with Anthony Cavallo in the saddle. 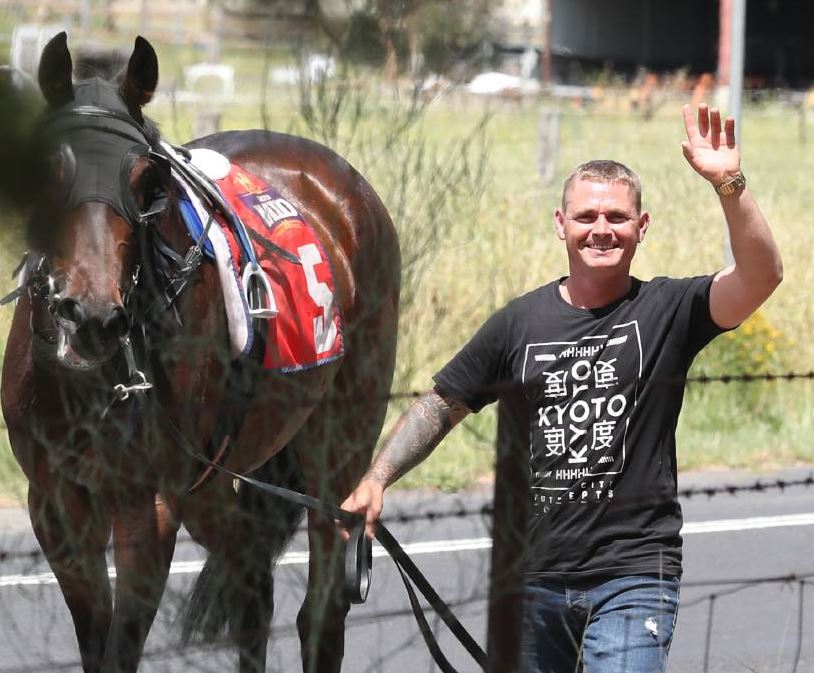 Gaze Beyond and trainer Roy McCabe after winning at Mudgee on Saturday. Image by Phil Blatch

"She's been working well and has been consistent. Anthony rode her perfectly," McCabe said.

"She was around fourth, just off the speed, and that's the way to ride her.

"She has to be off the speed and have one crack at them. She finished off really strongly."

While she hasn't been able to find that next breakthrough moment at TAB level McCabe has been proud of the work she's produced.

"I don't think she can get there again. All her other wins since that maiden have been at non-TAB races and that might be her limit," he said.

"If they can win two or three each prep, just like she's doing, then they don't owe you anything."

Stanley closed out the meeting with a close win for The Long Run.

It had almost been a year to the day when The Long Run found her only other victory, a maiden on the very same track.

"I was more thrilled to see my daughter win again," Stanley said.

"She got out and led and she just booked the sit on them, more or less. She just let her do the rest down the run home."

In between her two wins The Long Run had finished second on three occasions.

Stanley knew it was only a matter of time before she found her next breakthrough.

"She's run a heap of placings for me and I could see she was going to go up the ladder," he said.

"I decided to give her a break, put her away for a while, and she's benefited from that."