A shared float trip to Sydney for Bathurst racing neighbours and the recommendation from a daring winning ride by a rookie apprentice, are circumstances surrounding comeback mare Ave into Saturday’s TAB $75,000 Class 3 Highway, 1400m on the Kensington Track.

Ave, at big value ($18 on TAB fixed odds), is third-up from a long injury absence for celebrated former regional sporting broadcaster Don Ryan, 85, who trains the six-year-old mare in partnership with his son Andrew. 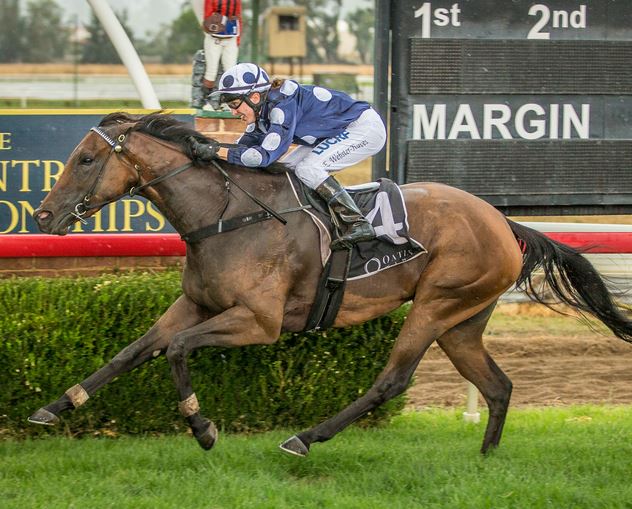 Notably placed in deep Royal Randwick and Rosehill Gardens Highway races in late 2018 before breaking down with suspensory issues, Ave is attractively weighted as her allocated 53kg is reduced further by Cejay Graham’s 3kg claim.

Andrew explained the situation: “We travelled with Dean Mirfin, had a good yarn the day he won at Randwick with Worldly Pleasure and it was a lovely ride by Cejay; the little girl rated it perfectly.

"Ave was unplaced in the same race. Dean told us how capable Cejay is and we knew her family racing background.

"And you don’t need to know any more when a kid is apprenticed to the Snowdens. So we stored that in the memory bank.”

Cejay’s father Peter Graham is a prolific-winning regional jockey, and in into her third career season, Cejay has ridden over 100 regional winners.

Cejay advantages Ave with a maximum claim, while in a later race, she’s also riding Worldly Pleasure again for Mirfin - could be a big day for Cejay.

Meanwhile, Ave has an admirable record of three wins and eight placings from 17 starts, including successive strong Highway placings over 1800m and 1400m late in 2018.

Then the Ryan’s considered her city grade or a least a country cups prospect, before her deflating breakdown and long term suspensory problems.

“She’s a mare that has always shown exceptional ability,” Andrew added. “She’s as good as we can get her at this stage of her prep.

"But the jury is still out after her issues until she shows us what we know she’s capable of. Near a year off and Dad said with a mare of her age, it takes a lot longer to get them right again.

"But she’s stood up really well so far this prep and 1400m is the right range third-up. We took her to town recently for a look and a lead-up for this race.

"Also, we wanted the quality tracks for her leg issues when country tracks have been so hard with the drought.”

The Randwick race and a subsequent Bathurst sprint were both well short of Ave’s preferred distance range. So third-up and out to 1400m is appealing because on the limit weight she’s expected to close strongly on the big stretches.

“We’re hopeful more than confident,” Andrew said. “She’s held up OK the two runs back and that’s why we're coming while she’s eligible for that prizemoney.”

If the Ryans elected to race in the country, Ave would be weighted around 59kg for far less prizemoney and hard tracks are a concern with her leg history.

And out to 1400m from 1300m is another incentive on the big stretches. Greenspan has won twice at 1600m while Kurt Goldman’s Irish Songs ($4.40) will is high in markets on the strength of a previous TAB Highway win and competitive in city BM 70 races.