Dissenter has displayed her staying capabilities at her past two starts proving to be the perfect advertisement as a winter wet track specialist.

The mare will be faced with a different scenario at the transferred Cowra meeting when she drops back in distance for the Railway Hotel Cowra Benchmark 66 (1700m). 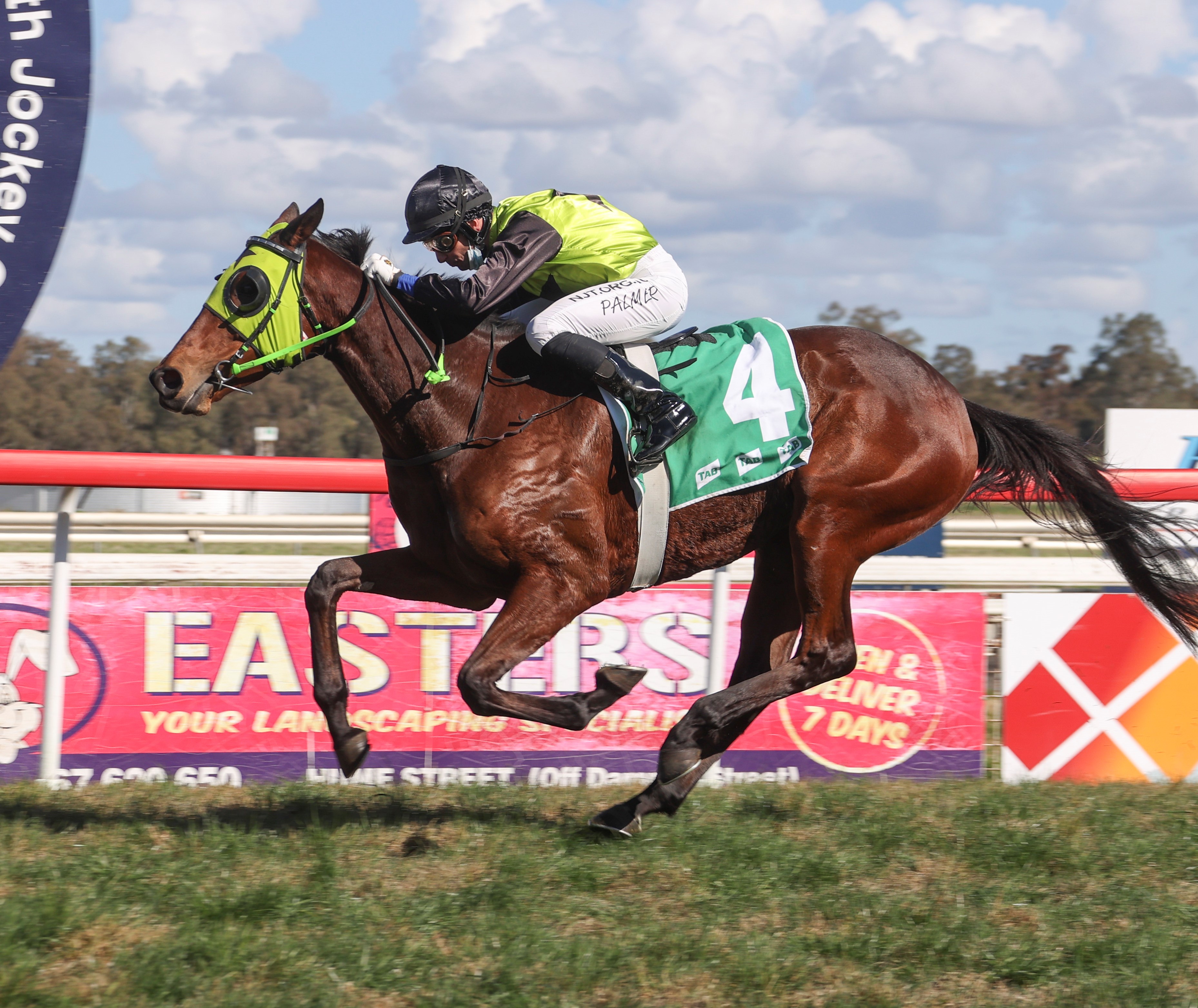 Her past two wins have been over 2100 and 2400 metres at Tamworth and Narromine and trainer Clint Lundholm has modified her training to ensure she is on the fresher side for the drop back in distance.

“The race was originally to be run over 1800 metres at Bathurst which was already a drop back from what she has been running over,” he said.

“She is back 700 metres in distance on her last run so she has just done trotting to keep her a bit fresh.”

The heavy rated surface is perfect for Dissenter who has outstayed her rivals in her past two wins.

She will face the same conditions and Lundholm plans to have the four-year-old daughter of Dissident ridden on the speed.

His 3kg-claiming apprentice jockey, Elissa Meredith, takes over on Dissenter reducing her weight to a competitive 54.5kg which is less than what she has carried at her past two starts.

Meredith rides Dissenter in trackwork and has been in winning touch with her first career treble at Narromine on July 19. The talented apprentice is gaining more opportunities and Lundholm was pleased to give her another winning hope on Dissenter.

“Her last two wins have been great staying performances where she has been able to outstay them,” he said. “I was keen to give my apprentice a ride on her especially as she starts to get up in the weights and in grade.

“Elissa is riding very well and is starting to make a name for herself. Not too many apprentices ride three winners at a meeting when they still have a three-kilogram claim.

“She has about another four winners to go before she outrides her three-kilogram allowance.” Her three Narromine winners were by no means sure things starting at odds of $26, $6 and $1.60.

Dissenter will start as one of the favourites and will break through $70,000 in earnings with a top-four finish. Lundholm said he wanted to win another race before the end of the season – July 31 – to capaitalise on the BOBS money available.

“This is the last throw at the stumps for her with BOBS prizemoney,” he said. She has already earned close to $17,000 in BOBS money and close to an additional $6000 is available if she wins again.

The top weight Riverstock and in-form Ollivander and Lady Kirkham are considered the main dangers to Dissenter. Lady Kirkham’s jockey Blaike McDougall sits second in the National jockey’s premiership with a few meetings this week to try and haul in leader Chris Parnham.

Lundholm will team up again with Meredith with last start runner-up Blackadder in the same race. The trainer hopes Blackadder can break through for his owners after finishing second at three of his five starts this preparation.

“Alyssa rode him that day and he just missed. He has drawn alright and if he can settle into a nice position he should be there at the end,” he suggested.

Meanwhile, Sydney trainer Gary Portelli has accepted with seven starters for the meeting, but has elected to scratch some. He had four debutantes entered for the Cowra Lamb Colts And Geldings Maiden (1100m), but will only start Lohnraki and Talkachino.

The Portelli stable has prepared seven winners already this month and is averaging a winner in every five starters from its past 50 starters. Recent winner, She’ll Be Apples and Liberty Field, will represent him in the final race with no jockey declared to ride Mystic Vein.