Luckless Trainer Hoping For A Turnaround Of Fortunes At Coffs

Coffs Harbour trainer Paul Smith is hoping for a welcome change of luck when Ferniehirst resumes from a spell at her home track on Sunday.

Smith has been rueing an unlucky start to 2019, but thinks the seven-year-old mare can turn things around first-up on Sunday. 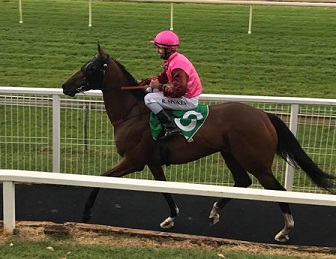 "I had one (Delayed Response) go around at Kempsey the other day (January 7) as a $1.80 favourite, but it was slowly away by about six lengths and was beaten about three in finishing third," he said.

"And my other runner that day (Plecturm) went awful on the firm track and finished last.

"Hopefully, things can turn around on Sunday. I think Ferniehirst should race very well. She's drawn well (barrier four), races well on her home track and, although she'll benefit from the run, she's pretty close to the mark for her first-up run.

"A soft track would have been ideal, but that's not likely, although they are planning to water the track."

Ferniehirst, a seven-year-old daughter of the Danehill stallion Floral Dynamite, was a latecomer to racing, but has compiled a handy record of five wins and four placings from her 22 starts.

"She didn't race until she was almost five after going through a fence as a three-year-old and badly cutting her legs," said Smith. "She was sidelined for about 12 months, but that might have been a blessing in disguise as it gave her time to mature a bit more. She's compiled a pretty handy record so far and has improved with every prep, although she's getting a bit hard to place now."

Ferniehirst's only really poor run last campaign was her final run before a spell when she finished last of nine at a Canterbury night meeting on October 26, but Smith believes she just wasn't comfortable racing under lights for the first time.

"We were rapt in how well she raced through the Country Championships and she was a bit unlucky not to also grab a berth in the Kosciusko at Randwick in October," said Smith.

Apprentice Cejay Graham, who claims 1.5kg, will be out to maintain a perfect record aboard Ferniehirst on Sunday after partnering her to victory at her only previous ride on the mare at Newcastle in back in September. And Ferniehirst might be the omen bet in the Pink Silks Cup as she carries predominantly pink colours.

Sunday's Pink Silks Cup attracted a field of 11, including another local sprinter Elite Dubleo, who is attempting to go one better than he did in last year's race when second to Mishani Honcho.

Paul Smith is also looking for encouraging runs from his two other runners at Sunday's meeting - first-starter Moonhawk in the 2YO Maiden Plate (800m) and Queen Gina in the Maiden Plate (1000m).

"Moonhawk is a two-year-old I have a bit a time for. He went fairly in a recent trial (at Coffs Harbour) and can improve on that, but he'll be better next prep and will probably have a break after this one run," he said. "Queen Gina is a nice filly, although still a bit green, but could run a nice race from her rails draw."

A feature of Sunday's Pink Silks raceday will be the fourth race, the Benchmark 58 (1300m), which is a race restricted to female jockeys.