Luck Of The Irish To Favour Dublin Diva At Nowra

It’s been unrelenting patience and time with Bjorn Baker’s Dublin Diva as the stable is confident she is city potential and Nowra’s TAB meeting on Monday is the next progression.

Debut gallopers just don’t do what the striking black NZ-bred mare did winning at Bathurst last month, and she’s the stand-out of several emerging Baker prospects on the Shoalhaven circuit.

After continuing injury reversals and near two years absence, Dublin Diva (O’Reilly) was finally ready for the racetrack as a four-year-old. 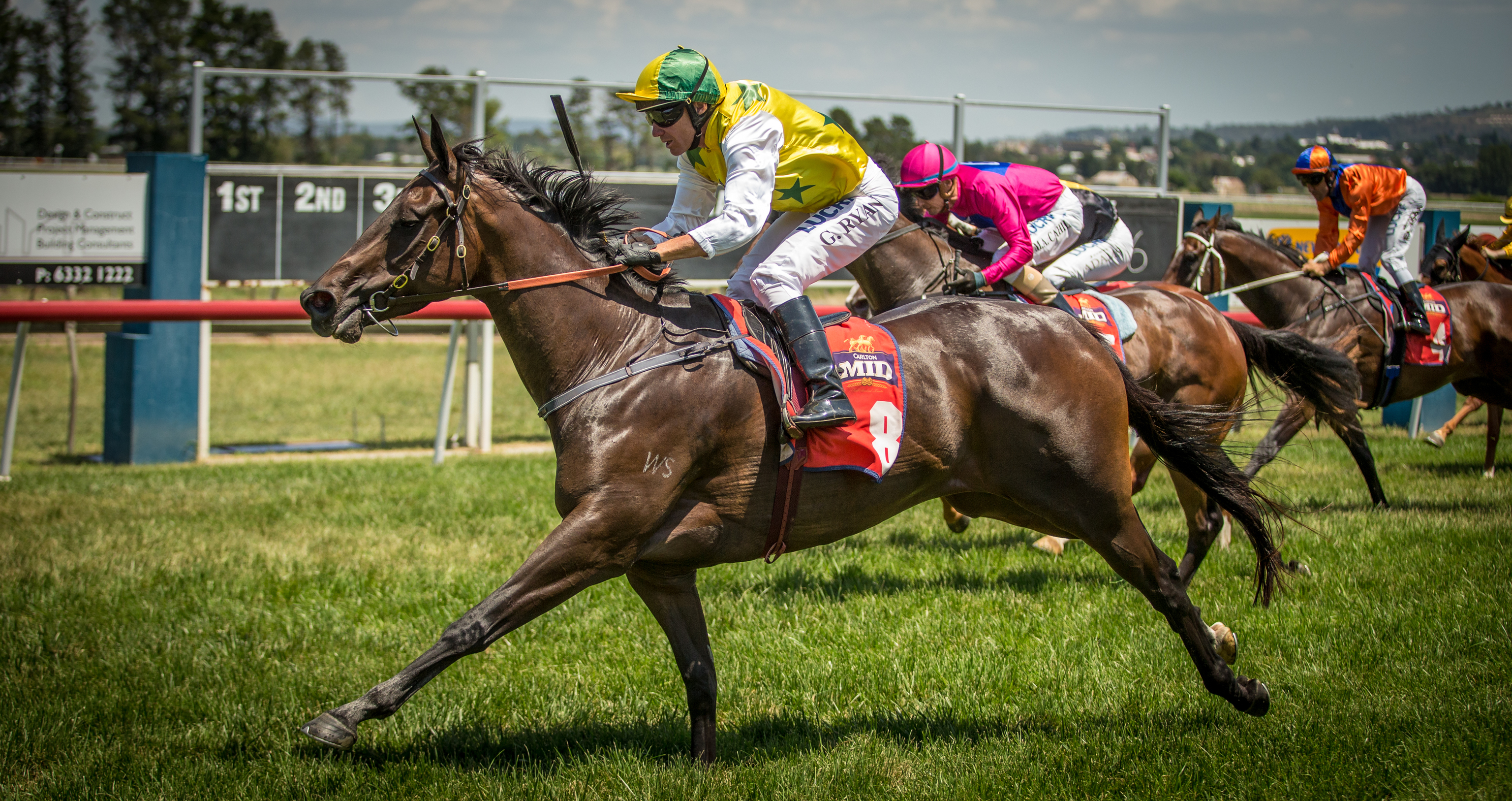 Through Greg Ryan’s prolific combination with the Baker stable at Bathurst and strong trial reports, it was full alert for punters and betting outlets and she was always odds-on.

But everything possible went amiss with the race plan according to Baker Racing Manager, Jack Bruce, as Dublin Diva starts on Monday in the 1200m, Kinghorn Motors Class I with 59.5kg for Chad Lever.

“The intention for Greg was to ride her outside the lead fresh at 1100m, but she missed the start badly,” Bruce explained.”

Dublin Diva’s settled near last, a dozen lengths off the leaders to the shock of the Baker contingent watching from New Zealand yearling sales.

“Knowing her ability we hadn’t given up, but they certainly don’t come from back there at 1100m at Bathurst, especially off just one trial.”

When Ryan finally got Dublin Diva balanced and switched to the extreme outside, she exploded and won running away by 1.5 lengths.

“As a two-year-old, we thought she was city potential but with her issues we couldn’t sustain any prep. So she’s probably at that stage as a four-year-old.

“She stills needs to learn more ringcraft in country racing. We’ll continue to build her up, we haven’t got her anywhere screwed down but she’s a lovely progressive mare and she’ll get further.”