Husband and wife training team David and Emma-Lee Browne have the bigger picture in mind for their three contenders in Sunday’s Riverina Cup Road To Jericho (3800m) at Wagga.

The Cranbourne duo has never previously started a horse at Wagga and will make the five-and-a-half-hour trip with Landgrave ($5.50 on TAB), Piping Hot ($9.50) and Maktastic ($10). 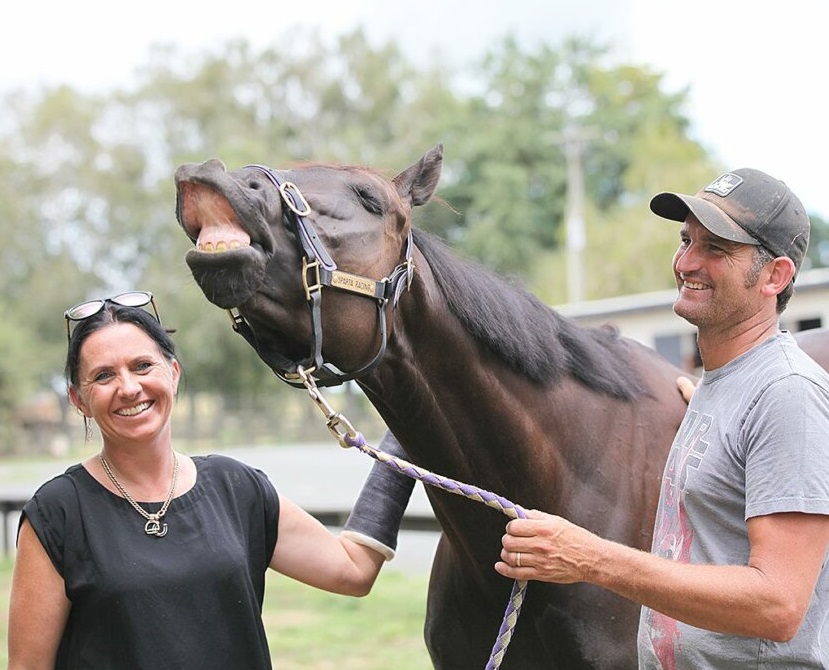 “Our three horses are New Zealand-bred and love a bit of distance so hopefully they can gain enough points to gain a start in the Jericho Cup in November,” Emma-Lee said.

“It’s good prizemoney ($30,000) and the race is an opportunity to get qualified for the Jericho Cup.”

The Jericho Cup has been staged for a few years and will be run over 4600m at Warrnambool in late November for $300,000.

To earn a start, horses need to gain enough points for distance races over 3000m at various tracks across NSW and Victoria.

“Landgrave is our best chance because he is the most proven at the longer distances,” she said. “Jett Stanley won on him over 2100 metres at Echuca in June and he will ride him again.

“I’m not sure if Maktastic will see out the distance or if he will start for sure as he is also in at Pakenham.”

The Brownes will have the most starters in the eight-horse field, while Ben Brisbourne has Vintage Diesel ($4.80) representing him. Vintage Diesel has won three of his four starts at Wagga.

Topweight Marakopa ($2.20 favourite) has finished second at his past two starts in Sydney over 2200m and 2600m and was successful at Randwick over 2400m in May. He also finished fifth in the Brisbane Cup (3200m) in June and will have to concede all of his rivals several kilograms with his huge impost of 67kg.

In-form Canberra galloper Eipizeel ($12) was successful at Gundagai last Sunday over 1800m and trainer Gratz Vella believes he will see out the distance.

“His trackwork jockeys and race riders say he will stay all day,” Vella said. “He is very fit and has found his best in recent starts over a bit of distance.”

The other feature race on Sunday is the Wagga Whiz for the sprinters over 1000m. Magnetic ($4.40) was explosive winning first-up at Narrandera, while the topweight Bombdiggity ($8) will be having his second start this campaign.

Northernero ($11) has a solid record at Wagga and at distance, while Delacour ($11) will be fitter for one start back from a break.

Stablemates Seventh Seal ($10) and Hardware Lane ($2.80 fav) are other strong chances, along with Calescent ($11) who resumes from a spell. Big Day Out ($8) is always competitive and has only missed a placing once in nine starts at Wagga.