Moree trainer Peter Sinclair is delighted with the progress of his talented galloper Upstart after a 14-month layoff and has another country cup in mind for the gelding after he makes his return to racing at Coffs Harbour on Sunday.

Sinclair is obviously delighted to have last year's Moree Cup winner Upstart back at the racetrack this weekend but now has a longer road trip to endure. 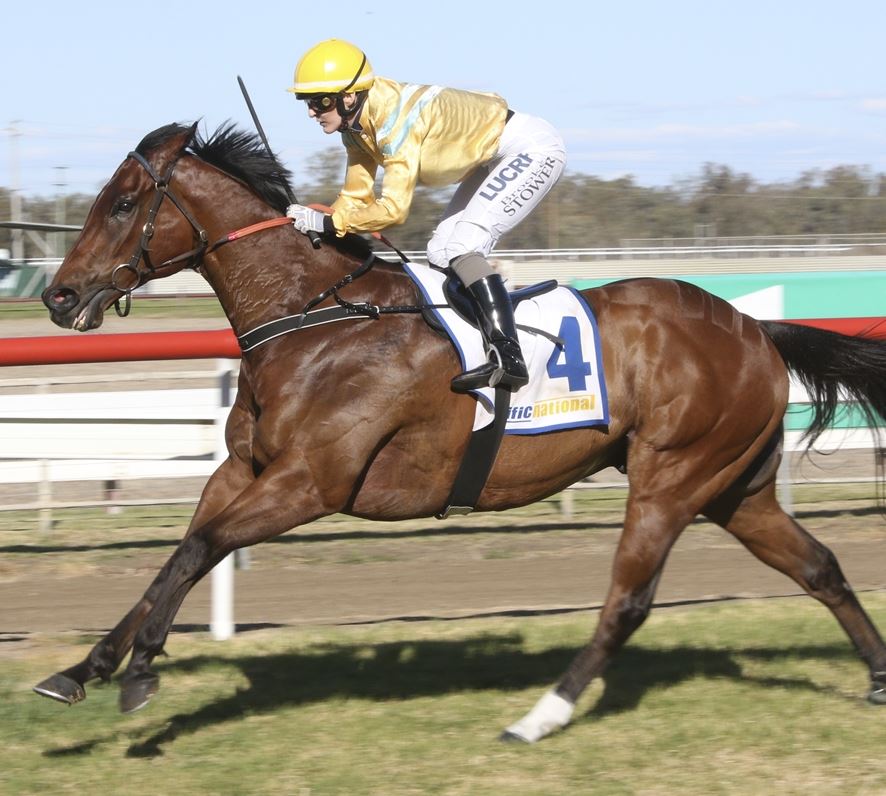 Sunday's meeting was originally scheduled for Grafton but on Thursday was transferred to Coffs Harbour due to concerns about the forecast of a 41-degree temperature at Grafton on raceday.

"It's now going to be a much longer trip. It's about a five and half hour trip from Moree to Coffs Harbour and we'll probably head down there on Friday," said Sinclair.

He returns in Sunday's Paradox Media Open Hcp (1200m) where he carries the topweight of 61.5kg.

"After he won the Moree Cup last year we were thinking about taking him to Brisbane for his next race, but he took fright at something one day, took a bit of a dive and twisted his back end," said Sinclair.

"It was just a muscle problem but we decided it was best to give him a long spell.

"You just never know how these older horses are going to come back after a lengthy break, but he seems to have returned in great shape."

Now an eight-year-old, Upstart started his racing career with Scone trainer Paul Messara, who paid $150,000 for the son of Starcraft at the 2014 Gold Coast yearling sale. Upstart is out of the Canny Lad mare Cannarelle, making him a half-brother to champion sire I Am Invincible.

Upstart won two races for Messara during the 2014-15 season, before then spending time with several other trainers - Kris Lees at Newcastle, Maryann Brosnan at the Gold Coast and Paddy Cunningham at Glen Innes.

Sinclair admits he didn't expect too much from Upstart when he arrived at his stables in mid-2019. At his previous start before he arrived he had been deemed uncompetitive by stewards after finishing 28.5-length last of 11 at Casino on May 24 last year and had to trial before he could race again.

"I knew one of his owners who asked me to give him a go and I must admit I didn't think much of him when he arrived, so it came as a bit of a surprise that he was able to string those four straight wins together for me last year," said Sinclair.

"He didn't do much on the training track when he first arrived - he still doesn't really - but (jockey) Brooke Stower did plenty of work with him and we eventually got him going. The horse just seemed to improve with the way we were doing things and the change of scenery probably played a part as well."

Stower rode Upstart in all of his four wins for Sinclair last year, but is currently sidelined after a Grafton fall in late August and Kirk Matheson takes the ride on Sunday.

Upstart geared up for his return to racing with two recent easy barrier trial wins under Matheson - at Moree over 950m on October 30 and at Inverell over 1010m on November 14.

"His trials have been good and I'm very happy with him going into Sunday's race," said Sinclair. "But he's not fully wound-up after such a long break and he might just feel the pinch late. I'd be a bit surprised if he could win first-up, but I still think he'll run very well as he heads towards his main target, the Inverell Cup on January 1."

Grafton trainer John Shelton no doubt would have preferred to be racing on his home track, but his in-form galloper Bugalugs still looks the one to beat in Upstart's race.

The winner of four of his past six starts, Bugalugs is a two-time winner at Grafton and is coming off a last-start win there on November 4 when he resumed to win the Jacaranda Cup (1106m).