The postponement of the Moruya Cup earlier this month was a bitter disappointment for local trainer Natalie Jarvis who is chasing back-to-back hometown wins in the rescheduled $75,000 feature which will now be run on Thursday.

The Moruya Cup (1435m) was originally to be run on January 4 but the meeting was called off after the fifth race following persistent heavy rain and lightning. 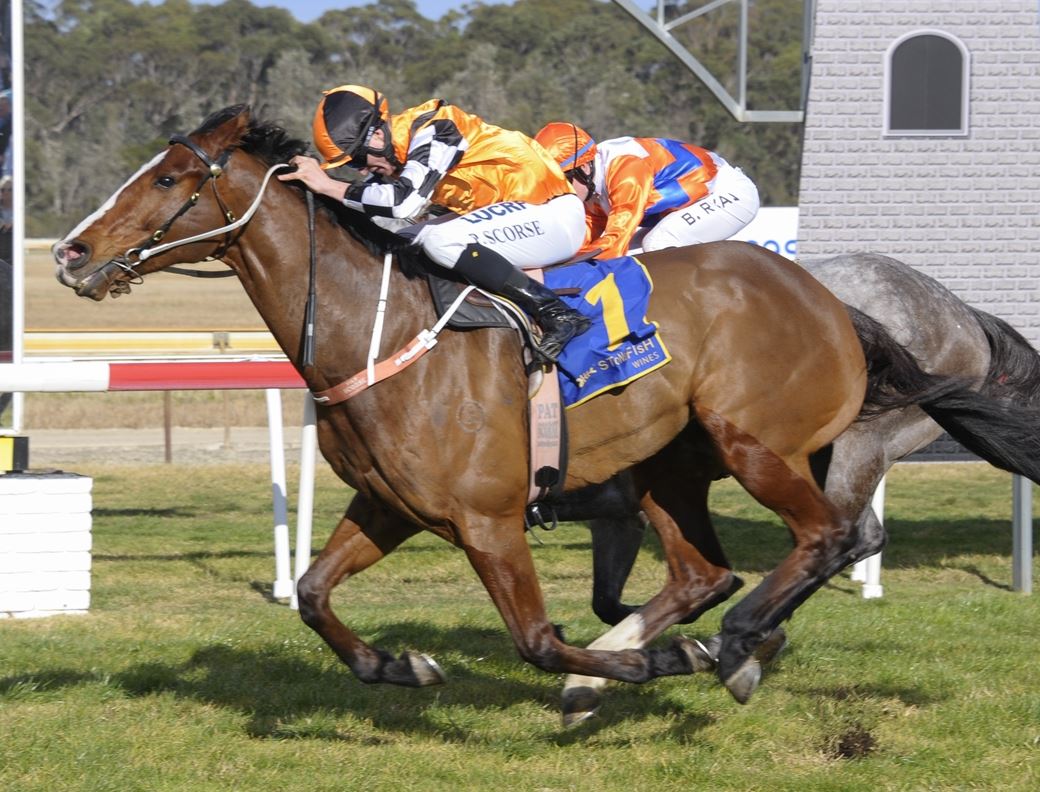 The meeting began with a track rated a soft 7 but was downgraded twice throughout the meeting and was a heavy 9 when stewards called off the final three races, deeming a section of the track near the 700m unsafe for racing.

Jarvis's two Cup runners Hay Bale and Airfree would have relished the heavy conditions that day, but they will strike a likely good track this time around on Thursday.

"When the rain started falling through the afternoon at the January 4 meeting we really started cheering as both Hay Bale and Airfree both like heavy tracks," said Jarvis.

"We had already landed a double that day and also had high hopes with both Hay Bale and Airfree in the Cup and with Boom And Zoom in the final event, but unfortunately the weather got too bad and the meeting had to be called off.

"On Thursday they look like they will get completely different, much firmer track conditions. That's not a problem for Hay Bale, who handles all surfaces, but Airfree would have needed a softer track to be a winning hope."

Airfree made the most of soft conditions in last year's Moruya Cup, squeezing into the field after scratchings to storm home late and cause a boilover at $26. The mare jumped from the outside gate last year to give Jarvis, who moved to Moruya from Kembla Grange four years ago, her first win in her local cup.

Jarvis had gone close in 2019 when the Matt Dale-trained Animalia narrowly beat her runner Belle Tournure. Hay Bale faces a similar task to Airfree this year after also drawing the outside gate in Thursday's 14-horse field.

Despite the awkward gate, Jarvis expects Hay Bale to run a bold race in what looks a very open race. The postponement of the race has also meant a jockey change for Hay Bale with Shaun Guymer currently suspended and having to make way for John Kissick.

"Hay Bale's being going very well lately and Shaun has done a great job on him, but unfortunately he's now serving a suspension and John will be having his first ride on the horse," said Jarvis.

"Hay Bale will go forward as he usually does and hopefully he can slot in from that bad alley. He's continued to improve since we got him and has been racing very well, especially here at Moruya, and as long as he gets some luck in running I think he can run a big race."

Hay Bale began his career in Victoria with trainer Robbie Griffiths and joined the Jarvis stable in mid-2019. He has won three of his 16 starts for Jarvis - all of those wins coming at Moruya where he has been unplaced only once in seven starts at the track.

Hay Bale won back-to-back races at Moruya earlier this season - an easy win in an Open Hcp (1210m) on August 4 and in the South Coast Registered Clubs Cup (1435m) on August 16. His most recent run at Moruya was last start on December 20 when he carried 59kg and was just grabbed late by Whisky'n'Diamonds in the Christmas Cup (1300m).

Jarvis has several leading hopes in the other races at the eight-race Moruya Cup meeting, including the three-year-old filly Boomahnoomoonah (named after a town in Victoria) who looks ready to break through in the Maiden Plate (1435m).

The Vancouver filly has been narrowly beaten at her past two runs at Moruya (December 20) and Sapphire Coast (December 27) but has drawn perfectly in barrier two on Thursday and Jarvis has booked top Sydney rider Tommy Berry for the ride.

"We've been lucky enough to get Tommy Berry to ride a couple of ours on Thursday and Boomahnoomoonah certainly looks the pick of our runners at the meeting," said Jarvis.

The stable accepted with Gunga Din, to be ridden by Blaike McDougall, Rockarosa (Jay Ford), Perfect Pitch (Brendan Ward) and Balonne (no rider notified). Rockarosa and Perfect Pitch are also acceptors for the TAB Highway at Rosehill on Saturday.