Local Mare Ready To 'Ham' It Up At Gunnedah (Sat)

The five-year-old daughter of Al Samer saluted at Dubbo on November 17 after resuming from a 21-week spell. It was her first win in six starts and a 1110m maiden.

“She’s my best chance I think,” Sally Torrens said. “She’s a lovely little mare. Best part is I own her too.” 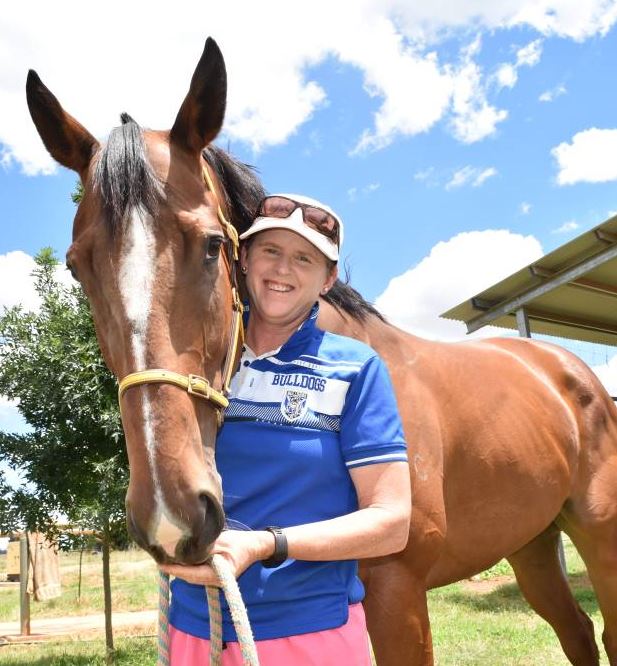 Sally said she has “a few nominated”. Yankee Tango (R1), Shot At The Reward (R2), Supreme Goddess (R3), Stoke It Up (R5) and Reigning Supreme (R6) make it a busy day for Torrens with Swiftly Mango to boot.

“It’s going to be a big day,” she added. “The noms (159) were huge, the club would have to be very happy with that. They have quite a few Christmas parties booked in as well. The track looks good too.”

GJC president Kevin Edmonds agreed: “The noms were pretty good. We were really happy with them, they are excellent.

"The track is good too. We’ve got a good bore and a new watering system.”

The concerning aspect for Edmonds and is committee though is the lack of water from the Peel River.

However he, and his committee, are preparing for a huge day horse-wise and spectator-wise.

“We have around 800 booked in for Christmas parties,” he said. “That should be really good.”

Then there are the renowned Christmas Hams. Each winning trainer receives one, something has become a tradition of excellence and thanks for many years.