Almost 30 years before Art Cadeau sealed his status as a rising star of country racing his owner and breeder Mick Lill, unbeknownst to him then of course, was laying the foundations.

At the time Lill, a former racehorse trainer in North Queensland and representative rugby league player in the 1960s, owned a pub in Mareeba and made a purchase he hadn’t been able to as a trainer when he snapped up a Snippets filly that would be called Aunty Lily.

As he reflected on Art Cadeau, a grandson of Aunty Lily, winning the Newhaven Park Country Championships Final (1400m) at Royal Randwick in April the 81-year-old revealed just how much it meant even though he wasn’t able to be on course on the day. 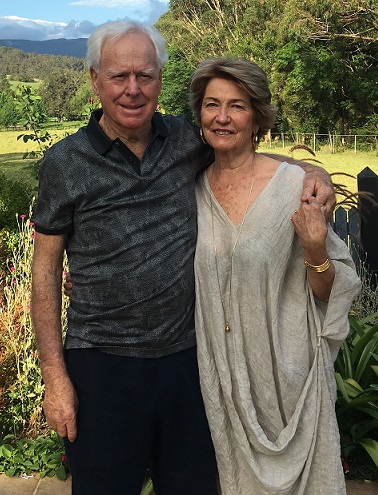 He says the Country Championships, plus other Racing NSW initiatives for country racing, is an amazing concept that’s provided him with his biggest thrill in many decades in the sport.

“It was an extraordinary day, these sorts of things don’t happen every day,’’ Lill said.

“From the base we’ve come from it just doesn’t happen. We’re all fortunate to have a horse like him, but it’s in the genes. Everything comes out from the genes.”

Aunty Lily was a city winner and only raced four times but as far as Lill is concerned her most significant achievement was producing a filly called Jewelled Gate who would, at her seventh serving, introduce Art Cadeau to the world.

Jewelled Gate was trained by Leanne Aspros, who Lill knew from his time in Rockhampton, and the mare’s career highlight in 21 starts was a Listed win in the Nivison in 2008 with Glen Boss in the saddle.

Several years before then Lill and his wife Joy had purchased the Earlwood Hotel in Sydney and decided to settle on a farm in Berry to enjoy life and breed racehorses.

“In those early days I didn’t have any money to purchase them myself,’’ he said.

“I knew Leanne as a child from Rockhampton and she used to train at Bathurst. When I got into the pub I had access to a little bit more money and we bought a few horses and had a bit of fun.

“When we bought the pub I bought the Snippets filly and that’s what I relied on.

“Jewelled Gate has a double (cross) of Star Kingdom, one of the best sprinting horses in Australia, she’s got a pattern that works so we had a lot of fun with her.

“She didn’t go on after that preparation, she had a little bleed that wasn’t damaging, but I wanted to breed from her.”

The Lills have raced all of Jewelled Gate’s foals and next in line there’s a rising two-year-old half sister to Art Cadeau called Ulysses Blue (by Americain), a 2020 foaled colt by Odyssey Moon and the mare was served by Astern last spring.

Had Aspros continued training beyond mid-2016 she might well have ended up with Art Cadeau.

But Lill elected to steadily send horses to Terry Robinson, who trains at nearby Shoalhaven Heads, though it wasn’t the first time he’d supplied Regal Lodge with a horse.

Robinson revealed his father Kevin trained for Lill about a quarter of a century ago, though only in a limited capacity, and Terry himself recalled he was a little reluctant to take on more horses when Lill reached out.

“Mick asked me to train some horses, I wasn’t overly keen at the time because I was trying to cut my team back, and he gave me one to start with then two and things progressed from there,’’ Robinson said.

“(Art Cadeau) is a great credit to Mick, it’s nice to be able to train for him. He’s bred this horse, raced his mother, and it’s fantastic for him.”

Lill is a hands on owner. He had that association with Aspros when she trained for him and he shares the same rapport with the Robinson family.

“We had a great association, Leanne and I, and we always talked things out between us,’’ Lill said.

“Terry and I have formed the same sort of connection. He asks me my opinion, I’m not saying he’s going to take it, and I don’t want a relationship where I just go to the races and watch my horse go around.

“I’m not interested in that, I want participation and inclusion.”

Art Cadeau might look like the ultimate professional on the racecourse, certainly his Country Championships victory is evidence of that, but as a young horse Lill said he was quite backward. 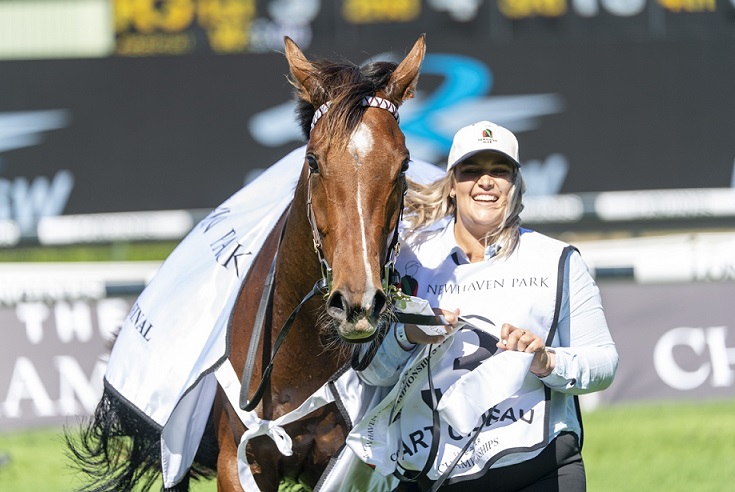 But in his time watching the Artie Schiller gelding in the paddock at his farm he’s seen the sorts of traits that took Art Cadeau to success at The Star Championships at Royal Randwick and that will serve him well into the future.

“He was like an only child, he’s always been a bit slow to do things,’’ Lill said.

“He gets upset easily, I fed him with his mother on a certain brand of feed and when he was six months old we weaned him and he wouldn’t eat it any more.

“When I sent him to Terry he rings me up and says ‘Mick this horse won’t eat all his feed’ so I bought him home and he’s eating 4kg of grain a day because he missed being home for a while.

“So he had to grow up, which he’s still doing and he’s still quirky. He’s only a four-year-old and it’s like he’s a two-year-old, but apart from natural ability he has that will to win.

“When he won the qualifier at Goulburn he wasn’t right on the day, he missed the kick for the first time in 10 runs.

“There was a horse coming from last (Leg Work) and everyone was jumping up and down that he was going to beat him but Tommy (Berry) said when he got beside him he dug in, and he said ‘it wasn’t me at all’, the horse was spent but he’s a fighter and that’s what you want.”

There’s every chance Art Cadeau will be given the opportunity to become the first Country Championships winner to take out the $1.3m The Kosciuszko (1200m), the richest race in country racing, in October.

But that’s something Lill and Robinson will concern themselves with after Art Cadeau has his spell in familiar surrounds at Berry and is given some much needed time to come into himself.

“I’m a great believer in one step at a time,’’ Lill said.

“You can think about those things but you can’t let it dominate your thinking. The horse comes first.”