Lees Certain To Be Punters' Pal At Armidale (Tuesday)

Amidst celebrated career milestones, it’s business as usual at regional tracks for Kris Lees with promising newcomers and winning form providing the push for punters at Tuesday’s Armidale TAB meeting.

Lees is airborne - having landed a winning treble at Cessnock today - and a stable record surpassing 200 season wins.

Added to that, his Newcastle and burgeoning Queensland enterprise locked in its first The Everest slot in dual Group One-winning mare In Her Time.

Lees also joined his late father Max, inducted into the Newcastle and Hunter Racing Hall of Fame, while regional premierships are again assured. 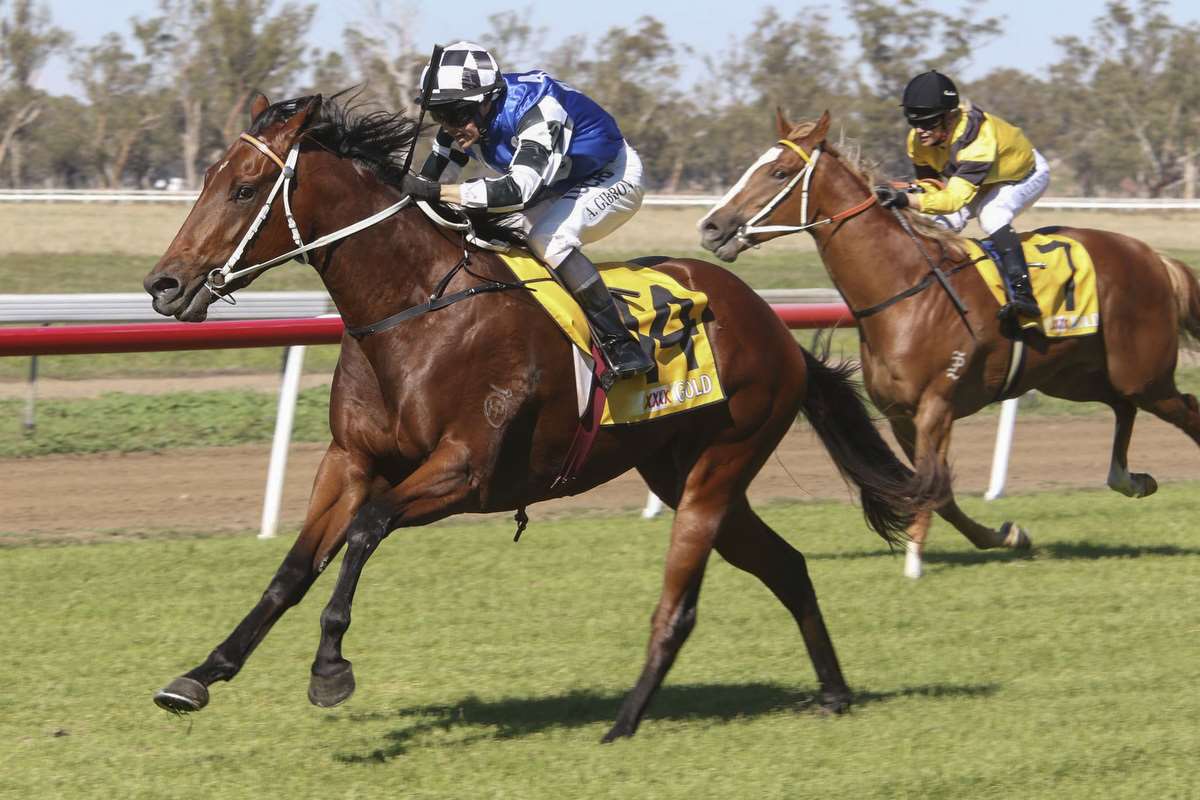 Wandabaa (Andrew Gibbons) bolts in at Gunnedah on debut. Image by Bradley Photographers

The unassuming Lees has always kept it in perspective. Regional racing remains a vital starting point for so many youngsters.

“We’ve got some nice chances but at this stage we’ll likely scratch Azarmin and Free Verse, keep them for another day,” Lees explained.

“Wandabaa is a lovely progressive filly, she won well enough and from the soft gate and this race is a nice option for her.”

Debut filly Dream Song has been schooled by four barrier trials into the second race maiden. The latest trials off a three-month spell.

“She’ll take improvement out of this as she was a bit soft late in a trial, but a nice enough filly.”

Miss Earth had a lengthy spell after showing promise with Kensington and Wyong placings, fourth at Warwick Farm and she resumed to win a modest Gunnedah Maiden at $1.50 off two trials.

“She’s a filly that just needed extended time to mature, but she’s improving, showed the ability first prep and she’s got a soft gate in a suitable race.”

It has been more than 12 months since the striking grey finished just behind the placegetters in Saturday grade at Flemington, Royal Randwick and Doomben, and running second in the 2016 Provincial Championships final at headquarters.

“His fresh form is solid, he’s drawn well and he had the two trials going into a nice run first-up.”

Powerline closed off strongly when fourth in the recent $32,000 Lightning Stakes won by Patriot at Gunnedah.

A focus at the meeting is attractively bred newcomer Glendor ($4.20), from the stables of astute Scone veteran Stephen Jones who will oppose Wandabaa.

Glendor, an All Too Hard, two-year-old gelding by Redoute’s Choice mare Porcelain, won a recent Muswellbrook barrier trial by a wide margin unextended.

“I like him, we just wanted to give him a cosy look - not pressure him,” Jones enthused. "He flew the gate won as he liked and run a bit of time.

"He’s got pedigree, we’re in the right race and drawn in. You need to be at Armidale, it’s a tight track. I was apprenticed there, that’s a long time ago,” he chuckled.”

At present Armidale is rated a good 4 track with overcast conditions.