Sydney pair Peter Snowden and Bjorn Baker are among the leading metropolitan trainers setting their sights on the $200,000 Albury Gold Cup on March 20.

The high-profile duo travelled to Albury on Friday to launch the Albury Gold Cup carnival at the Commercial Club, the major sponsor of the Albury Cup carnival for more than a decade.

Snowden has made two previous unsuccessful attempts to win the Albury Gold Cup (2000m) while Baker has never had a starter in the Listed feature. 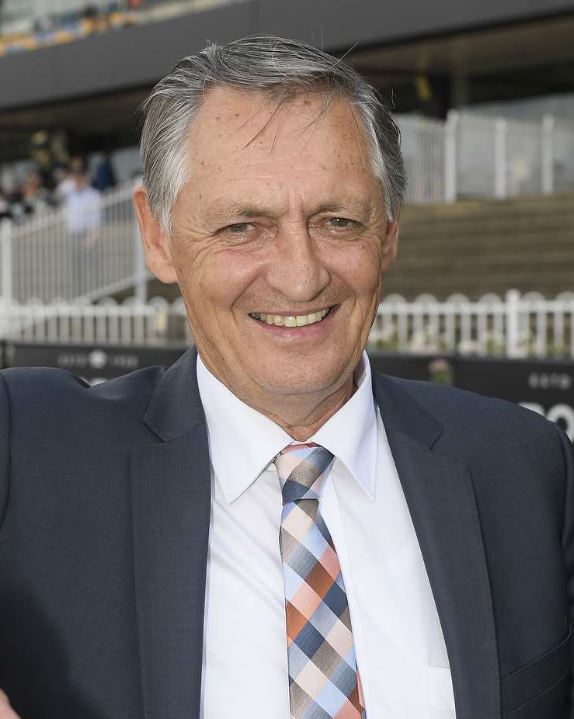 Peter Snowden [pictured left] is hoping it could be a case of third time lucky with the in-form Mount Tabora top of his list to represent him this year.

"Two starts back he won well at Flemington over a mile and then he ran over 2000m at Randwick and was beaten only half a length. He loves 2000m and a big track so he looks a suitable horse for the Albury Cup."

Snowden said Mount Tabora would not have another lead-up race before Albury with Tommy Berry likely to be offered the ride.

Baker said he could make a two-pronged attack on the Albury Cup with Sir Plush and Fun Fact after they run in today’s Canberra Cup.

“If they perform well in the Canberra Cup then the timing of the Albury Cup makes it a logical target," Baker said. "Bobby Dee is another Albury Cup chance. He would be a good lightweight chance.

“I won the Albury Guineas in 2016 with Rosaleisha and would love to have a runner of two in the Albury Cup. There is great prizemoney on offer over the carnival and it is not far to come at all from Sydney."

Fun Fact, a Gr 3 Grand Prix winner as a 3YO, won at Randwick two starts back before finishing sixth in Listed grade at his most recent start at Rosehill.

This year's Albury Cup carnival, held over two days on Thursday March 19 and Friday March 20, will be the richest in the club's history with more than $770,000 in prizemoney plus bonuses on offer.

Albury Racing Club anticipates record crowds will attend this year’s carnival after the 2019 Albury Cup meeting had to be abandoned an hour before the first race after the track was saturated by a deluge on race morning.