Ballina trainer Ethan Ensby feared for the future of Lady Grande back in January but the mare has certainly bounced back from that health scare and is poised to record back-to-back wins at Grafton on Tuesday.

A dominant last-start winner of a Class 1 & Maiden Plate over 2200m at Grafton on March 15, Lady Grande has Ensby brimming with confidence ahead of Tuesday's Exclusive Trophies Benchmark 66 over 2220m at the same track.

Ensby was originally very wary of the Allan Kehoe-trained Zellymay when he first saw the nominations for Tuesday's race, but that in-form mare was not an acceptor and raced instead at Armidale on Sunday. 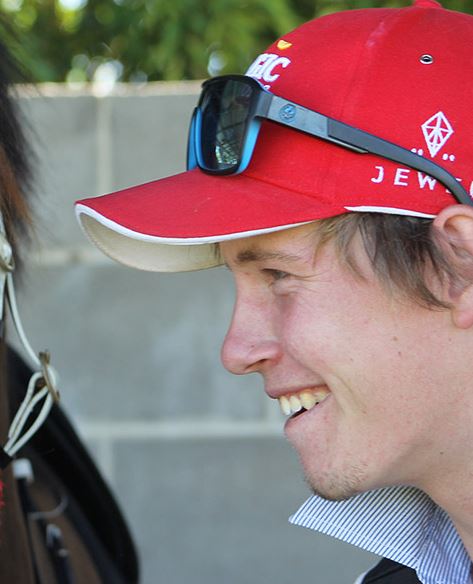 "Now that Zellymay isn't in the race, I think Lady Grande should be the winner again on Tuesday," said Ensby.

But things didn't look that rosy for Lady Grande at the beginning of this current campaign when she pulled up very distressed after her first-up 11th of 12 runners at Ballina on January 17.

"She pulled up very weak and lethargic after that first-up run," said Ensby. "We took her home and had a couple of blood counts taken and had the vet look at her. It looked a bit 'touch and go' with her that first night and we wondered whether she'd still be with us the next morning.

"But she bounced back a little the next day and within a week was back to 100 per cent. But it was a complete mystery what was actually wrong with her."

Lady Grande bounced back from that scare with two good performances to finish third at Grafton over 1610m on a heavy 10 on February 6, then a close second to Reagan's Mistake over 1900m at Casino on February 28.

She then appreciated the step up in distance and the return to Grafton to score by just over 1-1/2 lengths in the Class 1 & Maiden Plate (2200m) on March 15. That boosted her record at Grafton to two wins and two placings from her four appearances at the track.

"I've been buying horses from John for about three years now and from the 11 horses I've bought, nine have been winners, including Partnership, who has won five races and gave me my first metro winner in Brisbane last year, and Fencourt who has also won five races and is probably the toughest horse I've trained.

"Most of the horses I've bought from John have been multiple winners and he is always spot-on with his advice about each horse.

"Lady Grande is the most expensive horse I've bought from John, but even in saying that she still didn't cost that much and has quickly paid for herself.

"She's a lightly-raced mare who is still on the up and progressing in the right direction. Hopefully down the track, we can find a suitable race for her in town."

While Lady Grande is clearly the pick of Ensby's possible six runners at Grafton on Tuesday, he is hoping for positive returns to the track from Unleash The Red and Maximalist in their respective divisions of the Benchmark 58 (1410m), and isn't ruling out a vastly improved showing from the well-bred filly Bold Assertion if she gains a run in the Maiden Plate (1710m).

Resuming since mid-December, Unleash The Red raced consistently last preparation, winning his Maiden over 1700m at Grafton on November 6 and won again over 1910m at Ballina two starts later on November 25.

Maximalist is resuming since November 25 when unplaced at Ballina, but her three previous runs at Lismore (a win and a third) and Beaudesert (narrow defeat) were good efforts.

"I had Unleash The Red set to resume over the mile (1615m) at Coffs Harbour last Tuesday but that meeting was abandoned," said Ensby. "That race would have suited him better and I was fairly bullish about his chances there, but now he has to come back to the 1410m on Tuesday.

"His work has been very good and I think he'll still run well, but he just might find this race a bit short first-up to be a genuine winning chance.

"Maximalist was also set to resume over 1400m at that Coffs Harbour meeting last week. She's has a stack of ability but the penny hasn't quite dropped with her yet. She has trialled up well for her return."

Maximalist geared up for her return with a second behind Marmaris in a 1005m barrier trial at Ballina on March 14.

Ensby thinks third emergency Bold Assertion, a three-year-old daughter of Tavistock out of the Zabeel mare Assertion, is capable of a massive improvement is she gains a run in the Maiden Plate over 1710m.

Although last of 14 on debut over 1400m on March 15, Bold Assertion did strike severe interference at the top of the straight that put paid to any chance she may have had.

"She got poleaxed just when Nori thought she was getting into the race and the longer trip on Tuesday will certainly suit her. "

Ensby two other runners on Tuesday are Shinar, who has drawn the outside gate in the Class 3 Hcp (1210m), and Grinzinger Charger who lines up alongside Unleash The Red in the Benchmark 58.

"Grizinger Charger has ability but isn't showing it and I'm still trying to work him out. Shinar did work enormous last Friday, but he has to lead to be any chance," said the trainer.