Kehoe Has All Bases Covered In Mid North Coast Qualifier

Allan Kehoe is of the opinion that he has the best horse, the leader and the best long shot in today’s Mid North Coast Newhaven Park Country Championships qualifier at Scone, which was transferred from Taree earlier in the week.

You only have to look at the benchmark ratings to make the case that Subtle Grey has a class edge on his rivals with Kehoe quashing any fears that the seven-year-old won’t be fit enough after 75 weeks on the sidelines. 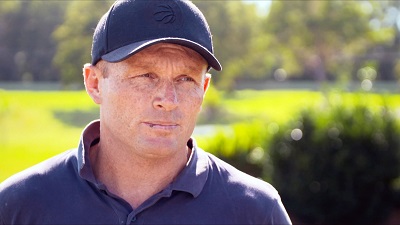 “He has had a great preparation for this race, we’ve had it in mind from day one with him,” Kehoe said

“He is first up off a long spell but he is right up to the mark, he could probably run a mile if he needed to, he has had three great trials and I’m very happy with him.

“I’d say he’s the horse to beat, he definitely has the best form in the race.”

Lord Heron was ridden more conservatively last start, sitting outside of the leader instead of attempting to run his rivals ragged but the tactics backfired. Expect the six-year-old to return to his front running ways.

“Scone will suit him a lot better, I reckon it’s the best he has been in the past fortnight too,” he said.

“We tried to hold him up last start and he overraced, we have made a couple of gear changes and he has a bit of spunk about him again. If they leave him alone in front he’ll give them something to chase.”

Rounding out Kehoe’s trio is outsider In Ya Skyrocket but the Port Macquarie-based trainer wouldn’t be surprised if the gelding found winning form again.

“He’s a knockout chance. If everything goes his way, he could get home over the top of them. He has had a long, steady preparation to be ready for this and although he hasn’t placed first up in the past he has run a couple of nice fourths,” he said.

Meanwhile, Kehoe has high hopes that Dragon Dream will develop into a handy stayer with the half-brother to Queensland Derby winner Dark Dream stepping out for just his fourth start in the opening race.

“The further he gets the better he’ll be, he is just so green, he is untapped, he doesn’t know what he is doing,” said Kehoe.

“He’ll end up the real deal and when he learns what it’s all about, he won’t stop winning.”

Check out the field, form and replays for the qualifier at Scone.