Stephen Jones Is Primed To Hold Fort At Scone (Saturday)

Stephen Jones looks set to hold 'Fort' on his home track with the benefit of walking two of his up-and-comers for owner Gerry Harvey, straight from their box to hopeful victories on Saturday.

Having had only the six starts for three placings, this five-year-old son of Redoute’s Choice has been plagued with terrible barriers and Saturday has seen him draw his closest yet with gate 5 and Josh Adams booked to steer. 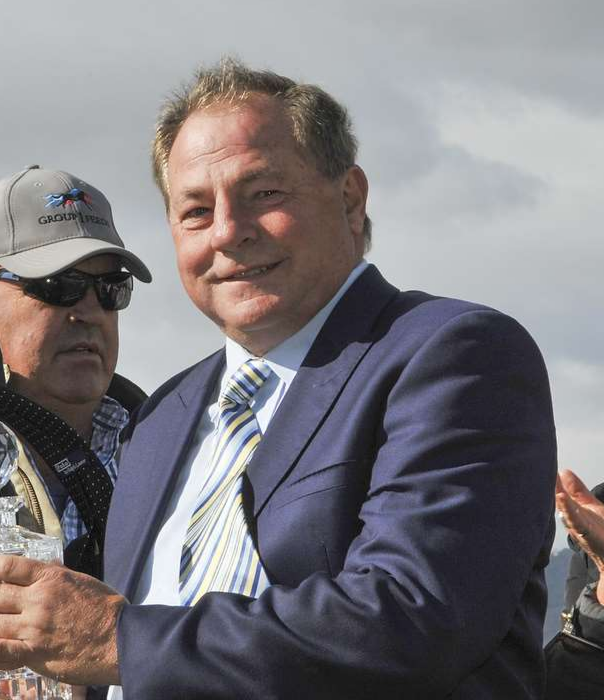 “At his most recent start, we were again forced to work hard, sitting three-deep with no cover, still managing to fight on for an excellent second," Stephen Jones [pictured left] said.

"He beat the remainder of the field comfortably. He came through what looked a tough run beautifully and has continued to improve in his work at home."

The other live chance for the stable is impressive last start winner Hit the Target who attempts the Maiden to Class 1 leap in the very competitive Isis Motel Scone Class 1 Handicap (1300m).

Hit the Target and previous rider Koby Jennings could not have been more impressive winning last start at Scone. After having to work early, the saddle slipped mid-race with both still game enough to forge clear upon straightening and win comfortably.

The son of Uncle Mo has shown he appreciates the sting out of the track with both of his only starts being on soft ground, though he is guaranteed to see his first good track on raceday with Saturday's warm weather predicted and the Scone surface currently rated a Good 4. The first of Scones eight races commences at 1:16pm.