FOLLOWING A FOUR-YEAR HIATUS FROM RIDING, JENNY DUGGAN HAS HER MOJO BACK AND IS NOW HIGH ON THE LADDER FOR THE 2018/19 RACING NSW RISING STAR SERIES

Apprentice jockey Jenny Duggan went missing from the NSW riding scene in 2014 when she underwent a knee reconstruction before deciding to have children. During the 2011/12 and 2012/13 racing seasons she was much in demand and booted home 103 winners.

Most notably in the spring of 2012, she won five races (from only seven rides) aboard Cantonese for Bjorn Baker including victories at Rosehill Gardens, Warwick Farm and Canterbury Park. 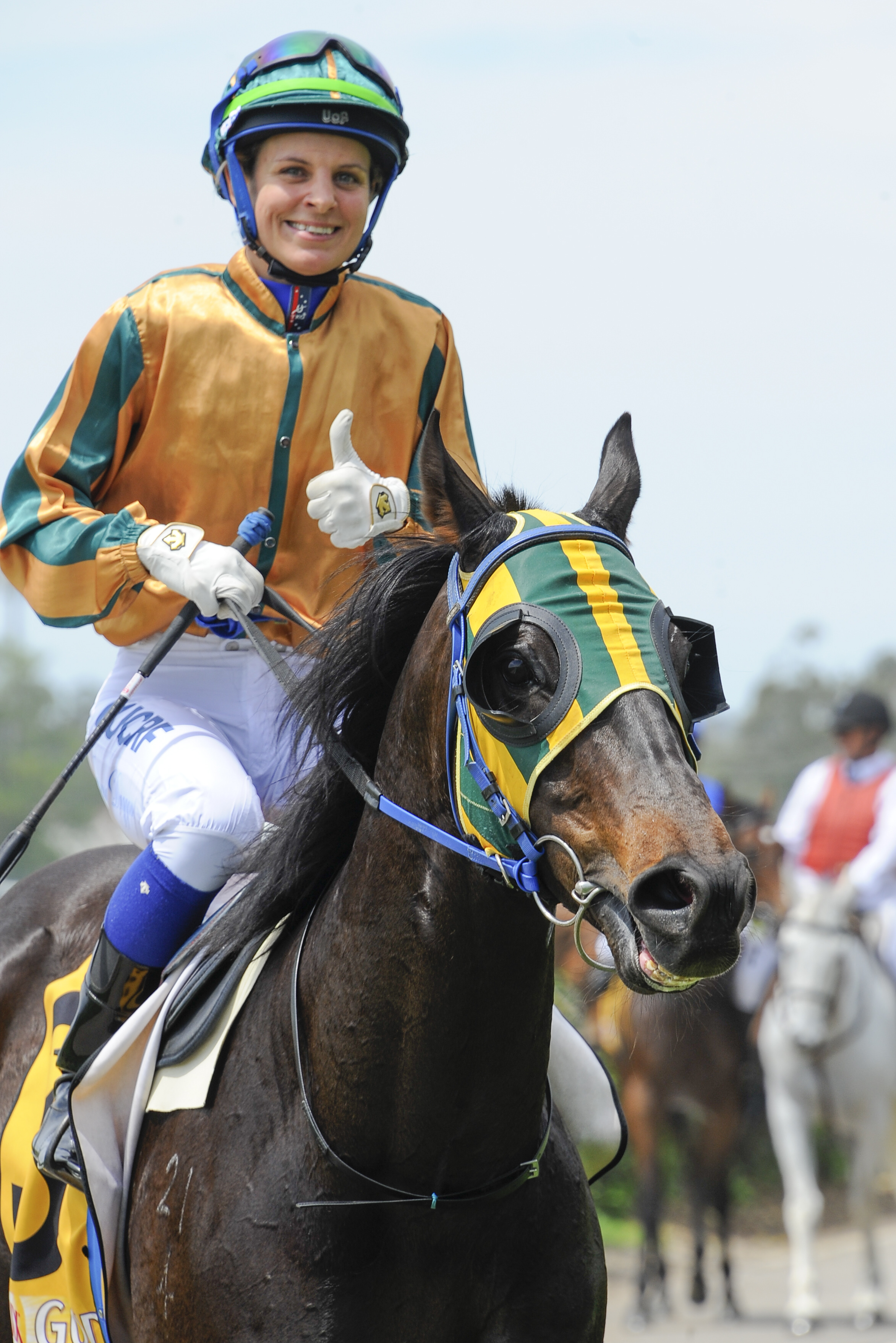 A beaming Jenny Duggan returns to scale after scoring on Inwithachance at Newcastle. Image by Bradley Photographers

In late November, Duggan brought the Kristen Buchanan-trained Traumatised from near last to claim the Rising Star Series heat at Port Macquarie.

The third placing elevated the apprentice into the top spot on the ladder with a two-point gap to Mikayla Weir.

However, it was short-lived as Robbie Dolan has since crept past after winning aboard Fuchu (Kim Waugh) at Wyong on December 19. Dolan now sits on 22 points, one in advance of Duggan who came third on Resonare (Gary Portelli) in that Wyong heat.

The big mover in the Rising Star Series has been Wendy Peel who won the Taree heat (December 3) aboard Tiger's Image for trainer Michael Byers and is now on 15 points.

Peel won the Dubbo heat on November 20 when riding Unresolved (Garry Lunn), scoring by a nose from Billy Owen (The Frick) and Living Choice (Mikayla Weir). Weir has accumulated points in seven heats and is sitting just behind Duggan on the ladder.

*NOTE: The next heat of the Racing NSW Rising Star Series is at Tamworth on Friday, 4 January 2019.