In-Form Trainers Set For Another Payday At Gundagai (Saturday)

It has been several years since they last had such a successful afternoon at the track as they did at Mudgee picnics last Saturday. 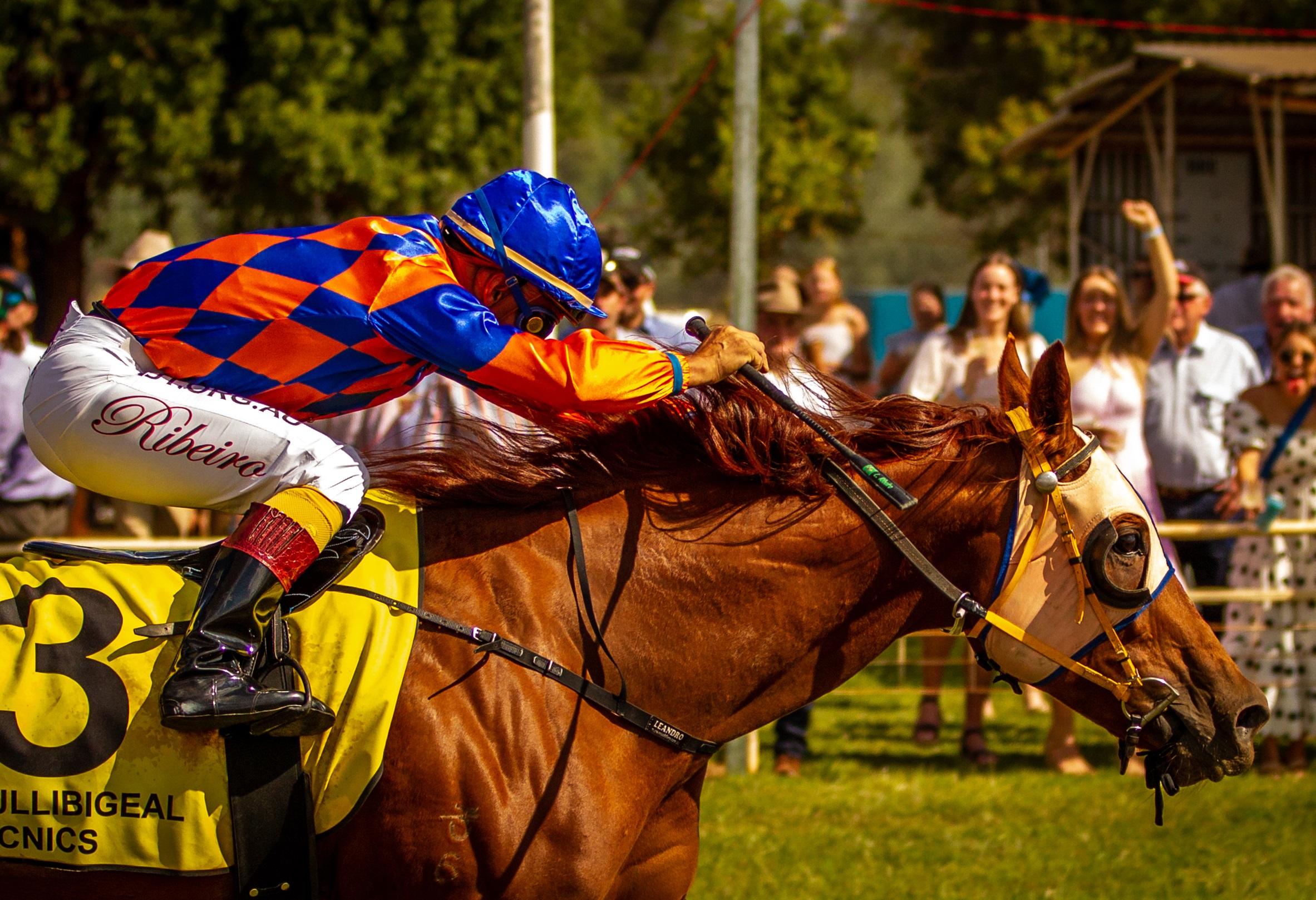 From four starters, they won three races and finished second with their other horse landing the quinella in the same race.

The same four horses – Watermelon Wine and Direct To Space for Debbie – and Broo Boss and Red Card Rosie for Peter – will start at Gundagai.

“It was a great day at Mudgee and the first time I have trained a double since Gosford a few years ago,” Prest said.

“I still remember my first ever double from Young and it’s always nice to get another double.”

Prest only trains the two horses on their farm some 15km from Canowindra, while Kirby has six horses in work.

Her double had added significance as Direct To Space and Watermelon Wine are both sired by their own stallion Direct Default – a close relation to former champion – Takeover Target.

The stablemates will race against each other in the opening race – the Class 1 over 1100 metres – where they are drawn favourably.

Direct To Space (Julia Prestis) and Watermelon Wine (Teaghan Martin) are both up in grade in a suitable race.

“They are going from the picnics to a Sky 2 meeting, but it’s a good race for them and I don’t mind backing them up within seven days,” Prest said.

The trainer has retired some horses in recent times and a recent stable addition, and the return of picnic races has her hopeful of more success.

“We breed a few each year to our own stallion to race in the right races where they can be competitive,” she said. “The return of the picnic meetings after COVID has allowed us to place the horses where they are best suited.”

Topweight Murkowski returns to racing after having her previous start in December, while I Iz Brilliant was successful on a soft track at Wagga two starts and was then midfield behind the talented Iconic Dame at the Sapphire Coast.

Vinnie’s Girl is another of the strong chances after running two placings from three starts this campaign.

Meanwhile, Kirby will be chasing three straight wins with Broo Boss in the Benchmark 50m(1700m). Broo Boss will be lining up for his 60th start on Saturday and has been able to win eight times.

The trainer will also start Red Card Rosie in the Maiden (1000m) with Martin to ride. He will also run Miss Charlie after she finished second last week.

Kirby and Prest share in the ownership of all of their horses along with his son Jason.

“Another winner or quinella would be nice. They are dropping back from picnic grade to the professionals but are also down a fair bit in the weights on Saturday,” she added.