In-Form Peel Seeks Advice On Turning Up Heat At Gilgandra

In the midst of a spectacular season, apprentice Wendy Peel is the jockey to follow at value, attempting a rare feature race double at a booming Gilgandra TAB Cup meeting on Sunday.

And she’s seeking the best advice possible riding the tight and turning Gilgandra track for the first time with three value chances on the annual Gilgandra Cup and Town Plate day. 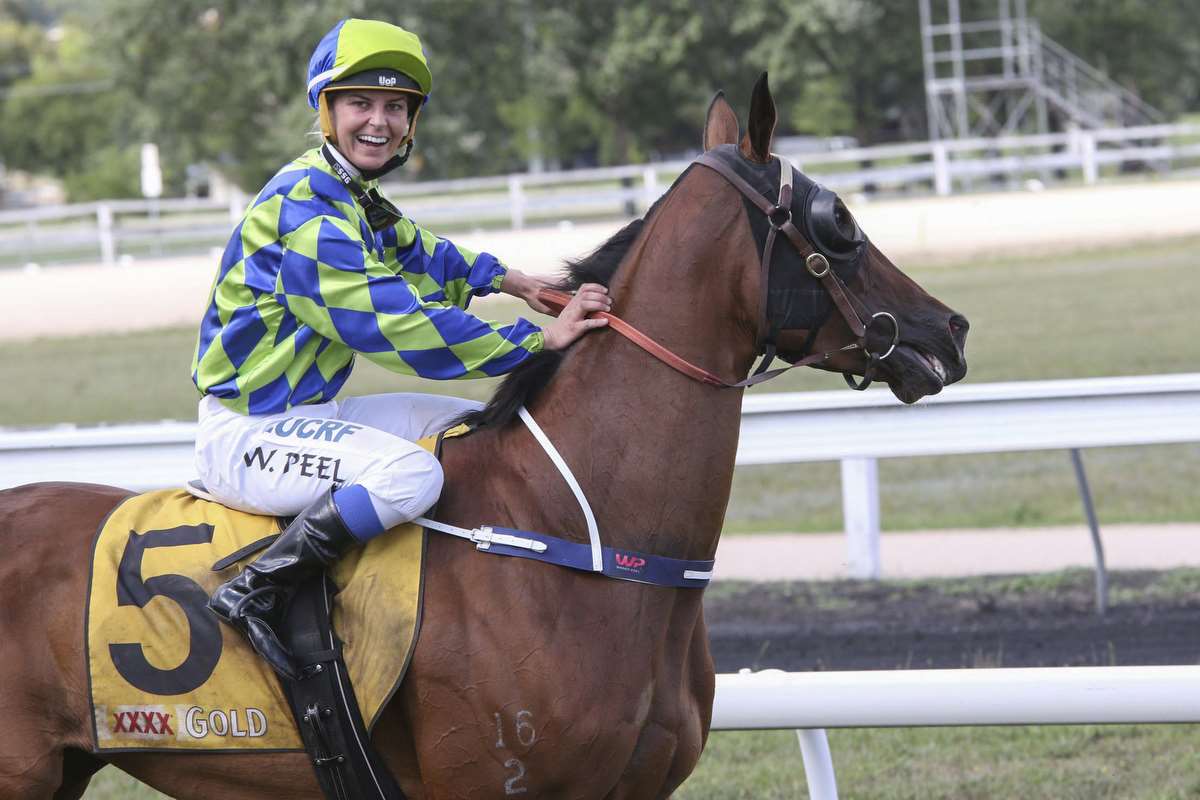 A delighted Wendy Peel returns on Baroque Girl after scoring at Armidale. Image by Bradley Photographers

“I’m planning to give Greg Ryan a ring because I know how many times Greg has won the Gilgandra Cup, how well he rides there and where I need to be,” Wendy explained.

Wendy gave a dashing on-pace display on Baroque Girl for Moree trainer Peter Sinclair to win a recent Armidale 1900m Open and her productive association with the six-year-old Sebring mare continues after their win in the Inverell Digger’s Cup late November.

“I’ve got three nice rides on the dayB; aroque Girl in the Cup, Lucienne in the Town Plate who was only beaten a whisker last start, and Squared is well placed in the last,” Wendy offered.

Wendy, a keen form student, assessed Baroque Girl: “She’s racing super but my only concern is that she’s coming back in distance from 1900m. Still, we’ve got a reasonable draw to work it out and Peter knows this mare so well.

“I do think though Living Choice could be the horse to beat. He's so nicely in with 54kg as he carried 61.5kg when he was narrowly beaten in an easier race at Scone.

Another concern for Wendy and all the country racing fraternity is the oppressive heat: “It’s been roasting days, it’s so hard when the temperatures are this high.”

Gilgandra will race on a good 3 in typically hot weather.