Talented apprentice Robbie Dolan gets his chance to make a winning debut for Kris Lees at Rosehill Gardens on Saturday.

The young Irish jockey has been given the mount on Turnberry ($7.50 on TAB fixed odds) in the Benchmark 78 Handicap (1500m) – and his 3kg city allowance could prove invaluable.

Dolan’s claim will lessen Turnberry’s weight to 56.5kg, and the four-year-old gelding has a favourable alley to complement the weight drop. 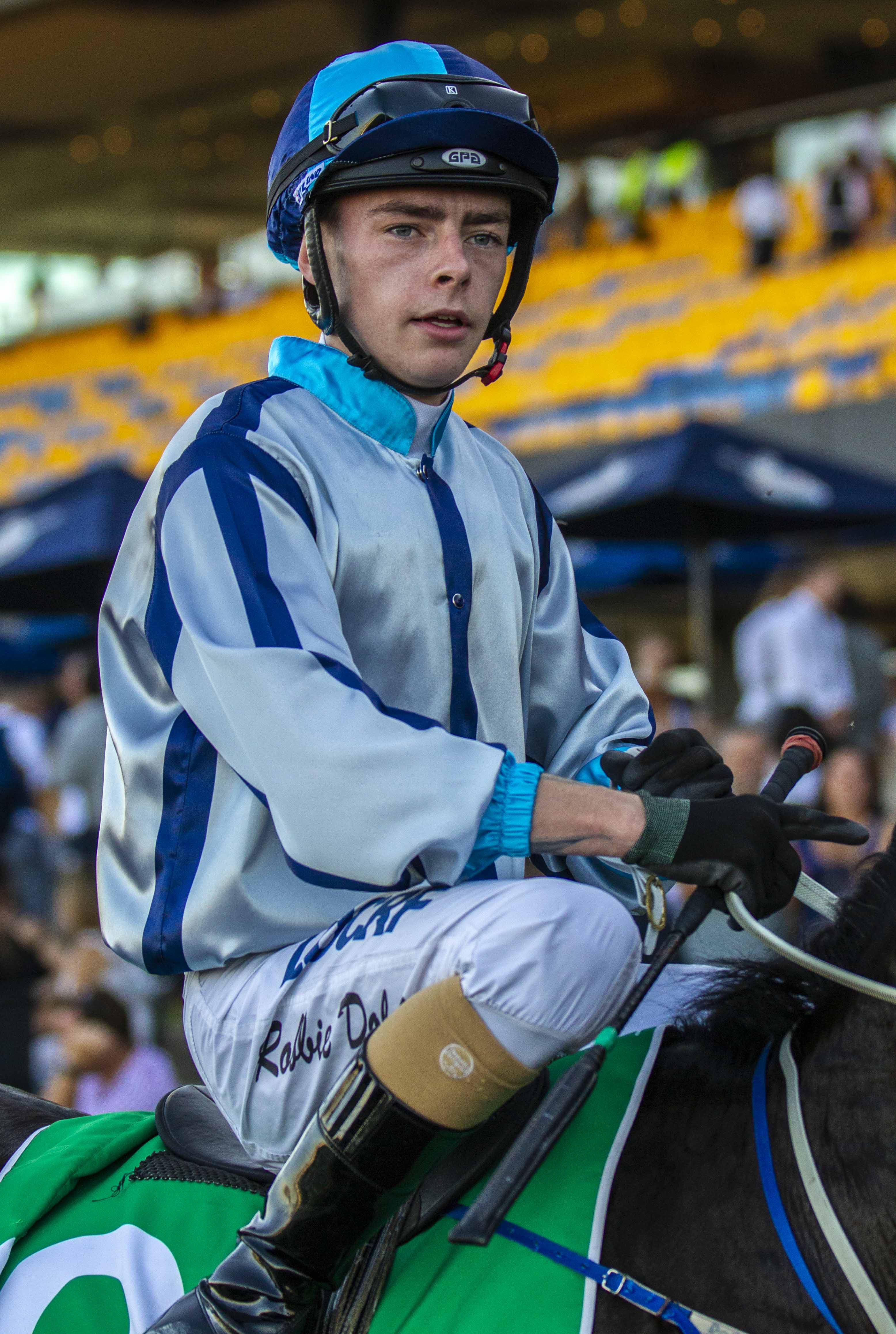 “Robbie has never ridden for me before, and is a young jockey on the rise,” Lees said. “This was the right opportunity to engage him and take advantage of his claim to boost Turnberry’s chances.”

Dolan, 22, apprenticed to former jockey Mark Newnham, rode his seventh metropolitan winner when successful on Arraignment at Rosehill last Saturday after also producing a superb display to score on Southern Lad at Canterbury the previous evening.

Lees is happy with Turnberry’s progress this campaign. He won the Grafton Guineas (1600m) in July toward the end of his three-year-old season and hasn’t put a hoof wrong since resuming work.

He tenaciously won a Benchmark 78 Handicap (1400m) first-up at Rosehill on November 10 and again showed real grit when a close second (to Napoleon Solo) in a similar race over 1500m there a fortnight later.

Senior jockey Rachel King partnered him on both occasions, but a 1kg lift on his last start to 59.5kg prompted Lees to seek an allowance.

“Turnberry has come back really well, and has trained on strongly since his latest run,” Lees said. “With Robbie’s claim, he comes in with 2kg less than he carried last time and is drawn much better now. I’m sure he will run well.”

Turnberry is Lees’ sole Rosehill representative. With 83 winners already this season and prizemoney earnings of $5.8m, he is well and truly heading for another big year.

Andrew Gibbons will ride Lees’s Mudgee quartet. New Zealander Our Gravano resumes in the Cup, and Lees feels he will run well although he would have preferred softer ground.

He has taken blinkers off the gelding, and says he has done plenty of work for his resumption.

“No doubt he will take improvement from this, but I’m expecting him to put in a good performance,” Lees said. “Powerline has drawn awkwardly in the Sprint, and we’ll ride him a bit quieter.”

The seven-year-old has finished fourth at his last five starts, the latest being in the annual greys’ race over 1400m at Flemington on Oaks Day (November 8).

Powerline’s last win was in the Malcolm Cusick Final (1200m) at Gosford in January, 2016 and he was nabbed on the post a few months later by stablemate Danish Twist in the Provincial Championships Final (1400m) at Royal Randwick.