High Fives For Matt Dunn As He Claims Grafton's Championship

Murwillumbah's Matt Dunn capped off a remarkable afternoon leading in five winners when his classy mare La Scopa powered over the top of her rivals to claim the $150,000 Northern Rivers Country Championships Qualifier (1400m) at Grafton.

Confidently backed from $1.95 into $1.65 favourite, La Scopa gave her supporters plenty of concern when third last in the big field approaching the 600m. 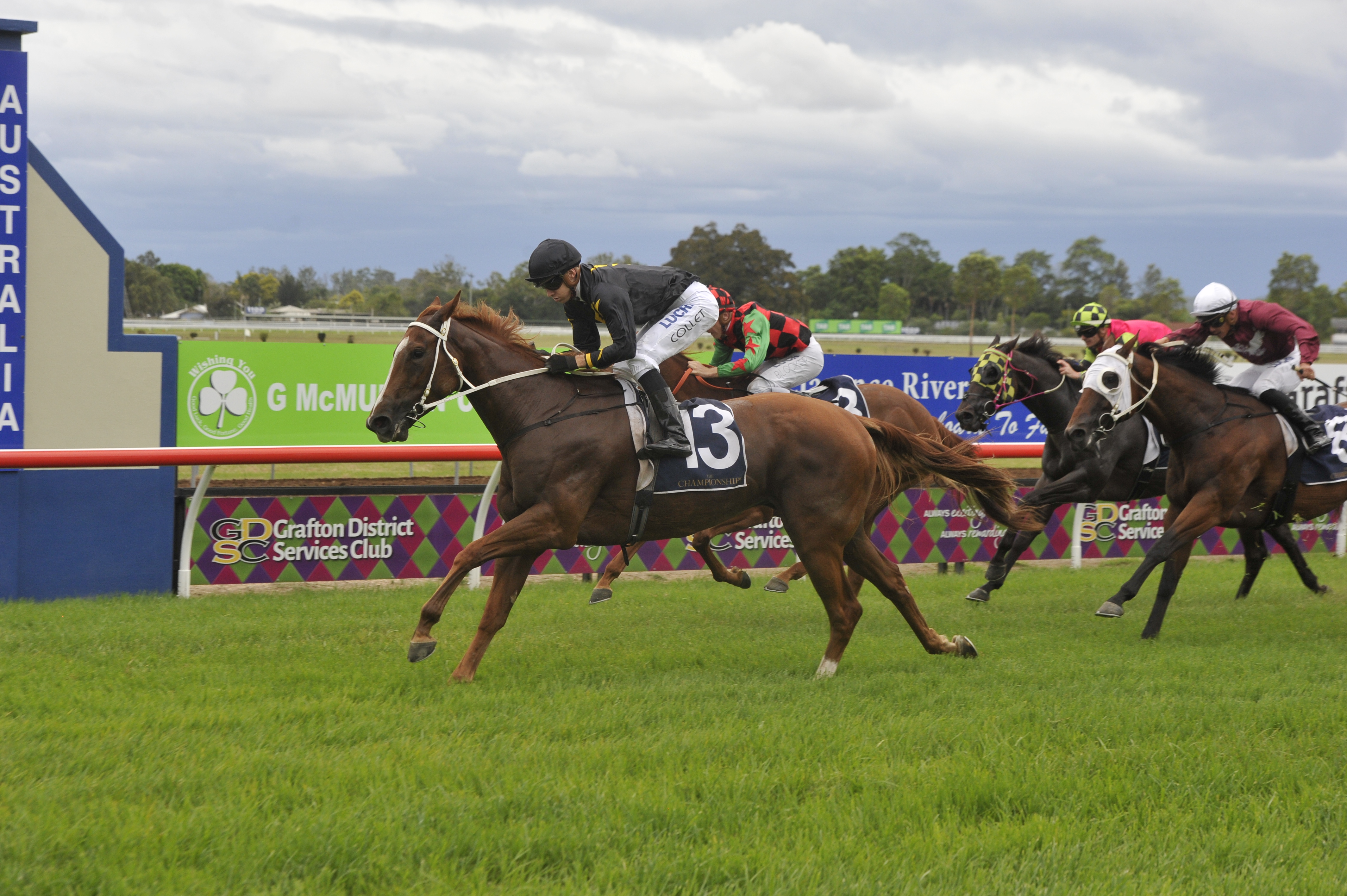 Jockey Jason Collett (who rode four winners) then angled the four-year-old into the clear and she responded by finishing with a flashing run to claim Queen of Kingston (Ben Looker, $13) and score by just under a length.

Both La Scopa and Queen of Kingston now head to Royal Randwick on Saturday 6 April for the $500,000 Newhaven Park Country Championships Final (1400m).

"That was a great effort being six weeks between runs and she deserves her place in the field [Final]," Dunn said afterwards.

"I'm not surprised she was heavily backed as she got into the race well, being a Stakes-placed horse with just 54 kilos."

"I've been more confident; she was on the bridle then off the bridle and ran the race in patches. But she's the right type of horse for the Final."

Despite finishing runner-up, trainer Daniel Bowen was delighted with the run of Queen of Kingston to secure a berth in the Country Championships Final.

"This is the biggest thrill I've had in racing. My mare ran her heart out and he [Ben Looker] rode her perfectly," Bowen said.

"She had to give the winner three kilos second-up and the last bit just saw her out. There's a lot of improvement to come."

View the full results with race replays for Grafton here