‘Hamdicaps’ and ‘Hampers’ are set to feature prominently at Goulburn Race Club’s upcoming stand-alone Christmas meeting. The tablelands track will host the only race meeting anywhere in NSW on Thursday 20th December and it promises to provide plenty of Christmas cheer for participants and racegoers alike.

The club has announced that it will give away two Christmas hampers in every race to complement the prizemoney on offer. One will be for the winning trainer to share with connections and the other will go to the winning jockey in each race. 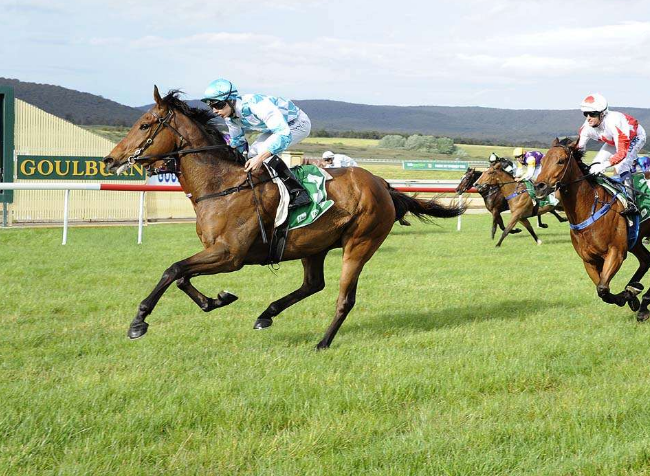 Goulburn Race Club has struck a deal with local businesses Harvest Cafe and the Hibernian Hotel who are major supporters of the Christmas Raceday.

The support of both organisations has resulted in a great opportunity for race meeting participants such as trainers and jockeys to go home with something extra in their Christmas Stocking!

Goulburn Race Club CEO, Robyn Fife, said having a raceday so close to Christmas offered the ideal platform to “ham things up a bit” for those accepting with horses at the meeting.

“This will be our first meeting back since our successful Cup Day at the end of November and gives us a great opportunity to embrace the festive season theme,” Ms Fife said.

“We have plenty of Christmas parties booked on the day and thought we would also extend the Christmas giving to winning trainers and jockeys. Each winning trainer and rider will both receive a fantastic Christmas Hamper valued at over $100 packed with local produce from Harvest Café.”

“We will also have a specially named race as the Christmas ‘Hamdicap’ that will feature two Christmas Hams for winning trainers and riders. Our members will also have a chance to win a Christmas hamper on the day as will those who are attending our winning post marquee function.”

Pat Burke of the Hibernian Hotel is thrilled to be associated with the Christmas Raceday.

“The Hibernian Hotel has been a long-standing supporter of racing in the Goulburn area through its support of the Goulburn District Race Club,” Mr Burke said. “The tradition of racing in this area is a good fit with the heritage history of our hotel and the hospitality that the race club and our venue share a passion for providing.”

Nominations for Goulburn’s upcoming Christmas meeting close on Friday 14th December at 11am.