Clarence River Jockey Club has made an important change to the race meeting schedule at the Grafton Cup carnival in July. In the first change to the agenda in almost 20 years, the five-meeting carnival will be held over a period of 15 days instead of the traditional 10 days.

The change to the schedule is due to school holiday date changes that impact on the Westlawn Black and Gold Family Raceday. The Westlawn meeting has traditionally kicked off the carnival on a Thursday and has offered a big day of school holiday entertainment for local families. 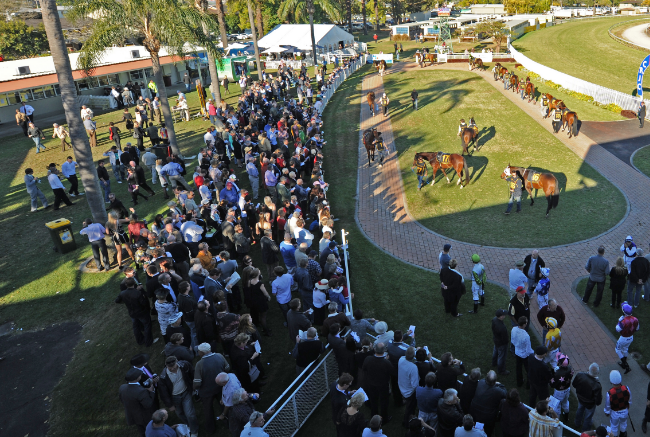 The Grafton Cup Prelude (2200m) and John Carlton Cup (1200m) head the Westlawn program as ballot free lead-up races to the Ramornie Handicap and Grafton Cup that follow on the next Wednesday and Thursday.

Sponsor Westlawn Finance has ensured the Black and Gold Day remains free to the public.

"The board of the CRJC and Westlawn Finance are committed to keeping the Westlawn race meeting as a day when everyone can attend," said CRJC chairman Graeme Green. "With the unfortunate loss of the school holiday date, it was imperative that we acted to ensure this important first day of the carnival remained open to all.”

Green said the new race schedule will be welcomed by owners and trainers.

"Having the Prelude and John Carlton Cup a week before the big days was always a tight schedule," he said. "The new agenda will allow horses to fully recover from the first day before getting back on the track to compete on the carnival’s biggest days.”

Albury Racing Club has also confirmed that the 2019 Albury Cup Carnival will revert to its traditional format of being run on two consecutive weekdays in March.

This year’s carnival was conducted over two meetings six days apart due to Albury being awarded the Southern Districts heat of the Country Championships for the first time. The Championships heat took the spotlight on the Sunday preceding the Albury Cup meeting.