With their home track heat of the Country Championships fast approaching (Saturday 2 March), Goulburn trainers have delivered a timely reminder of the quality of galloper they can produce from the tablelands training base.

The Emma & Lucy Longmire Twinstar training partnership delivered a one-two punch at Wagga last Thursday, producing the quinella in Race 5. In the process the stable looks to have unearthed some sharp looking new talent with the winner Feel The Knight and runner-up Designer Dance both being on debut. 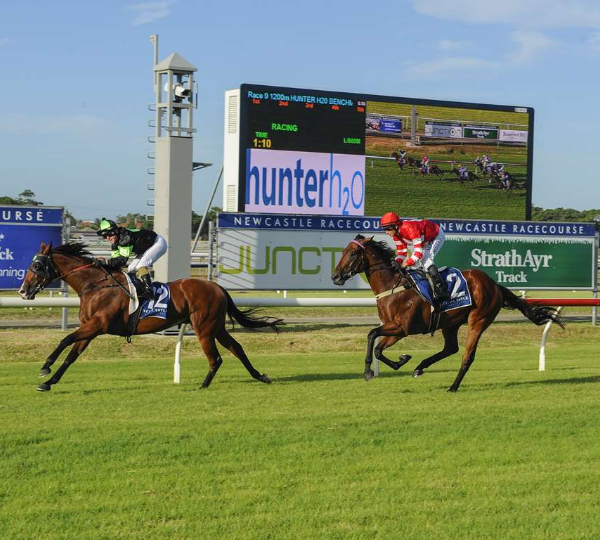 Only two days later at Newcastle, the Goulburn-based but 'very un-twin like' John Bateman and Tash Burleigh gave it a groundhog day feel with Nicconita (Bateman) just edging a brave Al Mah Haha (Burleigh) in a thrilling quinella result to Race 9.

Amongst all the ‘Q’s was another Goulburn trainer Kurt Goldman quietly concentrating on racking up ‘W’s, delivering two city winners in the same week.

After Safe Landing scored at Warwick Farm on Wednesday, Goldman then followed that up by producing super consistent mare Eckstein to win the Southern Cross Stakes at Royal Randwick on Saturday.

“The results shine the spotlight on what be possible for the ‘home team’ come SERA Country Championships Qualifier Day on their home track,” Ms Fife said.

“There are a number of local stables keeping the dream alive of qualifying for the $500 000 Country Championships Final at Royal Randwick on April 6th.”

By Mark Brassel Gulgong galloper Kookabaa will lay down his claims for the last remaining berth in the $1.3 million ...
Read More

By Brad Gray Trainer Les Bride was the least surprised spectator at Randwick after Classique Legend rounded up his rivals ...
Read More

Easing Of Restrictions For Border Residents

Racing NSW today has announced the introduction of the easing of restrictions applying to residents of the border region of ...
Read More