Girls Are Set To Dominate At Armidale (Tuesday)

Amidst highly productive seasons, Day with the backing of the prolific Kris Lees stable, and Peel, indentured to Tamworth’s accomplished Sue Grills, have near full books with a dozen rides between them on a strong eight-race program.

The widely-travelled Peel has impressed with 26 wins in just her second season returning from overseas, and Irish rider Day, with 14 successes, has also rapidly reduced her allowance.

Also in a compelling female mix is Ceejay Graham who rode $21 winner I’ve Got This at Coffs last week and rides several form contenders. 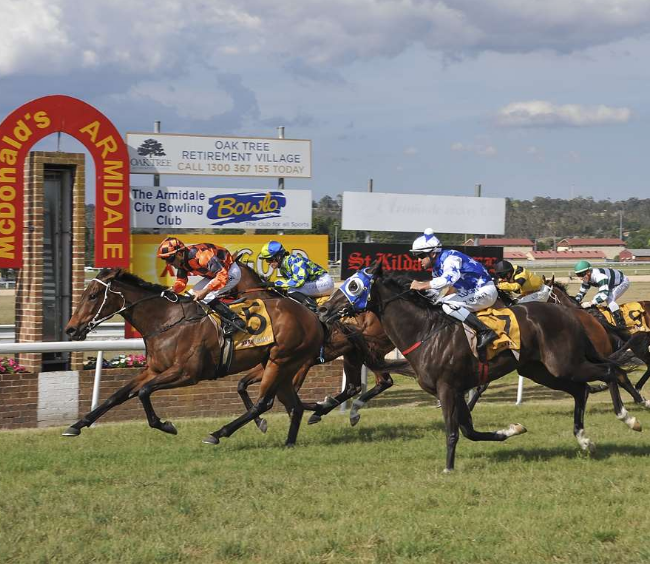 Day was upbeat in particular for performed veteran Mishani Stealth ($3.50 on TAB fixed odds) in the seventh event and Fearless Al ($3.90) in the last race.

“I know Mishani Stealth, I rode him in a trial last prep; he’s come back super, was strong winning at Newcastle in provincial grade, so he’ll be highly competitive again in this class,” Louise assessed.

His recent Newcastle win was the horse's ninth victory from 55 starts and 15 placings and his 60kg is reduced by Day’s 1.5kg claim.

Louise says Lee’s Fearless Al, will be “hard to beat” in the final event: “He probably should have won at Gunnedah, only for doing things wrong in the straight - he’s still learning all about it.

"He’s improved by a couple of runs from a spell and trials. I really like him.”

Louise rides So Good To Me ($2.40 favourite) for Lees who will dominate the market with Paul Perry’s Sunny Afternoon ($3.10) in the De Bertoli Wines Maiden (1400m).

“We went close at Gunnedah, she’ll be improved and is a really nice filly and we’re drawn well.”

“She’s fitter for recent racing. She beat home her stablemate Rage Against ($5) last start, so she should have the upper hand again, but they’re both strong chances.”

Peel’s best prospects are Call Me Brad ($4 fav), attempting a winning treble in the fourth event, and Whisper Delovely ($5), twice placed and resuming for Sue Grills in an earlier maiden.