Lundholm and Ryan, who have formed a super regional combination, are confident that Our Lady Violet, formerly trained in Albury and Newcastle, can revive into a winning country niche. 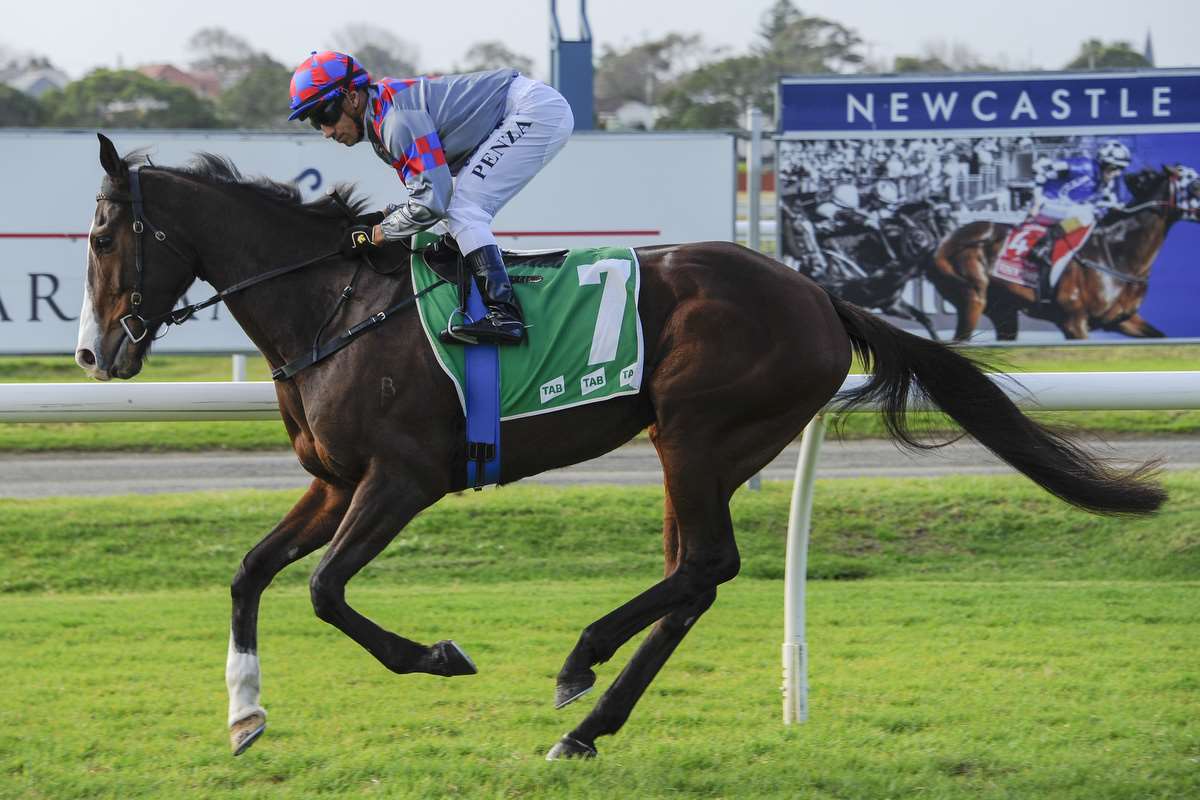 Our Lady Violet (Jeff Penza) - has strong claims at Gilgandra on Saturday. Image by Bradley Photographers

The mare will be starting in the $12,000 Tooraweenah Cup BM 58 (1000m) on Gilgandra’s six-race program where Clint has done extensive homework on the mare.

“She’s really impressed Greg and me in her work and I rang her previous trainer Andrew Macdonald in Newcastle when we got her,” Clint explained.

"But last prep she did win a Newcastle maiden and placed at Scone and you always strike the strong stables and well-bred types there.

“And the filly she beat - John Sargent’s Miss Moana - wasn’t disgraced in the Group One VRC Oaks at Flemington.

“She’s had six months off, but she’s well forward, been placed twice first-up and Greg was happy to ride her off her work. She’s drawn, in her right grade and she’ll get the right ride. Nobody rides Gilgandra like Greg.”

They also combine with Babylon Express in the Forrestfield Maiden (800m) and insists she has more ability than two unplaced maiden starts indicated.

“Her trials and work certainly suggest she’s come back a lot better mare this prep and Greg was happy to ride her on what’s she’s shown him. She has enough gate speed for ‘800’ and she’s handily drawn in a suitable maiden.”

Lundholm is enjoying a productive season with 17 winners while Ryan is “airborne” with 89 successes this season, 136 the previous and regular doubles and trebles. Ryan is rapidly closing on 4500 career wins and Robert Thompson Hall Of Fame territory.

On Saturday Gilgandra will race on a good 3 track in typically hot statewide weather (32 deg forecast).

Following an inspection of the Ballina racing surface by Racing NSW Stewards this afternoon, they have rated the course a ...
Read More

Hands On Deck To Chase Country Championships History At Mudgee

By Ray Hickson Trainer Gayna Williams says everything will need to fall into place at Mudgee on Sunday for Healing ...
Read More

Order Of Entry For The $3.5m Longines Golden Slipper