Friday's edition of the Fred Cooper Cup at Goulburn has special significance this year as it also marks the official end of a 40-year contribution to country racing from Fred Cooper himself.

This year Fred retired from all official duties with Goulburn Race Club after decades of dedicated service that incorporated roles such as President, Director and 'Lord of the Lawnmower'.

The Goulburn stalwart was also awarded the first-ever Simon Nivison Special Achievement Award for service to NSW Country Racing in 1999/2000. 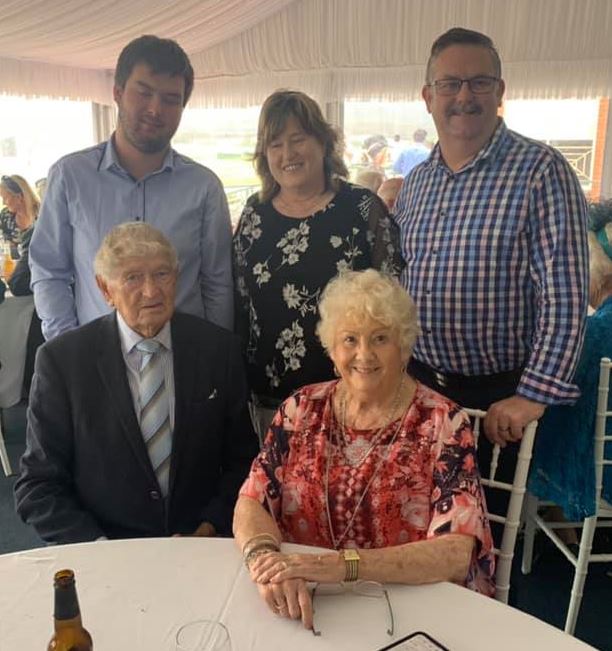 The running of the Fred Cooper Cup (now in its 10th year) is just recognition of the invaluable service and selfless contribution that the Goulburn stalwart has given to racing in the tablelands.

His tireless efforts in the development and upkeep of the Goulburn track has helped play a major part in making it one of the most competitive racing surfaces in NSW.

Cooper's own family joke that his favourite sayings like "Don't Be Late" and "Stay Out of Trouble" are both fair reflections on the quality of volunteer service he has given to racing and Goulburn Race Club.

Not one to beat his own drum, when pressed, Fred says he is proud of what Goulburn Race Club has achieved in his time with the club.

"What matters most to me is how far I've seen the club come in my time. I've been lucky enough to have been associated with some great groups of volunteers and staff who have all worked extremely hard to get us to where we are now," Cooper said.

When asked what he would have been doing with all his spare time if he hadn't been involved with the race club he quipped: "Apart from probably running a small business, I would have been sitting around doing nothing but getting a great big beer gut!"

Fred's impact on the club and contribution to its successes was there for all to see recently when Goulburn Race Club's CEO, Robyn Fife, noted at the club's recent AGM: "There are not enough words to sum up Fred's contribution in his time with the club.

"His dedication and desire to make our race club the best it can be is something we can all call on for inspiration as we take the club forward into the future."

Cooper is in Perth this week attending his granddaughter's wedding but will be keeping a close eye on who wins the race named in his honour.

'Cooper's Cup' has attracted a handy field with no less than four last-start winners across the 12 acceptors.

Local gallopers Nicconita (John Bateman, $4.80 into $4.20 favourite on TAB fixed odds) and Vee Eight (Sue Laughton, $12 to $14) will fly the Goulburn flag whilst reigning Goulburn horse of the year, Spectre (Robert & Luke Price, $8 into $7) will tackle the mile third-up.

Friday's meeting at Goulburn also shines a light on a contribution to racing that didn't last as long Fred's but still had significance for those who knew Kane Smith.

The Kane Smith Memorial will open Friday's race meeting and recognises a young man from Crookwell who loved the country life and loved racing.

He overcame injury many times to return to his riding apprenticeship and trackwork duties.

Kane passed away in December last year and had worked for a number of trainers in the Canberra, Bathurst and Goulburn areas, also having worked for John Thompson as a trackwork rider just a few months before his passing.

Goulburn's eight-race 'Christmas card' on Friday kicks off with the opener at 1.20pm and the track is currently rated a Soft 5.