However, come Monday night the Minervini family may have the 2020 Jungle Juice trophy on their mantelpiece. 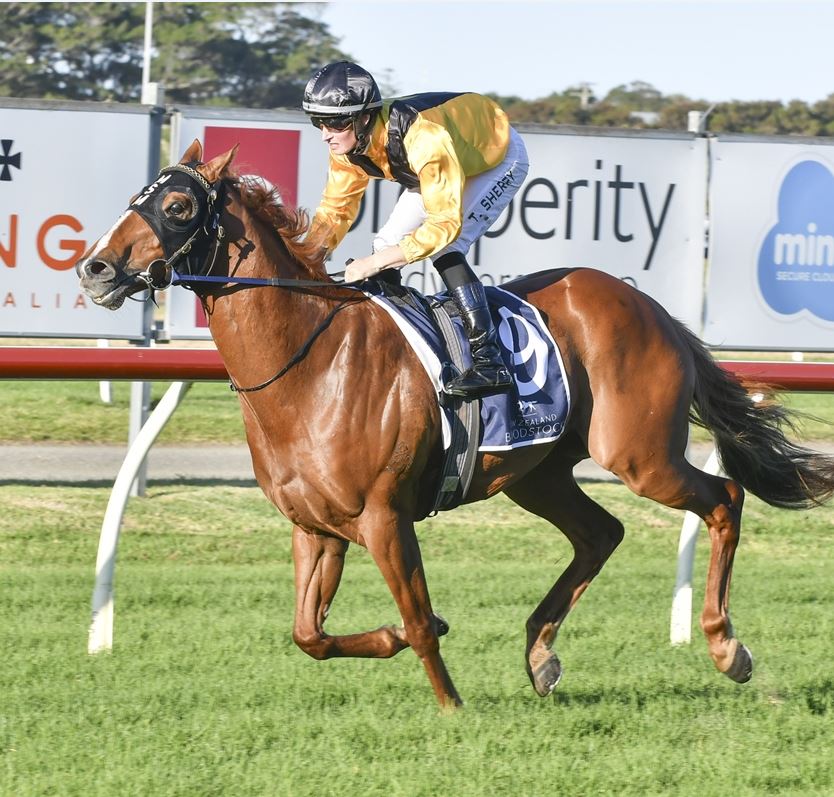 Super and Tom Sherry head to victory at Newcastle. Image by Bradley Photographers

The famous Jungle Juice Cup was first run on the NJC’S Cessnock track in 1981. The only year the race was not run at Cessnock was in 2011 when, because of wet weather, the meeting was transferred to Scone.

Racing has ceased at Cessnock and the 2020 and future Jungle Juice Cups will be held on the Newcastle course proper.

Minervini’ s five-year-old Super, has been in great form on the major Newcastle track where he has landed two decent sized plunges in his past five starts. The son of champion sire Snitzel was backed from $7 into $3.80 when successful at Newcastle on August 13.

Last start at Newcastle on October 13, Super blitzed a Benchmark 68 Handicap by 5.2 lengths. Sydney’s boom apprentice Tom Sherry rode the horse last start and the Irish lad retains the ride despite having no claim.

Minervini has fallen in love with Newcastle and he discussed Supers’ prospects after acceptances on Thursday.

“Super is a very tough horse and he thrives on racing. He only has 55 kilograms and is in good form. He has licked his feed bin since his recent win and he is flying on the track.

"I was going to run Super on the Kensington Track on Wednesday but this is an easier race. I won’t run him if the track is heavy.

"I will save him for Newcastle on Saturday week if the track is heavy on Monday,” Minervini said.

Zouologist was run down late first up in the recent Denman Cup at Muswellbrook and he races well second-up. He was only beaten a length and a half by Petronuis at Warwick Farm in May.

The latter said on Thursday that his six-year-old is ready to run well fresh but he warned that the horse will not run if the track is heavy. General Soho has a great chance with Aaron Bullock riding for Paul Perry.

Unamerican, a son of Melbourne Cup winner Americain, is the one to beat in the 2100m Cessnock Cup. The four-year-old trained by the Freedman brothers Richard and Michael raced away to win over 1875m at Newcastle last start. He is a promising stayer and the 2100m will not pose a problem.