It has been a long road back to the racetrack for former Victorian mare Sugar Baby, but her new trainer Brett Bellamy is delighted with her progress leading up to her return to racing in an 800m scamper at Coffs Harbour on Monday.

Formerly with Cranbourne trainer Greg Eurell, the now five-year-old mare joined Bellamy's Coffs Harbour stable last year after a leg injury and subsequent infection kept her away from the racetrack since July, 2018.

She resumes in Monday's A J Civil Projects Class 2 Handicap (800m), race two on the seven-race program. Sugar Baby had five starts for Eurell and has not raced since finishing eighth of 14 behind Gold Mag in a 3YO race at Sandown in mid-2018. 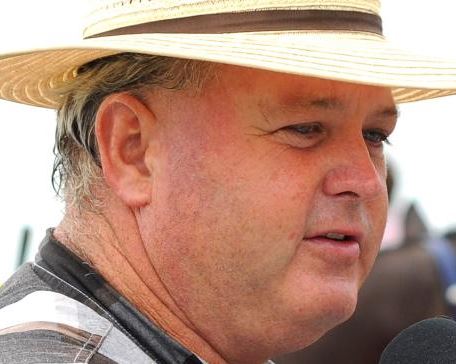 Her best performances from her previous four starts for Eurell were her debut win at Moe on December 15, 2017 and a second placing in a Class 1 at Sale in June, 2018.

Sugar Baby geared up for her return to racing with a second to Matt Dunn's promising three-year-old Xanthus in a 1015m Grafton barrier trial on February 20.

"I don't know that much about her so I'm flying a bit blind with her, but she's done everything I've asked of her so far," said Bellamy.

"I believe she suffered a leg injury in her last run for Greg Eurell, then contracted a staff infection after that. She was put in a paddock and I think she 'got lost' there and was forgotten about.

"Her owner lost a bit of interest in racing and one of my long-time clients, Peter Wood, found out about her and decided to lease her.

"Being off the scene so long, she had to have that compulsory trial at Grafton the other day. It was a nice enough trial and we're looking forward to seeing what she can do on Monday."

Bellamy rates Sugar Baby and Venusian as his two best winning chances from his five runners at Monday's meeting.

Venusian is another former Greg Eurell-trained galloper who has raced well enough in four starts for Bellamy to suggest he will be right in the mix again in Monday's Coffs Coast Cranes Maiden Plate (1200m).

Venusian was placed in his first three runs for Bellamy prior to his last-start fourth behind Al Me Gal in a Grafton Maiden (1015n) on February 20 when he started the $2.90 favourite but virtually lost all hope when he blew the start and jumped several lengths behind the field.

"He's been thereabouts in each of his four runs for me and with a good barrier and a good senior rider (Ray SpokesJ) on Monday, along with a step up to 1200m which should be ideal, he should race very well again," said the trainer.

Bellamy also has first-starter Fergus En Marche lining up alongside Venusian in the Maiden Plate, but he is expecting the Zoffany colt to need much further later on.

"He (Fergus En Marche) did run second in a Grafton trial the other day, which was a pleasant surprise as he hadn't shown much prior to that. But he is a horse who is going to probably need 2000m down the track to show his best," he said.

Happy Frank broke through at his 12th start for an easy win in soft conditions in a Casino Maiden over 1400m on February 28 while eight-year-old Star Fest, lining up for his 91st start on Monday, has not won for almost exactly a year.

Start Fest's most recent win was at Coffs Harbour over 1615m on March 4 last year and Bellamy hasn't completely ruled out an overdue return to form on Monday.

"Star Fest only does what he has to do these days, but actually he's been racing alright. He's been thereabouts in his recent races over unsuitable distances," said Bellamy. "I wouldn't be totally surprised if he did something back here on his home track on Monday - and I'll have to remind him that he did win here this time last year."

Star Fest does have a sound record over the 1400m at Coffs Harbour with a win and two seconds from his five starts over the track and distance.

Known around the tracks as Jerry, the 1.5kg-claiming apprentice has been in Australia for a couple of seasons and rode his first Australian winner back in 2018.

"He's with me on a three-month loan and won on Happy Frank for me at Casino last month. Riding up here around the Northern Rivers will be really good for his development. He'll get to ride on many different tracks and learn by riding against some very good riders," said Bellamy.