Wagga trainers have welcomed a couple of new trackwork riders with open arms. James Paul Villanveva and Paul Jhon Bernandino arrived in Wagga this week from the Philippines.

They have been deployed to Wagga as part of a Racing NSW initiative aimed at supplying more trackwork riders to country areas. Villanveva and Bernandino have two-year-working visas and are excited to call Wagga home. 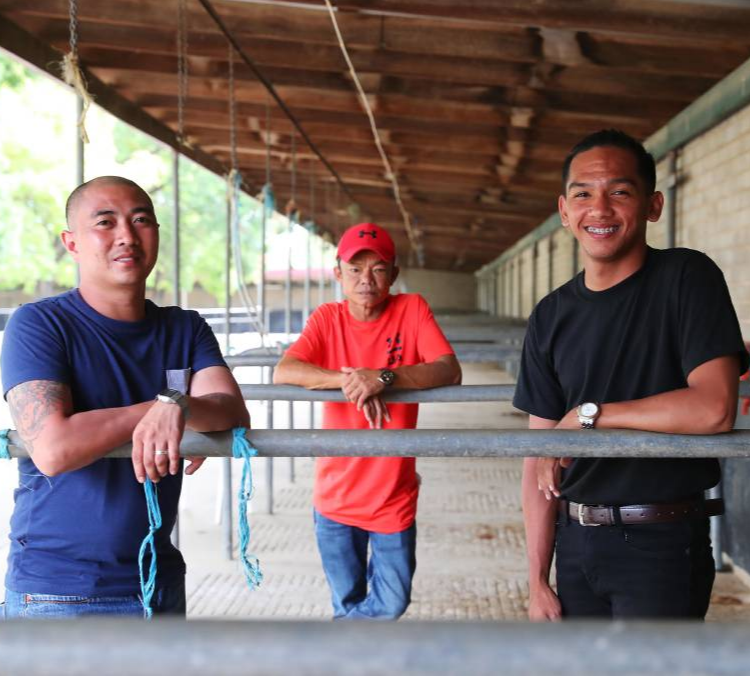 Villanveva was a jockey for 12 years in the Philippines, riding in hundreds of races, while Bernandino has been riding trackwork for five.

Both were based in the coastal province of Cavite.

They are one of 10 riders from the Philippines that have been deployed across country NSW in places such as Tamworth, Dubbo, Goulburn and Muskoka Farm.

It is both men's first time in Australia and first experience with grass tracks. They have enjoyed the experience so far: "It's quite hot, but I'm enjoying the weather," Bernandino said.

The pair were brought to Wagga by former jockey Marlon Dolendo, who is now working for Racing NSW. Dolendo rode about 1500 winners during his riding career, which included time riding for the great TJ Smith.

Dolendo resides in Port Macquarie but also has a home in the Philippines and many connections in the racing industry there. He and Keith Bulloch (Racing NSW's GM-Regulatory) were entrusted with the job to go to the Philippines and recruit trackwork riders for Racing NSW.

"We interviewed a few, watched them on the track and how they ride," Dolendo explained. "It is a good opportunity for them. They work hard and hopefully everything will go right for them."

Dolendo said communication is the biggest hurdle to overcome initially.

"Communication can be a little bit difficult, they can find it hard to pick up the words with the Australian accent and that's why I've been telling the trainers to talk nice and slow," he said.

"That's the main part, language, but once they get settled in they will be right." Dolendo hopes the overseas riders can go some way to solving what has become a serious problem in the bush.

"Up west at the moment, I heard a few trainers have given it away because they couldn't get trackwork riders," he said. "Everywhere I go it's a big problem."

"They're a welcome addition to Wagga racing because as in a lot of country centres, trackwork riders are always in demand," Sanbrook said.