Feast Of Racing On NSW's Mid North Coast This Summer

Racehorse enthusiasts are in for a treat over the next five weeks with 10 meetings, many of them cup events, worth nearly $2 million in prizemoney and bonuses being held in the Mid North Coast Racing Association.

The meetings at Taree, Wauchope, Port Macquarie and Tuncurry attract many holidaymakers looking for a social outlet as well as loyal local followers. 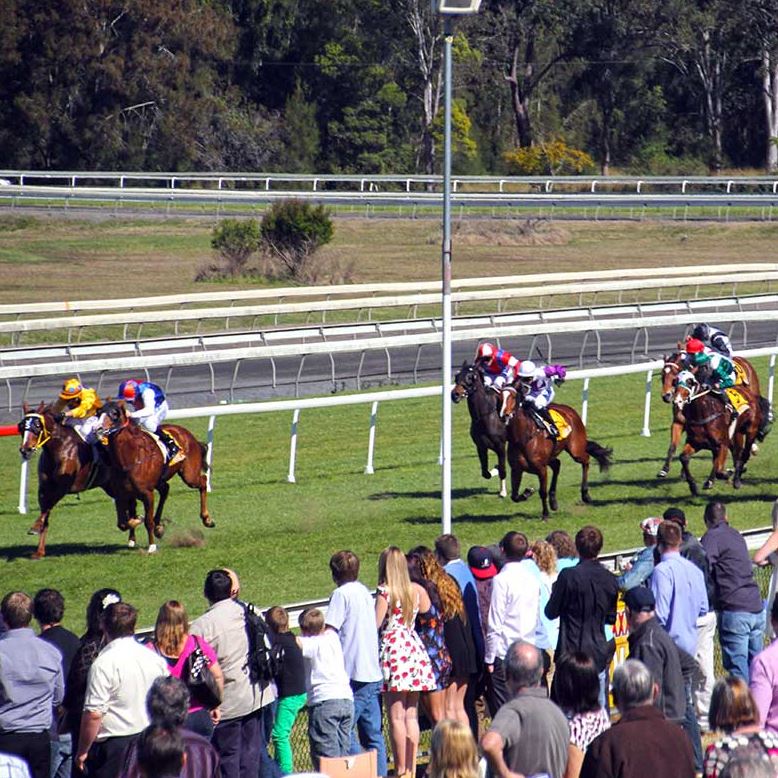 Trainers, owners and jockeys look forward to the busy period to supplement their income, especially after having to cope with the crippling effects of increased feed prices due to the drought and the abandonment of meetings in the past month due to the bushfires and smoke hazards.

Manning Valley Race Club at Taree is the busiest of the local clubs with five meetings. The club has renovated the track and staged recent meetings with the rail out to allow further grass replenishment to cope with the upcoming meetings.

The first of Taree’s meetings kicks off summer holiday racing this Sunday with a seven-race TAB meeting featuring the Hydra Hose Summer Cup over 1600m on a card worth $154,000 plus BOBS bonuses. It is billed as a pre-Christmas event for families.

The club’s Executive Officer, Helen Sinclair, said there will be Christmas giveaways for the children plus a free jumping castle.

Then it is Wauchope Jockey Club’s turn with a five-race card at its Beechwood Road, Wauchope, home track, the feature being the Hastings Co-op Woop Woop Cup over 1800m.

The cup is more than half a century old and attracts a big crowd to its picturesque country track which is in great order after watering from its near course dam. The club has worked hard to keep the course as a traditional country one with new amenities including plenty of seating under cover.

Not only does a cup go to the winning owners but trophies also go to the trainer and jockey along with prizes for the best-dressed female and male in a Fashions On The Field competition.

A free bus for patrons leaves the Port Macquarie bus station at 11am and picks up at the Wauchope RSL at 11.30am and returns after the last race.

Buses run to and from both meetings, the Harrington Cup drawing crowds from the holidaymakers in caravan parks and other holiday accommodation, details on the Manning Valley Race Club’s website, office@manningvalleyraceclub.com.au.

The relaxed, social atmosphere keeps rolling with Port holding an eight-race TAB meeting worth $176,000 plus bonuses on Friday, January 10. Taree follows three days later on Monday, January 13, with a seven-race TAB card worth $154,000.

To further capture holidaymakers enjoying the Forster-Tuncurry area, Tuncurry-Forster Jockey Club has a special seafood day with six races, the feature being the $13,000 Oyster Cup over 1400m, on a six-race card worth $72,000 on Saturday, January 18.

Slotted between those two important venues is Port’s big eight-race TAB program worth $204,000, the feature being the $60,000 Queen Of The North Handicap over 1200m on Friday, January 24.

That list of meetings is bound to satisfy the most ardent followers of horse racing!